Chris Evans does not reprise his role as Steve Rogers in MCU show (Picture: Marvel Studios/Rex)

Marvel fans have been full of excitement across social media following the release of episode 1 of What If…? on Disney Plus, which introduces Peggy Carter (Hayley Atwell) as super soldier Captain Carter.

What If…?, based on the comic book series of the same name, depicts various scenarios from the MCU imagining if they had unfolded in a different way.

In the first instalment, while Steve Rogers (Josh Keaton) is chosen to be injected with the super-soldier serum, unlike the first Captain America film, Peggy ends up taking his place.

While viewers were ecstatic to see Mission Impossible star Hayley reprise her role as Peggy, other notable characters in the show aren’t being voiced by the original actors, with Chris Evans nowhere to be heard.

So why is Chris not starring in What If…? and who is the Steve Rogers voice actor Josh Keaton?

Why is Chris Evans not in What If?

According to What If…? director Bryan Andrews, they were aware that they wouldn’t be able to feature all the MCU stars in the show, with notable omissions including Chris, Robert Downey Jr, Brie Larson and Scarlett Johansson. 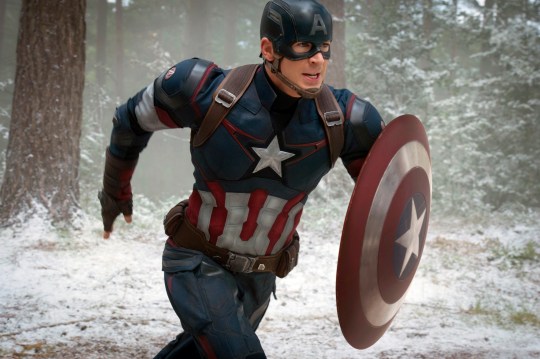 Star’s absence from What If…? may just be down to scheduling (Picture: AP/Disney/Marvel)

Speaking to Uproxx, he explained that ‘a lot of it is it’s like herding cats’, adding: ‘All of these people are extremely talented and they’ve got a lot of stuff going on. And we figured we probably wouldn’t be able to get everybody, just because scheduling is so difficult.’

Bryan said that it was ‘great’ that they managed to include many of the original actors, saying that while it would have been ‘awesome to have everybody’, you’ve ‘got to deal with what you’ve got to deal with’.

‘And if someone’s too busy and they can’t make it, it’s a bummer. We pivot and we get someone in that can rally and play to the spirit of that character. Not necessarily do “an impression,” but at least try to embody that and then make it a little bit their own, but hopefully not bug the audience too much,’ he said.

The director added to GamesRadar+ that the new voice actors that they feature in the show performed ‘really, really well’, stating: ‘We got some really great people that were able to come in, step in, and help us out.’

Josh, who voices Steve Rogers in episode one of What If…? opposite Hayley as Captain Carter and Sebastian Stan as Bucky Barnes, is an experienced voice actor, having starred in numerous films and TV series. 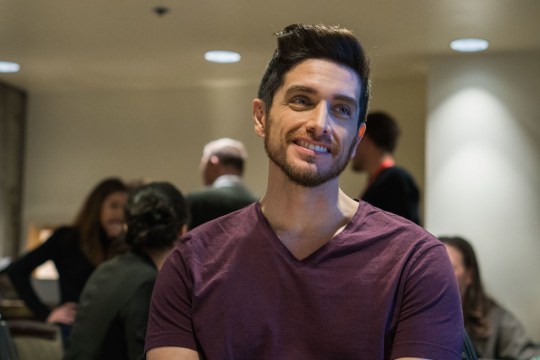 Some of his previous work includes playing Peter Parker in The Spectacular Spider-Man, Hal Jordan in Green Lantern: The Animated Series and Scott Lang in the Ant-Man TV series.

He has also appeared in Batman: The Animated Series, played Takashi ‘Shiro’ Shirogane in Voltron: Legendary Defender and voiced the young version of Hercules in the 1997 animated classic.

Josh, who was born in California, is also a musician, in addition to starring in a number of live-action films and TV shows, such as The Even Stevens Movie, Baywatch, Will and Grace and Bones.

Following the premiere of What If…?, Josh tweeted that it was ‘marvelous’ to be a part of the MCU.

Episode 1 of What If…? Is available to watch on Disney Plus with new episodes released on Wednesdays.