Martin Lewis has revealed he didn’t write his National Television Awards acceptance speech in advance, and that everything he said was a ‘surprise’ to him.

During his speech, he said: ‘It’s been a pretty horrible year financially. I mean, the energy crisis has been disastrous and left many people with terrible issues and mental health problems.

‘I’m afraid the next year with the mortgage problem and the knock-on to rent is going to be pretty bad. And you know what? We need somebody to get a grip on the economy and put things a little bit back.’

Chatting to Alison Hammond and Dermot O’Leary on This Morning about his win, Martin reflected: ‘I was very happy and totally surprised too! Because when you’re up against David Attenborough, you’re not expecting a win. Probably the times we’re in put me ahead there.’

After Martin plugged his show, Dermot joked: ‘I love that fact that you plugged your show during your acceptance speech too, classy move!’ 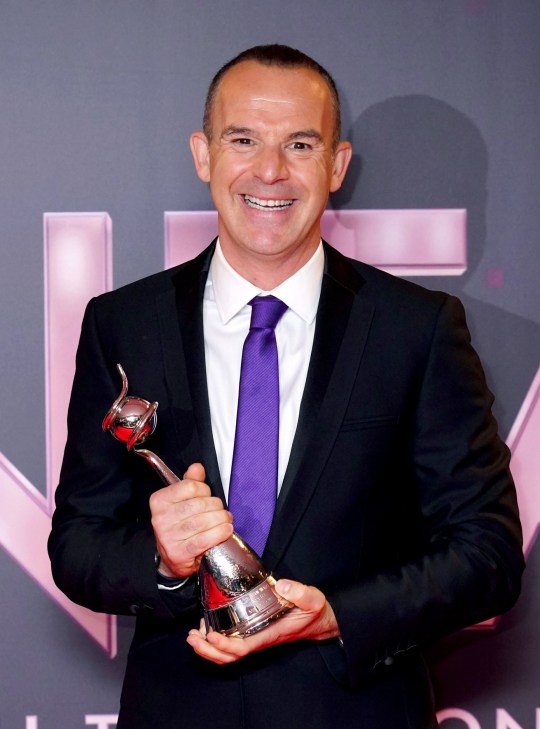 Martin was over the moon to win the award (Picture: PA)

‘I had no idea what I was going to say in the acceptance speech so everything I said was as surprising to me as to everyone else!’ Martin admitted.

The finance expert has become a regular on British TV in recent years as he gives advice on how best to handle your income and savings, which has become all the more important in the current cost of living crisis and unprecedented pandemic.

At the beginning of this year, Martin was awarded a CBE – Commander of the Order of the British Empire – in the late Queen Elizabeth II’s final New Year’s Honours.

He told the PA News Agency in January that he was ‘gobsmacked’ to be made CBE – and almost missed out after Buckingham Palace sent his nomination to an old address.

‘I was genuinely very surprised. I knew some people had nominated me but it was way past the time when you’re supposed to receive a letter,’ he said.