Martin Lewis apologises for ‘stepping over the line’ with Sajid Javid

Martin Lewis apologised on Monday’s edition of Good Morning Britain in case he had ‘stepped over the line’ by ‘putting on my campaigner’s hat’ while interviewing Health Secretary Sajid Javid.

Mr Javid appeared on the show to discuss Spring booster vaccinations, which are being offered to five million vulnerable people, including the over 75s and the immune suppressed.

Talk also turned to rising energy costs and the impact that would have on those living with disabilities.

After Mr Javid said there was help available to those who needed it, with payments being regularly kept under review, as well as other levels of support, including a government package of around £9 billion, co-host and Money Saving Expert Martin wanted to press the minister further.

Having admitted on BBC’s Sunday Morning programme the previous day that the cost of living was climbing so high that even he, as an expert, felt ‘out of tools to help people now’, Martin began: ‘If you’ll forgive me taking off my presenter’s hat for a second and putting on my campaigner’s hat – Secretary of State, people are oxygen concentrators, people on dialysis machines, people with electric wheelchairs are in panic and shock that their lives are going to be cut off because of these energy rises.’

He continued: ‘I know we have cabinet government; I know you sit around that table. Please, as Secretary of State for Health, will you champion those people and make sure that we don’t disable their lives going forward with what’s about to happen in April?’


Martin was passionate about the issue he was discussing with Mr Javid (Picture: Ken McKay/ITV/Rex/Shutterstock) 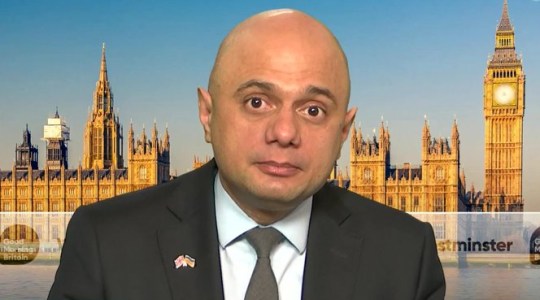 The Health Secretary did respond, and said he would ‘champion’ the people who needed his help (Picture: ITV)

As Mr Javid began to answer, Martin clarified: ‘It’s not a question, you don’t have to answer or give me a commitment here’, making it clear he’s felt moved to plead on behalf of others.

The Health Secretary then gave a ‘very straightforward’ answer, replying: ‘Yes, absolutely. Those are some of the most important people in our society and that is exactly the kind of people we should do everything we can to support, including for my department and the NHS.’

Presenter Martin then thanked the minister and asked him to ‘forgive me if I just broke the rules there’ as co-host Susanna Reid wrapped up the interview. 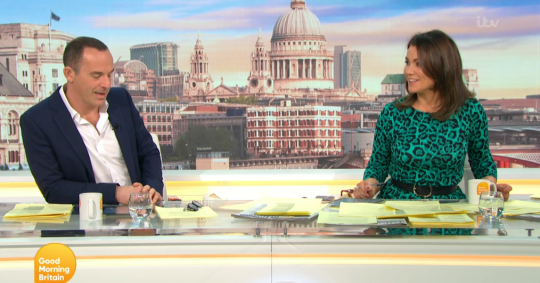 She then reassured Martin over his outburst, explaining: ‘You’re forgiven by the way, you’re allowed to have an opinion on this programme.’

However, the financial expert admitted that it had been ‘a campaigning call’.

‘I hope I didn’t just break some broadcasting regulations by doing that and stepping [over] the line, but I did think it was important,’ he added.

I had a Cheshire mansion, designer clothes and dream wedding but I was suffering in silence, says ex-Man Utd WAG