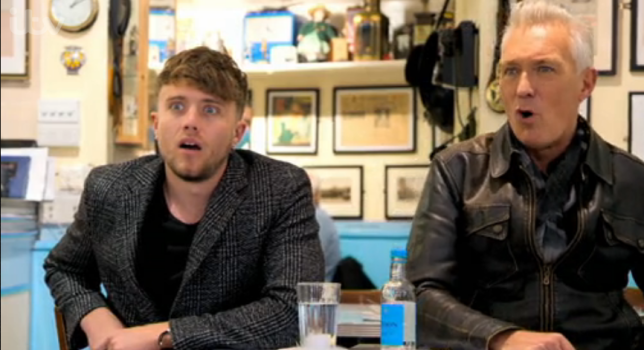 Martin and Roman Kemp were stunned to meet a distant cousin who had helped their family in the past (Picture: ITV)

Martin Kemp was left speechless when a distant cousin he had just met turned out to be the paramedic who rushed his daughter Harley to hospital when she fell ill.

The Spandau Ballet star appeared in ITV documentary DNA Journey alongside son Roman, and together they tracked down their family history.

In the programme they met their distant relatives Pat, Jacqueline, Tabitha and Coulumbe who Martin was related to through Pat’s grandmother’s grandfather.

As they chatted to the women, Tabitha revealed that she has worked as a paramedic for nearly 30 years.

She recalled visiting Martin’s home in the past to attend to his daughter and Roman’s sister Harley when she was ‘really ill’.

She said in the episode: ‘I’m a paramedic and I have been for 26 years. I’ve actually been out to your house in the ambulance to see your daughter, me and my crew mate Amanda.’ 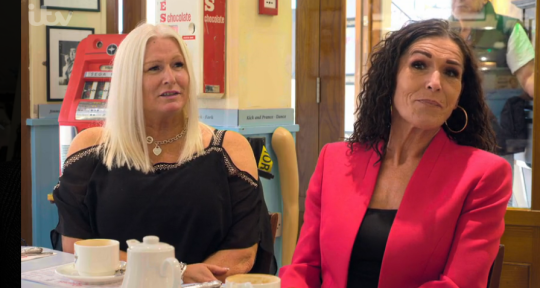 The musician replied: ‘It’s just mad. I remember, I remember Harley being really ill. What can I say apart from thank you?

‘At the time when you came in the house you never knew.’

Pat also explained that music ran in the family, telling the father and son: ‘We’re related through my grandmother’s grandfather, he came from Germany and was a strolling musician.’

After speaking to their cousins, who also had a video call with Martin’s brother and Spandau band mate Gary, the actor told Roman: ‘It’s the strangest thing, I don’t know if you’re making it up in your head but you can feel such a connection.’

The radio presenter replied: ‘I find it so strange that one of our cousins took Harley to the hospital. Harley would find that so weird.’

‘She was looking after just a member of her own family,’ his dad added.

There were also emotional moments as Martin was reminded of his underprivileged background and life with his late dad, who bought Gary his first guitar.

He teared up as he spoke about how happy he and his brother were to be able to show their parents their success with Spandau Ballet in the 80s. 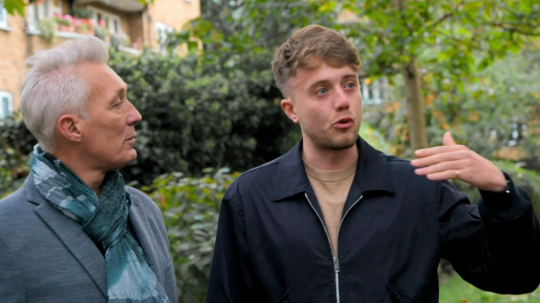 Martin shared: ‘We could take our mum and dad on this incredible journey that they’ve never seen, they ended up touring the world, hanging out with one of the biggest bands in the world at the time.’

Roman, also becoming emotional, added: ‘That is a world that is so far removed from mine, I’ve grown up with everything I’ve ever wanted.

The Bachelor’s Taylor Nolan Is Under Investigation for Past Tweets