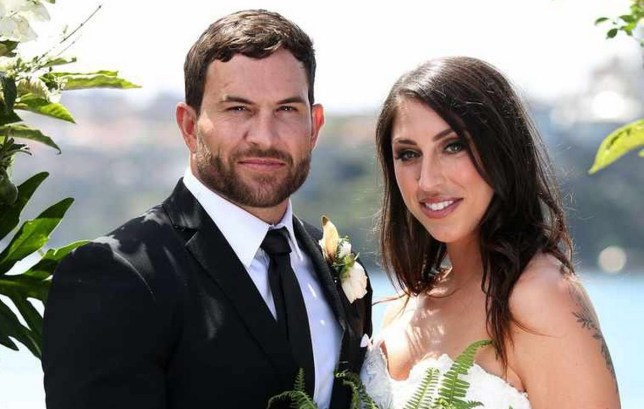 Tamara Joy spoke about her time behind the scenes with Dan Webb (Picture: Nine)

Married At First Sight Australia’s Tamara Joy has spoken about her time on the show, saying that Dan Webb ‘left her terrified after a drunken rage’.

The reality star said that as well as ‘husband’ Dann cheating on her with Jessika Power, he also left her scared following an outburst that wasn’t broadcast on the show, causing her to switch rooms.

Speaking to The Sun, Taram said that he was removed from their flat with Dann following an incident behind the scenes.

‘Dan and I were unhappy and cooped up in an apartment together. Prod­ucers were really pushing for me to like him, which was awkward,’ she said.

‘We needed a break so found a pub and had loads of beers. It was a great day. But Dan started to get loud and aggressive. I could see a switch flick in his head.’

She added: ‘It’s like his alter-ego that switches on when he drinks and he says really nasty things. He’s aggravated. I got upset by his behav­iour and left him there.’ 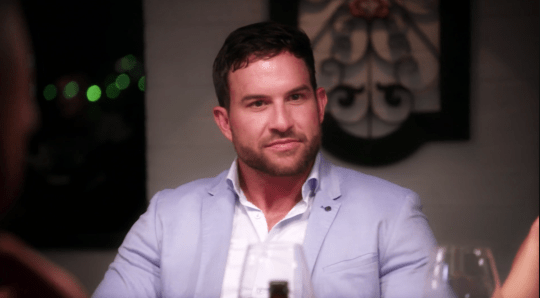 Tamara then said that she went to another venue with ex-army officer Mark to meet his sister, and she returned to Dan’s apartment later that evening.

‘I started cooking eggs on toast. Suddenly he stormed out of the bed­room in his briefs like boxer Conor McGregor. He huffed and puffed, demanded to know what I was up to and blocked me off in the kitchen,’ she said.

‘I was holding my plate, trying to walk out, and he pushed me back and slam­med the fridge door closed. My plate smashed on the floor. I was terrified. He’s a big guy, I didn’t know him well.’ 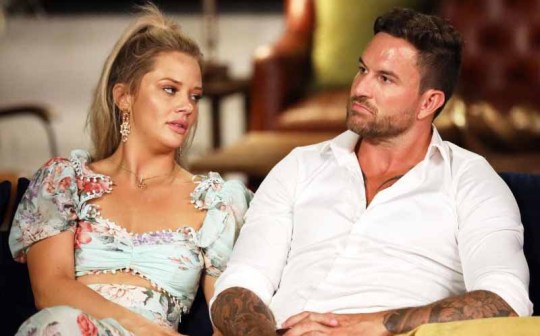 Tamara added: ‘I ran out of the apart­ment crying. I went to the resident producer and demand­ed she get me another apartment.’

The reality star also said that she was frustrated that none of the scenes were broadcast on the show as ‘it just looked like I hated Dan for no reason’.

‘None of it was shown because it didn’t go with their storyline,’ she said.

Dan raised eyebrows with his antics on the show, when he embarked on an affair with Jessika Power – despite them being married to Tamara and Mick Gould respectively.

Season six of MAFS was initially filmed in 2018, but is currently airing in the UK on weeknights on E4.

Metro.co.uk has reached out to Dan Webb’s representatives and Married At First Sight Australia for comment.

Married At First Sight Australia continues on weekdays, at 8.30pm on E4.