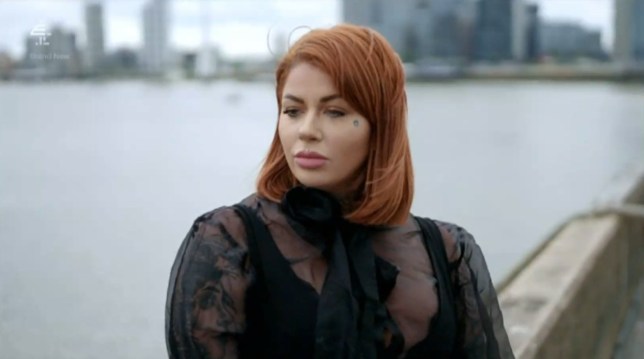 Gemma has spoken out about her experience on the series (Picture: E4)

Married At First Sight UK’s Gemma Rose has spoken out about how she was left feeling like she ‘wanted to die’ and claimed E4 ‘slut shamed’ her.

Gemma was paired with Matt Murray, and the newlyweds – after meeting at the altar – joined the experiment as latecomers.

However, things didn’t go off to a smooth start, as Matt wanted Gemma to ‘tone it down’ at their wedding, calling her sexual references and innuendos ‘too much’.

Things took a much worse turn when Matt ended up having an affair with Whitney Hughes – who was married to Duka Cav – before they asked the relationship experts to let them stay on together as a new couple.

Gemma quit the experiment as a result, saying: ‘For my dignity and for women that have been treated that way I’m definitely saying leave.’

Since taking part in the show, Gemma has previously criticised the ‘unacceptable’ editing of the series, saying that in her opinion, she’d been painted as a ‘villain’. 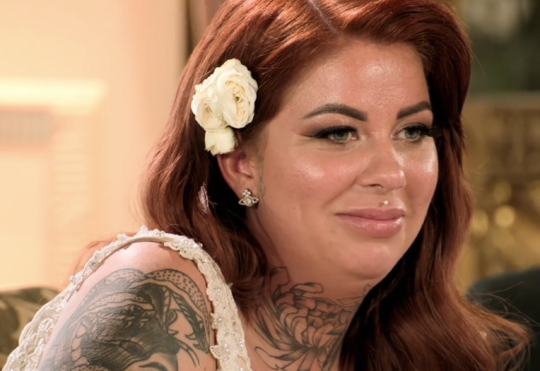 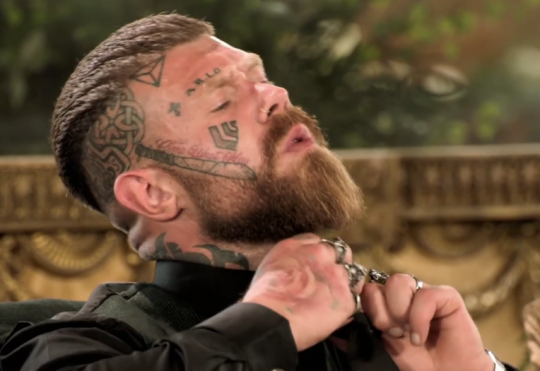 Now, she’s revealed that she suffered panic attacks, exhaustion, and believes she was ‘coerced’ into staying on the show.

She explained: ‘I feel that Matt slut shamed me, I feel like the experts did also.

‘He has the same sense of humour as me and made very similar comments on the wedding day, which didn’t make the edit.

‘He asked me “Do you like it rough? I’m going to choke you in the bedroom.”‘

She continued to Mail Online: ‘It’s been made to look like he was the victim when he just didn’t find me attractive. 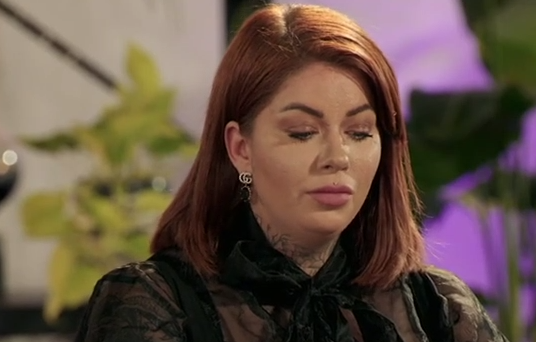 ‘Matt made that up to deflect what he did in that restaurant, which was getting aggressive, flipping a chair back, and storming away. It obviously did not happen.

‘I defended myself on more than one occasion and said that’s not f***ing true, but it didn’t make the cut because the storyline was too good.

‘I was told it wouldn’t be put into the final edit and I was disgusted when it did. E4 is not allowed to manipulate a storyline like that so I will be taking it further.’

Gemma also told the publication she expressed that she ‘didn’t feel safe in the experiment,’ adding: ‘I don’t feel like that was heard,’ recalling an incident where she found Matt’s ‘body language’ to be ‘aggressive.’

She added that she didn’t ‘cope well’ with the ‘toxic environment’, and highlighted instances in which she felt as though she should have been ‘removed’ after not feeling ‘safe’. 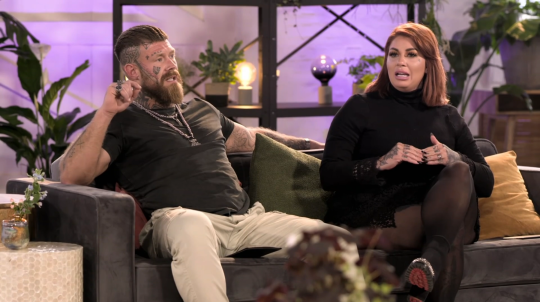 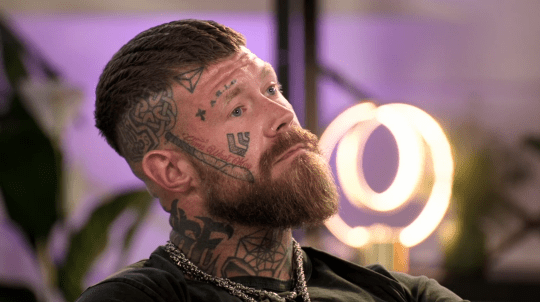 Matt said some of Gemma’s remarks had made him feel ‘uncomfortable’ (Picture: E4)

‘Welfare was fantastic in the sense that they came to see you multiple times a day, which was great,’ Gemma also added.

‘However, it wasn’t enough considering the toxic environment that we were in and I don’t cope well with that.’

Gemma also called the experiment the ‘worst experience of her life,’ saying she felt ‘trapped’, and felt ‘coercion’ to stay on the show.

She elsewhere admitted that she rung her mum and told her ‘that I wanted to die’.

A Channel 4 spokesperson told Metro.co.uk: ‘Married at First Sight UK episodes are carefully put together and we ensure that what we broadcast is a fair and accurate reflection of the events that unfolded. Contributor care and safety is of paramount importance and we work closely with our production partners to ensure robust contributor care protocols are in place and that appropriate support is available to contributors before, during and after broadcast, including access to our experts and an independent psychologist.’

Gemma’s comments come after she accused the show of creating storylines that can ‘ruin lives’.

In a statement shared on her Instagram Story after the episode in which Matt alleged she had masturbated in a restaurant, Gemma claimed it was ‘one rule for her’ and another for Matt, writing: ‘We went for dinner with our camera crew and he was bantering he got funny with me when I said it’s okay for you to make those jokes but not for me he commented on my body language being different.’

She continued: ‘I made the jokes I made and he made his. He flipped his chair back and stormed out of the restaurant very angry.’

In a video later shared on social media, Gemma said that the ‘the storylines they have created of me, ruins lives’.

‘It’s not okay. I have two children and a business. And I think if you asked any of the team who worked on Married At First Sight they would say I was one of the nicest people that worked on it. This is unacceptable,’ she said, before making claims about comments Matt supposedly said to her on their wedding day.

‘I think if you knew some of the things Matt said on the wedding day, which I don’t know why they haven’t been shown, maybe because they were actually worse than mine…’ she said.

Married At First Sight UK next airs on Monday at 9pm on E4 and All 4.