Nikita has been removed from the show (Picture: E4)

Married At First Sight UK got very tense ahead of Nikita Jasmine’s exit, as she shouted at Jordon Mundell at a chaotic dinner party.

It’s been confirmed that Nikita was removed from the show due to an off-camera incident, with her exit set to be shown on Thursday night.

However, in scenes before her exit, the star, who tied the knot with Ant Poole clashed with Jordon, who married Alexis Economou, in a big way.

After Jordon described Alexis as not his type, Nikita lashed out at him, with Alexis defending Jordon despite them having had their issues.

‘I absolutely hate him,’ Nikita fumed.

‘I couldn’t give a f**k about this show,’ she said, before storming off and threatening to quit the show completely.

Ant said to the rest of the contestants: ‘Do you now understand what I’m dealing with?’

While Nikita clearly didn’t walk out, she has been removed from the show.

A statement read: ‘The wellbeing of cast and crew is our utmost priority at all times throughout production and beyond. 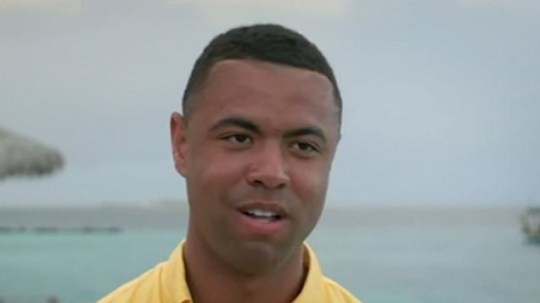 ‘During filming, a situation escalated off camera and Nikita displayed a level of aggression that was unacceptable and breached our agreed code of conduct on behaviour.

‘As a result, she was asked to leave the experiment. All involved have been offered support and Nikita has since apologised and resolved the situation with those involved.’

Elsewhere on the show, Ant and Alexis seemed to be getting close and a newfound romance could be blossoming.

‘What is your type?’ Ant asked, cheekily questioning: ‘Green eyes?’

Giggling, Alexis said her type is whoever she ‘vibes’ with.

Alexis couldn’t stop smiling, later admitting to the cameras that she may have found ‘ĺove waves’ in the UK rather than on her honeymoon in the Maldives with Jordon.

TV tonight: Martin Clunes in a true-crime drama about a case that haunted the Met | Television & radio