The series was filmed in 2018 and recently played out in the UK on E4, leaving viewers obsessed.

Matt had signed up to MAFS in the hope of finding a wife and was paired with Lauren Huntriss, with it later being revealed he was a 29-year-old virgin.

Short after having sex for the first time, they began growing apart, and were the first pairing to leave the experiment.

Appearing on today’s instalment of Lorraine, alongside new girlfriend Bella Jameson, he opened up about the series – and confessed that he still hasn’t been able to watch it back.

‘I can’t. It’s too triggering, I just….,’ the videographer told the host when asked if he’d tuned in since filming. 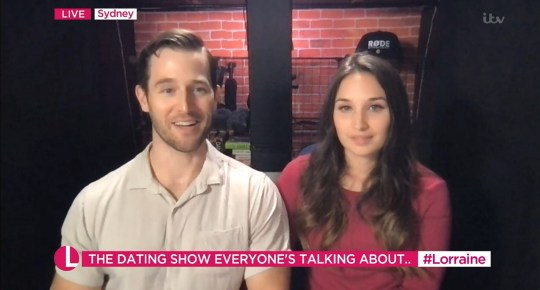 Matthew Bennett opened up about his time appearing on Married At First Sight Australia (Picture: ITV) 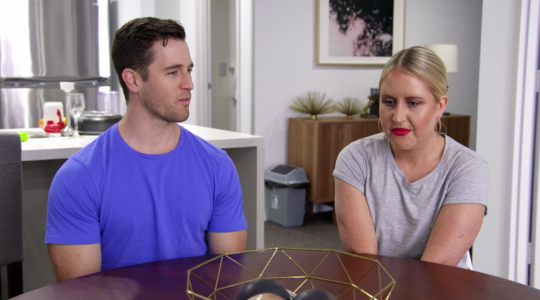 ‘No, no, there’s some things are just better left in the past.

‘I kind of have a theory that, this was just my experience, but it feels like in some of the couples, they match the polar opposites together and see what will happen.

‘That’s where the drama sparks from.’

Viewers tuned into to see Matt and Lauren say their ‘I dos’ at the very beginning of the series, in front of their nearest and dearest.

Shortly after, they were whisked away to a swanky honeymoon, and made to live together upon their return.

However, the star also confessed that he doesn’t count himself as being married before.

When Lorraine questioned if he saw himself as a ‘married man getting married again’ – if his relationship with Bella became more serious – he added: ‘I see that as no different than the wedding of a soap opera.

‘The amount of takes and angles and times they made us redo stuff that was… I don’t count that, that’s like a soap opera wedding.’

Lorraine continues on weekday mornings, at 9am, on ITV.