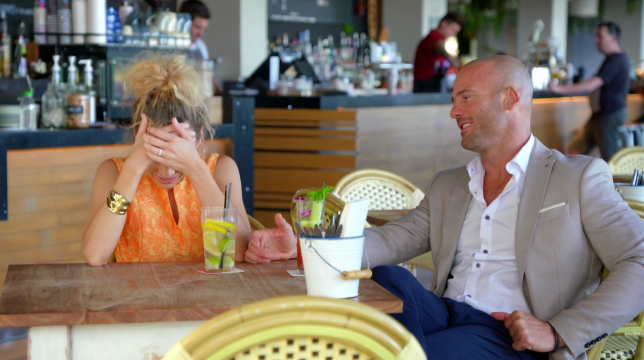 Married At First Sight Australia couple Mike Gunner and Heidi Latcham hit a slight rough patch in their relationship during the most recent episode of the show – and it was excruciating to watch.

MAFS season six was originally on Down Under in 2019, with the series currently airing on E4 in the UK now, meaning that we are watching the drama unfold for the very first time.

Mike and Heidi have previously had their fair share of rows, but appeared to put everything behind them for the sake of their marriage.

But their romance faced another snag as they caught up for a drink during the homestay trip on the Gold Coast.

Things began swimmingly enough for the couple, with Mike telling his wife how much he was enjoying her company, and floating the idea of them both living on the Gold Coast when the experiment ended.

‘I really like this girl,’ he told the camera. ‘I mean, particularly in the last couple of days. 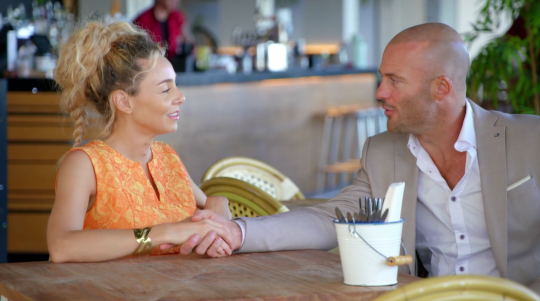 Mike put his foot right in it over a casual drink (Picture: E4)

‘I know it’s been five weeks we’ve been together but it only really feels in the last couple of days she’s really let her guard down.’

However, things quickly changed when the groom put his foot right in it.

‘Well you know I’ve never said “I love you”… Does that worry you?’ he asked, as Heidi insisted that it didn’t phase her.

‘Well maybe I’ll try and fall in love with you,’ he said.

‘No babe, don’t say that,’ she replied, with her head firmly in her hands. ‘That’s the worst.’

Just when it was all going so well… 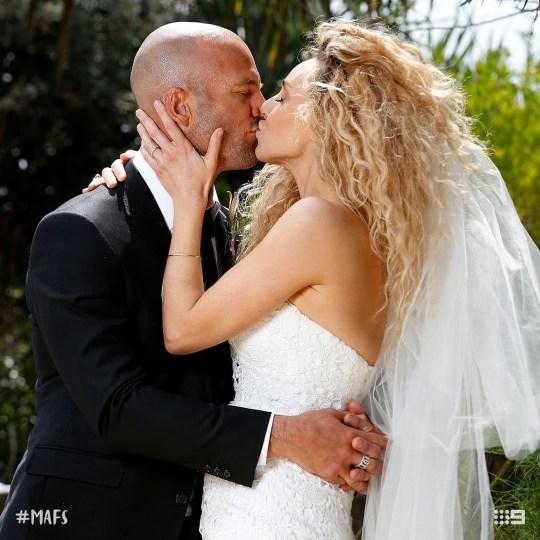 Mike and Heidi had a rollercoaster time of it on MAFS (Picture: Nine)

Mike clearly didn’t understand the warning signs, as he dug himself further into a hole.

‘I’m trying to be charming, kind of,’ he continued. ‘Don’t people say that all the time?

‘I mean, I really think you’re great… Do you think I love you?’

Heidi – and all the viewers watching on from home – begged him to stop. 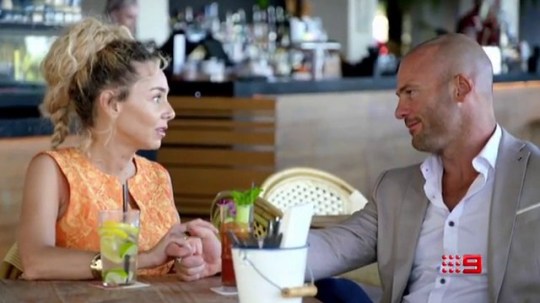 Will they be able to smooth over this rough patch? (Picture: Nine)

Desperate to make himself clear, Mike insisted: ‘Let me start over… I feel like I was trying to give you a compliment just now about, “I think I could fall in love with you.”

‘I didn’t think that was a bad thing to say. I don’t want to insult you about that stuff.

‘I really want you to know that I think the world of you and I see potential in a future with us. I know I’ll fall in love with you. I know it. And maybe I am, a little.’

When Heidi went silent, in a bid to change the topic, he went one further, adding: ‘I like this new you.

‘The old you would have been so cranky right now, wouldn’t have got past that.’

Anyone else desperate to climb through their TVs and just get him to stop?

Things don’t appear to get any better between the lovebirds, as a teaser shows them looking tense at a dramatic dinner party.

Over to you, Mike…

Married At First Sight Australia continues on weekdays, at 7.30pm, on E4.