Married At First Sight: Australia fans have turned on Susie Bradley after an explosive fight with husband Billy Vincent over sugar.

After being warned their behaviour was ‘toxic’ by the experts on the show, and it was revealed she had a secret daughter, Tuesday night’s episode saw the pair attempt to build bridges and reach a compromise.

However, things soon devolved into chaos when after a day at the beach together, Susie accused her other half of lying to her over whether they had sugar substitute Splenda in the house.

She also claimed that he’d lied about how often he surfs, leading her to declare: ‘How can I believe anything that comes out of your mouth?’

‘If I lied to you and I was cheating on you, yes we’d have a problem, but this is ridiculous,’ he responded.

Billy was left in tears over the moment on the beach and it only escalated once they’d returned to the house. 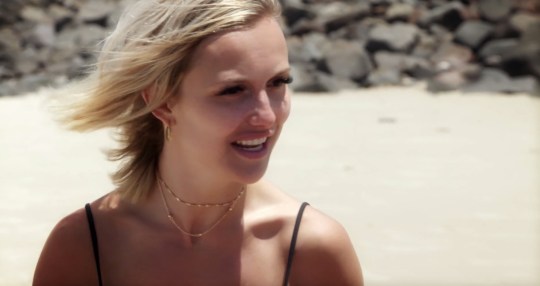 Susie let rip at Billy leaving him in tears after the beach (Picture: E4)

‘You’re very, very hard to have a relationship with, and I’m trying my best,’ Billy told her. ‘Even after I’ve had a week of being belittled and talked down to.’

Susie refused to acknowledge she’d done anything wrong, and said that since the commitment ceremony she’d been ‘nothing but fabulous to him’. 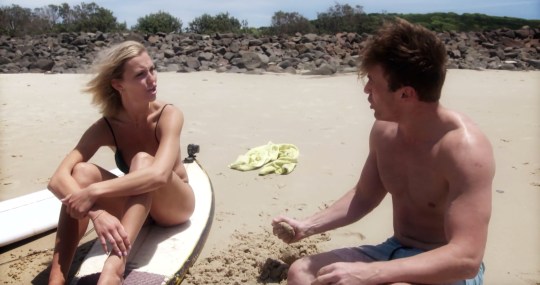 The pair argued about whether there was Splenda in the house (Picture: E4)

‘It is not a big deal. It was never a big deal. It’s not a dealbreaker,’ Billy then told her, causing her to start calling him names and telling him that he was being ‘ridiculous’.

Eventually Billy asked her to leave, with fans delighted to see her walk out after becoming concerned about Susie’s behaviour, saying the scenes made them feel uncomfortable.

#mafs @MarriedAU just catching up in UK and hoping Susie has grown as a person since the show.. as her attitude was disgusting. No man should be told he has no balls or to man up and be so aggressive and mean! #guiltytvpleasure

I get where Susie itâs coming from with the fibbing, but thatâs not the way to go about treating someone. No wonder he panics & fibs!
Even when she is being âniceâ she actually isnât. Her compliments are just so negative.
Thereâs a fine line between being honest & rude #MAFS pic.twitter.com/uWEMlWMBwu

The series continues tonight, with the remaining couples continuing to establish their marriage after getting married within moments of meeting.

So far, it’s been pure, addictive chaos – with two couples being thrown into jeopardy with an ‘affair’ between Sam Ball and Ines Basic, who were caught stealing a kiss with others.

During the latest commitment ceremony, Susie was warned about her behaviour, with her belittling attitude towards her husband being labelled ‘toxic’.

She was told to be more wary of her passive aggressive actions towards him, including eye-rolling, calling him names and starting fights.

Married At First Sight: Australia airs weeknights on E4 in the UK.