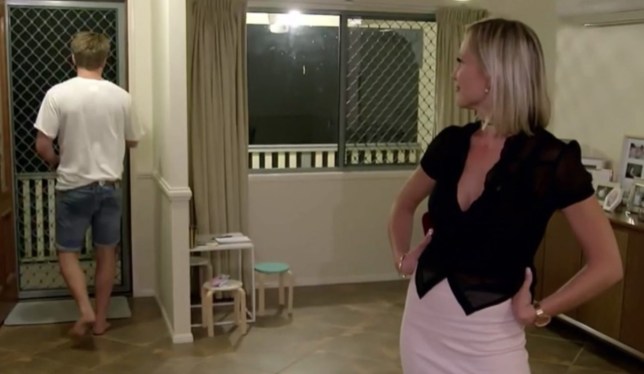 Billy was so quick to leave Susie he didn’t bother picking up his shoes (Picture: E4)

Billy and Susie’s relationship seemed well and truly over in the latest episode of Married At First Sight Australia – with Billy not even stopping to put his shoes on as he stormed out on her.

The newlyweds have been on rocky ground pretty much from the start, with Susie’s fiery personality often leaving Billy in tears.

However, as the pair spent time at Susie’s hometown of Jimboomba, things reached breaking point with rows blowing up continuously, and seemingly over nothing.

After a visit from her dad ended in disaster, Susie blew up over a flippant comment about the two men in her life getting along, leaving Billy sleeping on the sofa.

But the relationship officially came to a head during a meeting with her girlfriends.

A resigned Billy spoke to the girls about her behaviour and begged them for advice, only to be told to ‘take some of the responsibility’ and being told it’s not all on her. 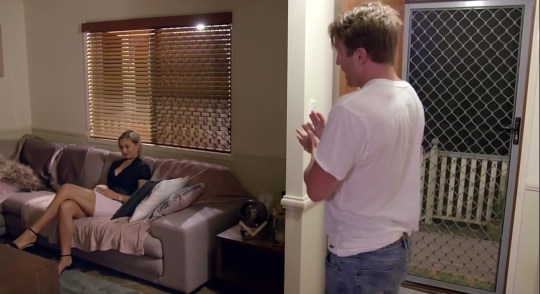 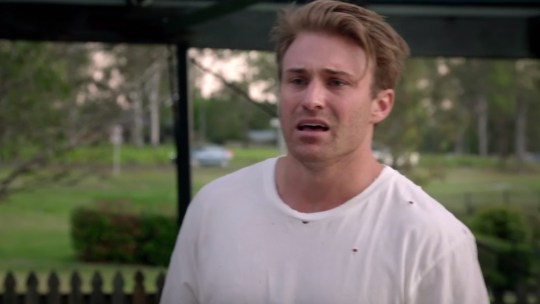 Billy broke down in tears after walking away from her friends (Picture: E4)

‘Yeah, well the pressure has been put on me, and I have been trying to make it work,’ he then told them. ‘I’m sorry to say, I’m not going to agree with you. She’s difficult, she’s nasty, and I cannot stand her to tell you the truth.’

Storming out of the meeting, Billy labelled them ‘enablers’ of her behaviour, and on their return to the house he packed up his things and left, declaring their marriage over.

He then told the camera: ‘They can have Susie. They love her for what she is – a rude obnoxious, nasty woman.’ 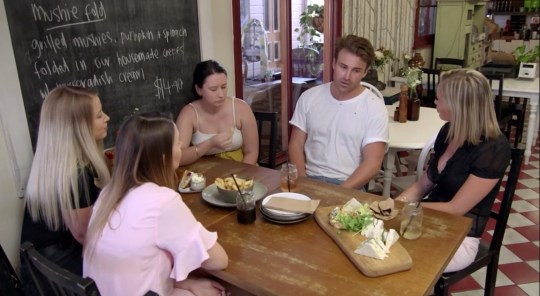 Susie’s friends said that he needed to ‘take some responsibility’ with Susie (Picture: E4)

Heading back to the house, Susie tells him he can’t stay that evening, prompting him to declare the married officially over and calling the experiment ‘one of the worst experiences of his life’.

As Susie refused to even look at him, Billy grabbed his stuff and stormed out of the house, only to return moments later to pick up a jar of Nutella from the pantry.

All of this, without his shoes on.

Viewers couldn’t help but laugh at the scenes as they unfolded, questioning why if he was coming back he wouldn’t think to put something on his feet.

Jamie Lee Curtis Put Popcorn in Her Ear Instead of an AirPod: Photo

We Tested The NEW Ninja Foodi Grill. Here’s Why We Love It