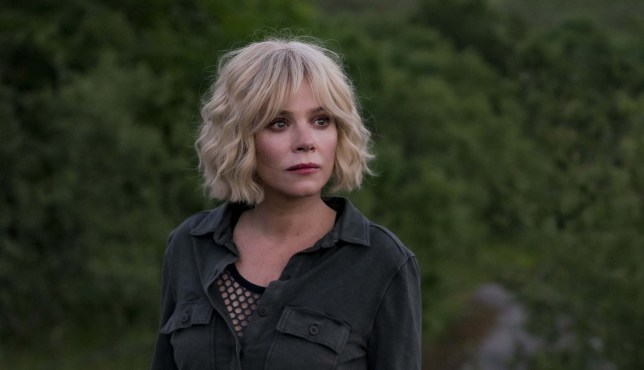 Marcella viewers were gripped tonight as Rav (Ray Panthaki) confronted his former colleague after spotting her in Ireland undercover as Keira.

During the latest episode of the ITV drama, Marcella (Anna Friel) continued to go deeper undercover in her new persona as Keira after faking her death in series two.

However, her ruse came under threat as former colleague Rav spotted her for the first time since she tried to throw herself off a building.

Marcella, now sporting bright blonde hair, attacked Rav and left him handcuffed to a toilet cubicle after confessing what really happened to her daughter Juliette.

After flying over to Ireland for a murder investigation, Rav is now hot on her heels after spotting her there.

Finn’s brother-in-law Bobby Barrett (Martin McCann) got himself into trouble after murdering the son of a politician in a nightclub in London.

Despite Marcella helping him to cover his tracks, the police are still able to trace the murder back to Bobby. 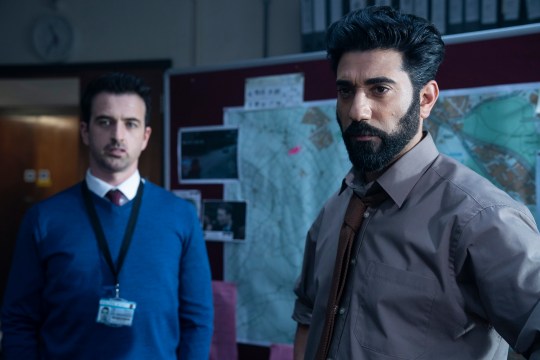 Rav (left) is back in action (Picture: ITV)

Rav ends up going to the house where Marcella aka Keira is staying to speak with his suspect. Neither of them were home, but he did end up coming face-to-face with his former foe.

Despite repeatedly asking if she was Marcella, ‘Keira’ strongly insisted she wasn’t her but her game was perhaps a little too convincing for some viewers.

‘I’d say she’s pretty into being Keira now. Is that #Marcella or is it @annafriel?’ one viewer quipped.

Reacting to the reunion between Marcella and Rav, one tweeted: ‘Oh Rav’s finally noticed her! I’m absolutely obsessed for the moment that @RayPanthaki and @annafriel reunite on screen!’

‘Omg Rav has recognised #Marcella this is getting interesting now. I stay completely silent when im watching it so i dont miss a single thing im gripped,’ another weighed in.

Another viewer commented: ‘This is really interesting now, #Marcella so rav knows who she is but marcella isnt giving anything away. The officer eddie is defo in with maguires, hes informing them about the police, he rang jamie to tell him but he was in flagrante with keira i love this and @annafriel.’

Marcella returns next Tuesday at 9pm on ITV.