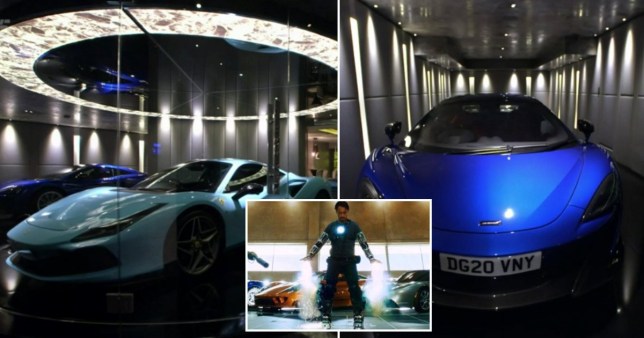 A millionaire who appeared on Channel 5’s Million Pound Motorhomes showed off what it’s like to live (almost) like one of the most popular superheroes in the world, displaying his so-called ‘man cave’ which he said is often compared to Iron Man’s garage.

On the latest episode of the programme, which was titled Million Pound Garage Conversions, a man called David was featured who spent over half a million pounds turning his garage in Cheshire into the ultimate leisure and entertainment space.

Not only does the 1500 square foot space feature a Ferrari on a turntable, but it also comes with a games room, a swimming pool, a cinema room and a climate-controlled wine cellar.

‘When people walk into the garage it’s always the same reaction,’ David said on the show.

Not only does it look pretty, but David said that the parties he and his girlfriend Michelle host in the converted garage are ‘legendary’. 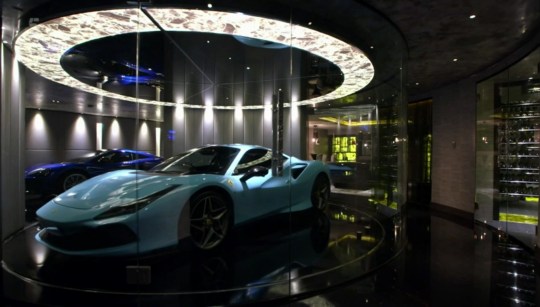 David has his Ferrari on a turntable on in the garage (Picture: Channel 5) 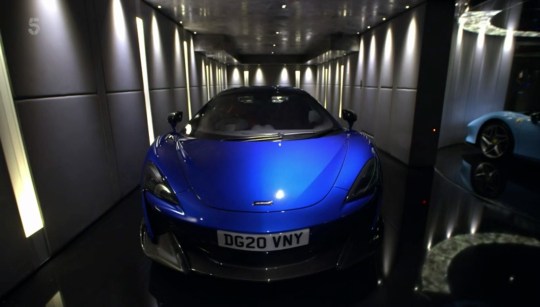 With a Ferrari in the background, a wall full of spirits and a pool table to boot, that sounds about right.

Having worked his way up in the world of business, David explained that he was raised by a single mother and didn’t have much money growing up.

‘I didn’t even have a garage in our house, so I guess my dreams back then were modest,’ he stated.

But despite the fact his garage looks like something you’d find on a movie set, David has his sights set on something even bigger. 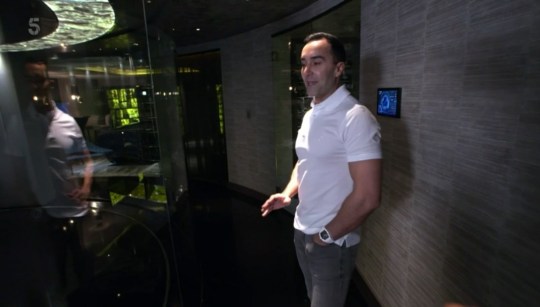 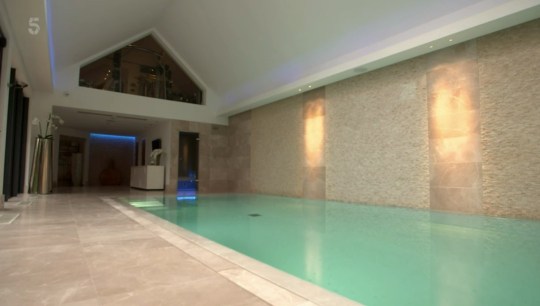 The garage even comes with a pool (Picture: Channel 5)

Having renovated their garage in Cheshire, David and his partner are looking to move to Surrey, where they want to build a garage that’s around double the size.

Speaking to a man called Simon Ward, who was the brains behind his first ‘man cave’, David said that he wanted to instal two turntables in the new garage.

Simon outlined plans to build the new space with a pool table, a cinema, a bowling alley, a gym, a changing room and a swimming pool, leaving David excited beyond words.

One can only imagine what the next update will be like a few years down the line when David decides he wants a garage that boasts three turntables for his luxurious cars to spin on.

Million Pound Motorhomes is available to watch on My5.