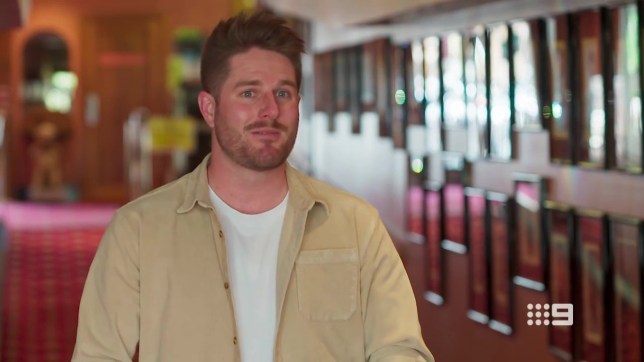 Bryce Ruthven has been criticised for his ‘cringe’ stand-up routine (Picture: Nine)

Married At First Sight star Bryce Ruthven has come under fire for an old stand-up routine which has been dubbed ‘racist’ and ‘cringe’ on social media.

Fans of the show found the performance, from seven years ago, on YouTube in which Bryce describes himself as ‘a black person stuck inside a white person’s body’.

He told the audience: ‘There’s a bit of a thing going around on stage. I cop a bit of s**t because I feel like I’m a black person stuck inside a white person’s body.

‘I’m a big fan of ghetto music. Have you heard of Johnny Ruffo? He’d be my number one man. Timomatic? He’s up there with one of the greatest ghetto singers ever.’

‘I’m now 24, and at 3am in the morning I like to sing that line to a girl, she normally has to be drunk to actually buy it and come home.’

There was also a punchline directed at comedian Akmal Saleh, as Bryce said: ‘I’m from Cronulla, anyone remember the Cronulla Riots? Akmal might have been involved, I haven’t asked him but he is Middle Eastern, so I’m not sure.’

The video has been shared on Instagram and Twitter and drawn backlash from social media users with many labelling it ‘cringe’.

One comment on Twitter read: ‘Bryce’s old stand up comedy routine (I could only cringe) from when he was 24. Racist and sexist, so nothing much has changed.’

‘“I love Ghetto music”. What?!’ read another comment as one replied: ‘Wow. The racism here is not even “casual”.’ 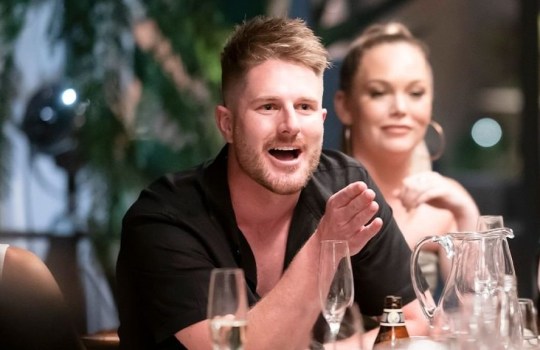 Bryce has not been popular on the show (Picture: Nine)

A further comment read: ‘“Ghetto” music… so you mean to tell me that not only is he a worthless sac of…. he’s also ignorant to boot….’

One person fumed: ”Ghetto music’??? Timomatic is pop. Is it “ghetto” because he’s black?’

Bryce has not been popular with viewers on the current series of Married At First Sight following his comments towards wife Melissa Rawson on the show.

Viewers have seen him say she ‘wasn’t ugly’ when she walked down aisle, and he has also stated he wouldn’t approach Melissa if he saw her at a bar.

From a cup of tea to footie and the freedom to be who you want to be, Sun readers on what being English means to them