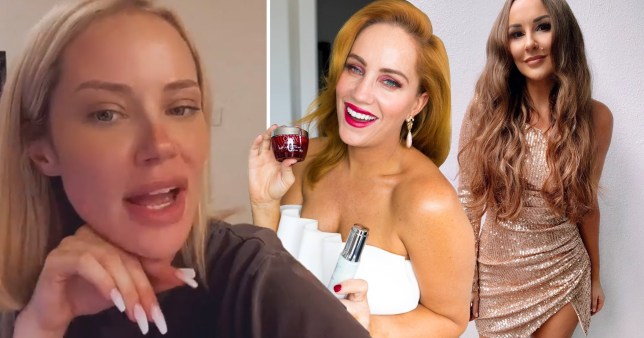 The pair became close during their time on season six of MAFS, which was filmed in 2018, and the final reunion saw Jules publicly ask Mel and Heidi Latcham to be her bridesmaids, ahead of her official wedding to Cam Merchant.

Things changed after filming, with Mel revealing she was later removed from the bridal party – but the reason behind their spat has never been made public.

Discussing what may have caused the former pals to fall out, Jess said it could be due to rival endorsement deals.

Appearing on the Unpopular podcast, she told host Jacques Peterson: ‘I don’t really know too much what happened with those two.

‘I heard it was over – and this is complete rumours – apparently something to do with Jules did a Jenny Craig ad, and then Mel did a Slim Fast ad or something. 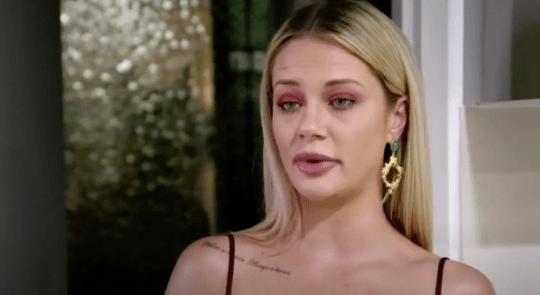 Jess has shared her thoughts on Jules and Mel’s falling out (Picture: Nine)

‘Apparently there was jealousy between the two, but I mean honestly, if that is the truth, I’m so mad because Jules used to slam me for only being on the show for Instagram and for followers.

‘And look, it just seems like she was the one that wanted to get the most influencer deals when she just came straight off the show.’

Despite this, Jess leapt to her former co-stars’ defence to clear up speculation that Jules and Mel didn’t attend the recent reunion over the drama.

‘I feel like she [Jules] is married now, she’s had a baby. She’s moved on from the show,’ she added.

‘I don’t think that she would be a diva and be like, “I’m not going there if Mel’s going to be there”.

‘And I don’t think Mel would make a scene and call her out, and be like, “Well, why did you take me off of your bridesmaids list?” or whatever happened.’

Clearing up the drama slightly, Mel told Metro.co.uk that she wasn’t ‘aware’ about the rumours concerning Instagram deals, insisting that there is no jealousy between them over sponsorship deals.

She previously spoke about the feud on Australia’s Kyle and Jackie O Show, telling the hosts: ‘She just said, “I don’t think, you’re actually not going to be a bridesmaid anymore.

‘“I haven’t really seen you this year and it just wouldn’t be right for you to be standing next to me on my real wedding.” I was really kind of shocked.’

While Mel didn’t make the guestlist for Jules and Cam’s big day, MAFS co-star Heidi was a bridesmaid at the ceremony.

On the day of the wedding, the snubbed star shared a biting Instagram post addressing the drama.

Alongside a throwback snap of her and the bride, she penned: ‘Yes the rumours are true. Yes Jules dumped me as a bridesmaid.

‘No I wasn’t at the wedding event of the year.’

Married At First Sight Australia is available to stream on All4.