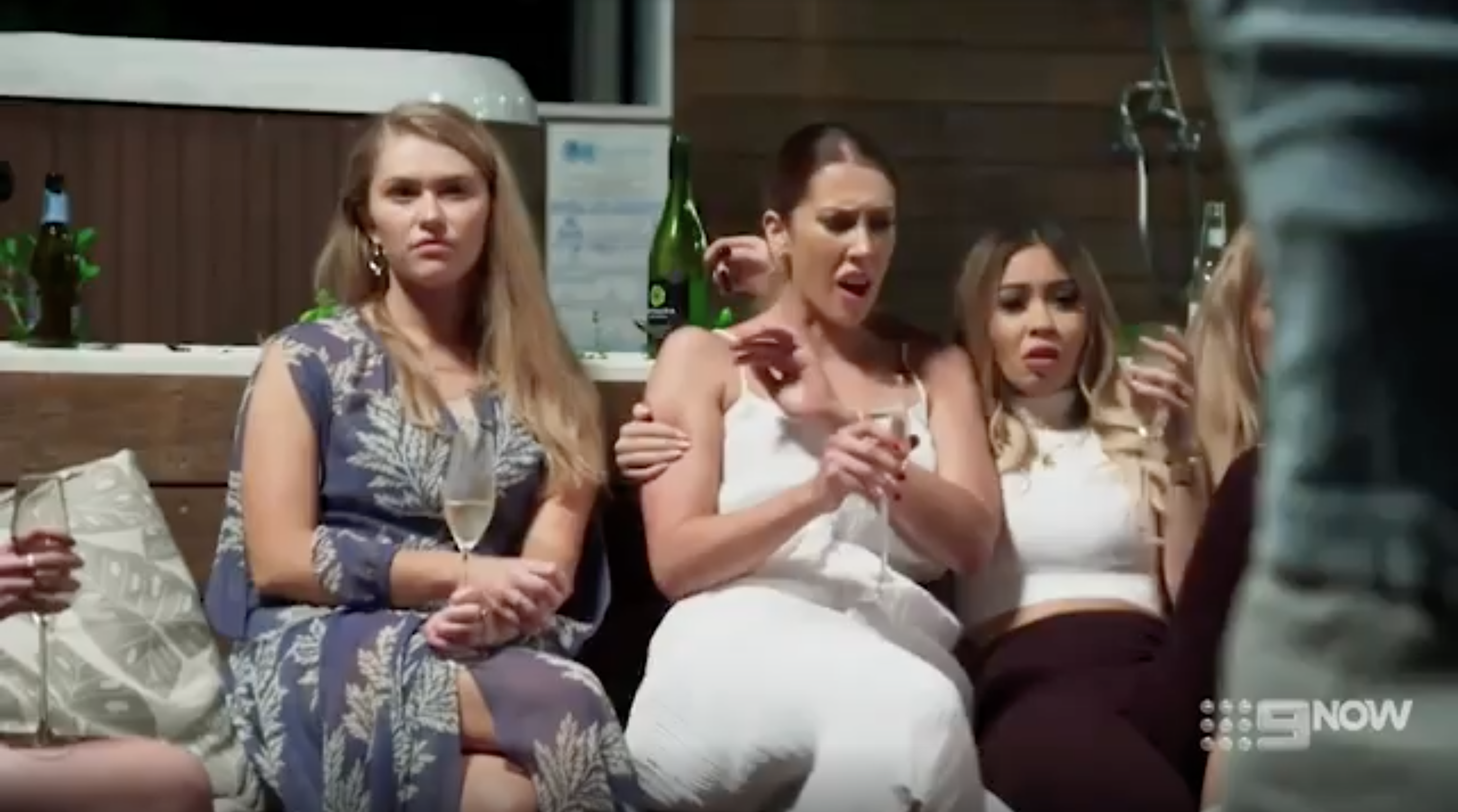 Married At First Sight Australia star Rebecca Zemek (Beck) has claimed that production on season eight of the reality series was shut down after fellow contestant Bryce Ruthven kissed her on the cheek without consent.

On Tuesday’s episode of the programme, which is currently airing in Australia, viewers watched as radio announcer Bryce planted a kiss on the cheek of business manager Beck, catching her completely unawares.

As Bryce walked away, Beck exclaimed: ‘Yuck! That’s disgusting!’ as another male contestant stated: ‘Bryce, how dare you do that mate,’ with Bryce adding: ‘I apologised.’

On Tuesday, Beck appeared on Australian radio show 2DayFM’s The Morning Crew with Hughesy, Ed and Erin, where she spoke about how the incident left her feeling ‘violated’.

‘When he went in to lean into me, I kind of, I just freaked out. I didn’t want him near me to begin with. Him coming over to me was quite stressful for me, but then as soon as he grabbed me and leant in… freaked out about it,’ she said on the show.

When asked by one of the radio presenters whether she felt ‘violated’, Beck replied: ‘Yeah I did. And I think I make that very clear.’

She continued: ‘It was one of those moments like bring the contract up and find out what your rights are because I didn’t sign up for this. I didn’t sign up to even be having conversations with Bryce anymore, so where do we draw the line.’

Beck added that the incident allegedly resulted in filming being put on pause the following day, stating: ‘We shut production down from this for the next day. It was just so mentally, mind-draining for me at that time.’

The moment sparked a huge reaction on social media, with one fan describing it as ‘disgusting behaviour’ and another stating that it is ‘literally assault’.

In hindsight, Beck said that she views what happened in ‘the same way as I looked at it before’.

‘It is harassment. I think you learn to keep your hands to yourself when you’re five years old in your first year of school,’ she said.

‘It was really hard for me to even watch last night, but again everyone’s seen a good edit of it to be honest.’

In another clip from the show, Bryce apologised to Beck while eating dinner with the rest of the contestants.

‘I apologise for what I did, it was inappropriate, and I’m sorry you felt uncomfortable if you did feel that way,’ he said.

When asked why he did what he did, Bryce said he was ‘just being a smart-a**e.’

Beck was then asked whether she accepted Bryce’s apology, to which she replied: ‘Absolutely not.’

‘Oh trust me I don’t want to speak to you but I’m here to educate you. Cause you need to know that your actions are not ok and you have no right to invade anyone’s space,’ she added, shortly before Bryce got up and left the room.

‘If you think that’s normal and that’s OK in the real world, my gosh.’

In a post shared on Instagram, Beck went into further detail on how she feels about the incident.

‘Apology not accepted. No one EVER has the right to invade your personal space, to grab you or to make a sexual advance in any form, and I still don’t understand how someone can one can feel empowered to do so…’ she said in the caption.

‘Nothing about this behaviour is harmless… times have changed and this topic isn’t about to go away.’

Married At First Sight airs on Channel Nine in Australia and E4 in the UK.