Married At First Sight Australia’s Jules Robinson has addressed the wild theory put forward by fellow reality star Jessika Power that she and her husband Cam Merchant knew each other before they were set up on the show.

In season six of MAFS Australia, which originally aired in 2019 and is being shown in the UK two years later, Jules and Cam meet and wed in the very first episode.

The couple have since gone from strength to strength, staying married and welcoming their son, Oliver Chase Merchant, in October last year.

Despite viewers being drawn in by Jules and Cam’s fairytale romance story, fellow season six star Jess recently expressed her view that ‘they were together before the show’, telling Metro.co.uk: ‘There’s no way you’re going to meet a complete stranger, do everything that we did, and completely love that person, every aspect.’

However, Jules has assured that this wasn’t the case, stating that she would have to be a ‘very good actress’ to pull off a ruse of that nature.

During an appearance on today’s This Morning alongside her husband, when asked by Holly Willoughby and Phillip Schofield about the theory, Jules jokingly responded: ‘Well give me an Oscar if that’s the point. Take me to Hollywood.’ 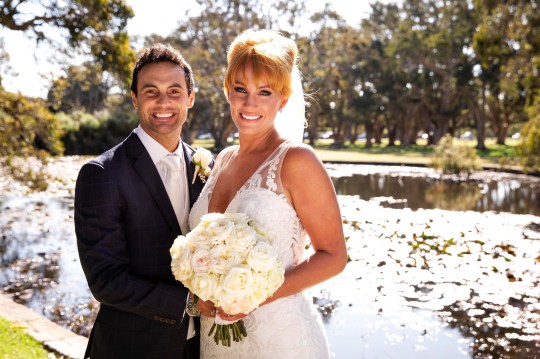 Cam and Jules have gone from strength to strength (Picture: Nine/ E4) 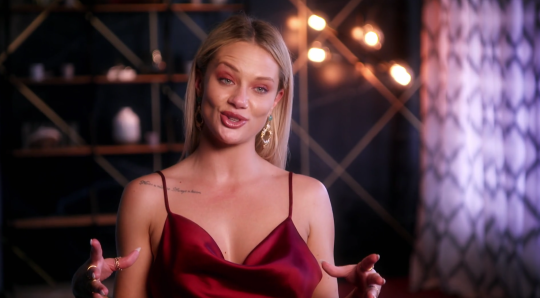 Jessika believed Cam and Jules got together before the show (Picture: E4)

When Jess’ theory initially emerged, a rep for Cam and Jules told Metro.co.uk: ‘I can confirm that Cam and Jules had never met before and all contestants genuinely took part in the experiment as strangers.’

Turns out that some things you see on TV are indeed just as they appear in real life.

During the couple’s virtual chat on This Morning from their home in Sydney, Jules recalled her mother not being best pleased about her plan to marry a complete stranger.

Jules explained that she saw her participation in the show as like an ‘extreme date’, adding that she would have simply left if she wasn’t feeling the match.

‘My mum was not in a good place about it. I think it came from worry that I was going to get hurt. She’d seen me get hurt a lot when it came to love in my life and obviously on such a big scale she was a bit worried,’ Jules said.

‘But everyone else I think just knew that I’d be ok. My only game plan was if I didn’t like him, I was going to leave. I didn’t really go in with any fears to be honest.’

This Morning airs weekdays at 10am on ITV and Married At First Sight Australia is available to watch on All 4.