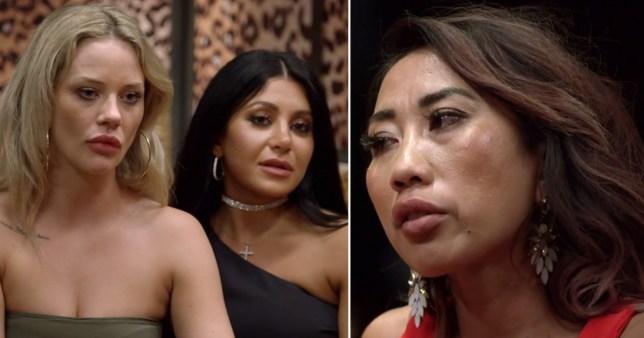 Married At First Sight Australia viewers were raging at Jessika Power, as she stirred up trouble between Ning Surasiang and Mark Scriven to stop her affair with Dan Webb from being exposed.

Season six of MAFS Australia – originally filmed in 2019 – is currently airing in the UK on E4 and its taken viewers on a wild ride with non-stop drama.

In the latest episode, the guys and girls came together on separate nights out to discuss the latest goings-on in their relationships, with fans convinced that Jess and Dan’s affair was finally going to be revealed.

The guys were seen quizzing Dan on whether he had feelings for any other women in the experience, asides from wife Tamara, while Tamara was seen quizzing Jess on whether anything had happened between her and Dan – unaware of their secret dates and that the pair have kissed several times away from prying eyes.

As Jess began to squirm more and more when all the girls pulled her up on previous comments she made stating she’d like to ‘f**k’ Dan, she decided to try and shift the focus in conversation to someone else in the group and dropped a bombshell about Mark.

Jess told her co-star Ning, who wed Mark in the experiment, that he lies to her all the time and that he and Mick – who Jess had tied the knot with – were planning on going on a trip to chase women after the show was over. 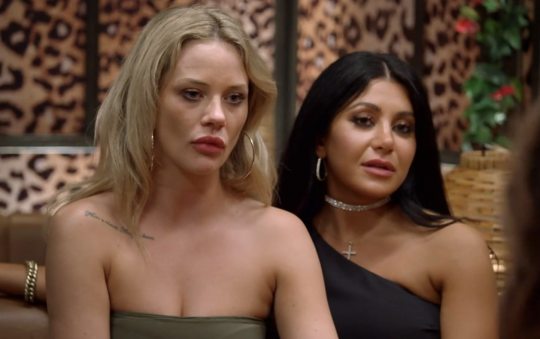 Jess didn’t like being in the hot seat (Picture: Channel 4) 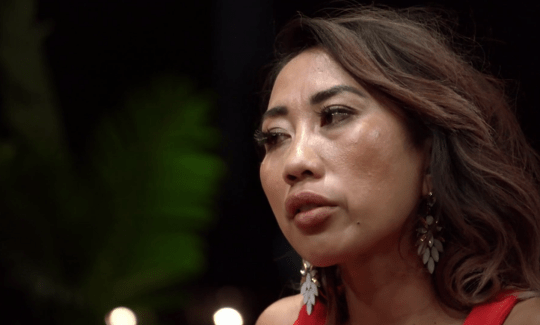 Ning was taken aback to hear Mark was lying to her (Picture: Channel 4) 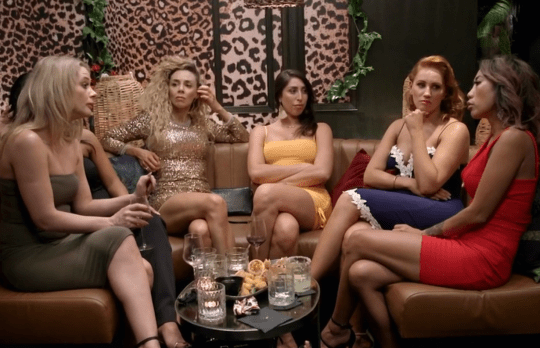 ‘I don’t know how much of a facade I can continue to put up, I need to try and shift the focus, so I’m going to do it,’ Jess told the camera, before then addressing Ning.

In front of all the other girls, she told her: ‘He lies to you. Mick and Mark have both said after this experiment ends they’re going to go with a whole bunch of b*tches. Mark is not what you think he is… he’s lying to you.’

The revelation was a huge blow for Ning, who was seen sharing her hopes of finally getting intimate with husband Mark, as she wants their relationship to progress.

She questioned Jess’ motives for telling her and quizzed her on why she hadn’t brought it up two weeks ago, when Mick first mentioned it to her.

‘That was a bit of an ambush. This isn’t information you just pull out of the hat, I don’t feel like Jess has my back but what has she got to lose,’ Ning said.

She asked Jess: ‘Where was this two weeks ago?’ before adding: ‘Thanks for letting me know, it’s really big of you to do that. But I just hope you’re doing it for the right reasons.’

Fans watching slammed Jess for ‘deflecting’ questions about how she feels about Dan and sabotaging someone else’s relationship to make sure her affair with Dan doesn’t get out.

‘Jess is just digging her hole bigger for herself. She’s blabbing sh*t to take the heat off herself! Very sad,’ tweeted one viewer.

‘Oh f**k off Jess going after Ning, deflecting much??? Someone please call her out!!! #MAFSAustralia,’ posted another.

One said: ‘Omg Jess is pure eveil trying to tear down Ning & Mark to save her own skin?! #MarriedatfirstsightAustralia #MAFSAustralia (sic).’

Desperate for the other women to call Jess out, another viewer said: ‘Can none of them read body language? I mean just look at Jess since she came out with that nonsense about Mark #MarriedatfirstsightAustralia #MAFSAustralia #MAFSAU.’

‘Jess is so lying about Mark and Ning, just to get the attention of herself #MarriedatfirstsightAustralia #MAFSAustralia,’ another claimed.

Fans weren’t the only ones convinced Jess was lying about Mark, as her co-stars were seen questioning whether she was telling the truth. 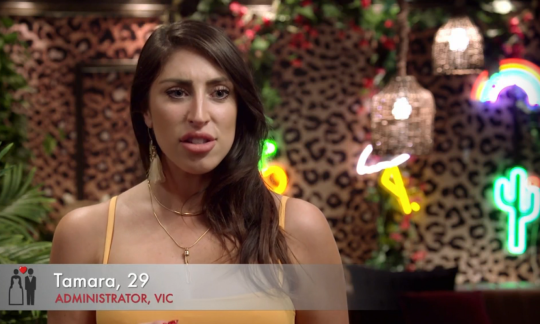 Tamara was suspicious of Jess’ intentions with Dan (Picture: Channel 4) 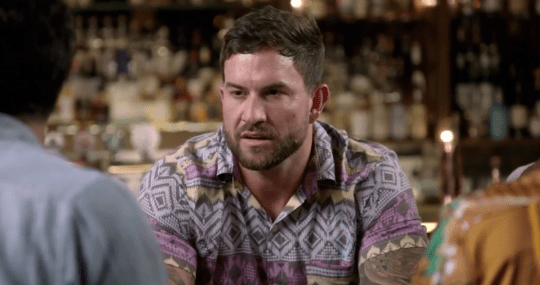 Dan was seen sweating as he was grilled about Jess (Picture: Channel 4)

Jules said she thought it was ‘b*llsh*t’, while Tamara said: ‘I think Jess is kind of deflecting from her issues to somebody else.’

It came after Jess outright denied anything was going on with Dan, when asked by his wife Tamara. She admitted to finding Dan ‘attractive’, but insisted nothing else had happened.

Dan, meanwhile, was seen sweating as he was grilled by the boys on whether he had feelings for anyone else in the experiment, asides from wife Tam.

He said he finds Jess ‘hot as f**k’, but denied anything else had happened.

‘Yes I have had conversations with Jess at dinner parties, but nothing else,’ he told the rest of the guys.

Dan added to the camera: ‘I don’t think it’s fair to say anything behind Jess’ back, without her there to defend herself, I think it’s disrespectful.’

MAFS Australia is available to stream on All 4.

To All The Boys: Noah Centineo reveals sweet prop he stole from set