Love Island’s Remi Lambert has revealed he was sent death threats from some viewers after having a bit of trouble with his words out during a performance on spin-off Aftersun.

Manchester-born Remi, 22, entered the villa alongside Jay Younger, 28, earlier this month, in the hope of turning the girls’ heads.

However, despite being interested in getting to know Indiyah Polack, he failed to make his mark and was dumped from the island last weekend.

But the model did get the attention of viewers after he immediately showed off his lyrical flow, to the amusement of Luca Bish.

He performed again during an appearance on Aftersun and got quite the reaction from last year’s islanders Chloe Burrows and Toby Aromolaran, after fumbling his words.

Remi has now addressed the response he’s received from some viewers, admitting he was sent death threats on social media.


Remi was booted out the villa last weekend (Picture: ITV/REX/Shutterstock)

Speaking alongside Afia Tonkmor on the podcast Reality with Will Njobvu, Remi explained he stumbled over his words because he was ‘nervous’ as he had never used an earpiece or been on live television before.

‘I was nervous, on After Sun, I had an earpiece and I could hear the reverb of my voice and it swayed me off. 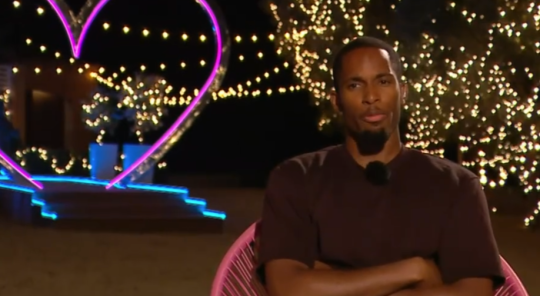 Remi wasn’t in the best of moods on After Sun (Picture: ITV)

‘We all make mistakes, no one’s perfect. Everyone expects me to be like a robot,’ he told host Will.

He went on to say of the negative response from some social media users: ‘It was peak, I’ve been sent death threats.

‘People were saying, “You’re never going to make it, you can’t dance”.

‘With the dancing, I was just doing that for fun… I was just trying to have a good time with my boys. Let’s just keep it moving.’ 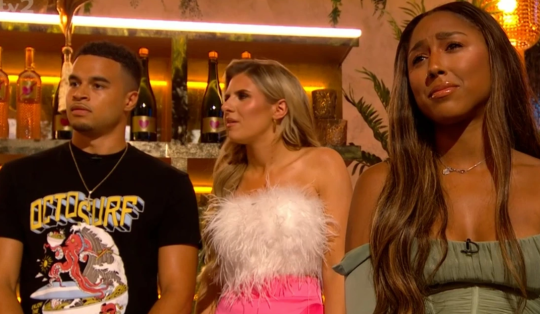 Toby, Chloe and Afia were all present in the studio during Remi’s emotional interview (Picture: ITV)

Remi was criticised during his time on the villa for some of the lyrics included in his tracks, where he was accused of using derogatory terms towards women.

But the ex-islander wants to take a steer away from that direction in the future, admitting: ‘The music I released, I don’t like.

‘It’s music I released just for a laugh, I was very immature at that time. Now I want to express my emotions and talk about real-life topics, like mental health.’

After viewers criticised the move to make Remi rap on-screen, host Laura Whitmore hit back and stressed: ‘Remi is a rapper and asked in good faith in advance if he’d rap and prepare something which he did.

‘Live telly is nerve-wracking, believe me, so maybe he was a bit nervous but he deserved to have his time.’