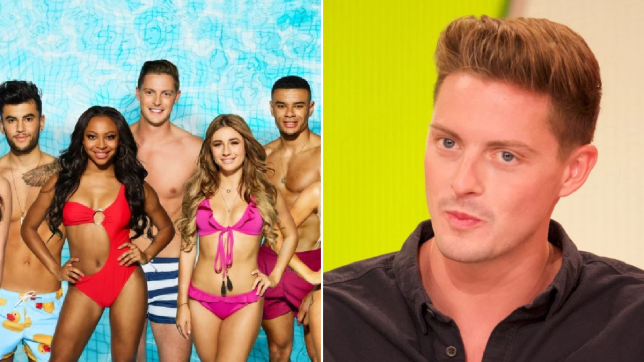 Love Island bosses want to cast key workers in the upcoming new series of the ITV2 reality show as they continue their search for this year’s contestants.

According to reports, producers are on the hunt for ‘brains as well as brawn’ and want to celebrate the stars of the coronavirus pandemic as they search for a back-up location in case Covid-19 prevents its return to Spain.

It comes just weeks after Dr Alex George, the NHS doctor who appeared in the fourth season of Love Island, was appointed by Boris Johnson as a Youth Mental Health Ambassador.

‘The team have had over 100,000 applications and have been looking for talent with a bit of edge,’ an insider said.

The source continued to The Sun: ‘Some of the best contestants over the years have been those who don’t just want to be famous – those with some real ambition, a solid career and a story to tell, especially of the key worker variety.’

Earlier this month it was revealed that Dr Alex would be advising the Government on young people’s mental wellbeing.

Dr Alex, 30, has been extremely vocal throughout the pandemic that mental health has never been more important.

‘I am truly humbled,’ he said, as he shared the news of his appointment. ‘In my role, I will be working closely with the Government to make mental health an absolute priority.

‘Never has mental health been more important than now. From schools to universities, the NHS and the wider public, MENTAL HEALTH MATTERS.

‘For the current as well as future generations, we must do everything in our power to bring meaningful change.’

Dr Alex went on to speak about his brother Llŷr, who took his own life at the age of 19.

‘Nothing will bring my brother back but if I can make a positive impact that saves even one life, it will be worth moving mountains for,’ he explained.

‘There is much work to be done. Particularly in the coming weeks and months.’

Love Island is expected to return to ITV2 later this year.