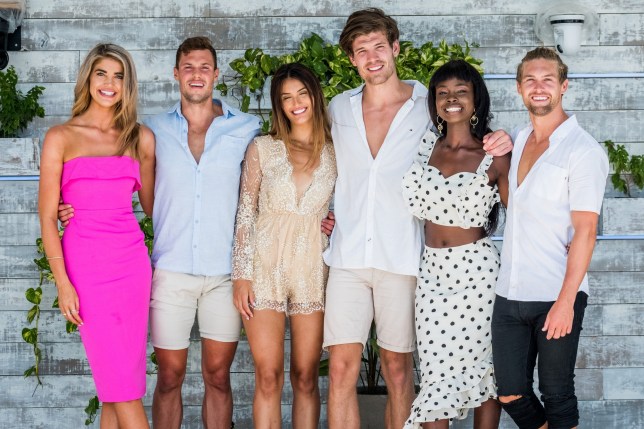 Who found someone special on the show? (Picture: Nine)

Fans have been missing Love Island ever since the last series aired back in 2020 (it feels like so much longer ago), and thankfully the Australian version of the show is nowhere to fill the void.

The second season of the Aussie show is coming to UK screens over the coming weeks, with singletons looking for love and providing some unmissable drama from Down Under.

While the season will be new to UK viewers, the action actually took place months ago. Presenter Sophie Monk oversaw all the action when it was filmed in Fiji, with the cast including DJs, models and even a wrestler.

The programme took place 2019, but it’s the first time the episodes have been shown on primetime TV in the UK, with episodes being shown on weekdays at 9pm on ITV2.

Since the programme aired in Australia, couples have fallen in and out of love after meeting for the first time in the Love Island villa.

But who is still together? Here’s everything you need to know.

Which Love Island Australia couples are still together from season 2?

If you want to find out who gets together in the series and who is still together, keep scrolling. If not, this is your spoiler warning to leave now and enjoy watching in real-time. 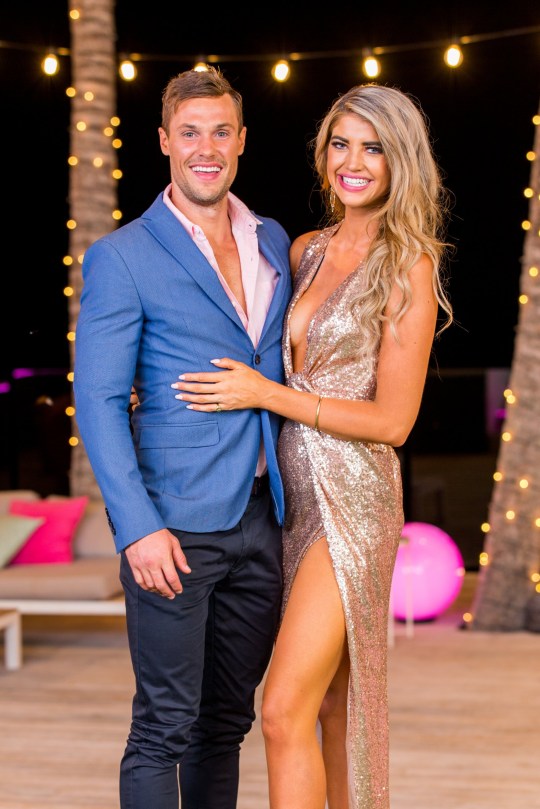 They might not have been in the villa from day one, but Josh Packham and Anna McEvoy both won over viewers in Australia after arriving on the show.

In fact, the pair seemed to find a special connection on the programme and went on to be crowned winners of the second season.

While the pair spoke about maintaining their relationship over long distance after the show came to an end, with Josh coming from Sydney and Anna from Melbourne, things couldn’t last.

‘It is with great sadness that Josh and I are going out separate ways,’ Anna wrote on Instagram last November.

She added: ‘I know that so many of you are invested in our relationship but please know we did everything we could to make it work. It’s extremely difficult to break up with someone who you still love but it is the right thing to do.’

They were the couple that everyone wanted to succeed, but sadly things didn’t quite work out in the end. 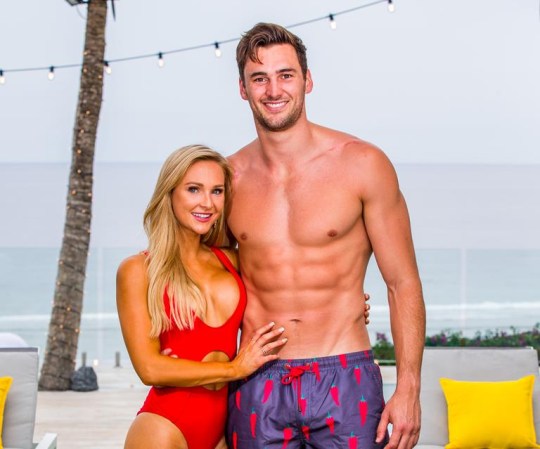 Jessie and Todd seemed to find something special in the villa (Picture: ITV)

Fans really held out hope that Jessie Wynter and Todd Elton would keep their romance going after the show came to an end, and at one point is seemed like they stood a chance of being together long term.

Once again long distance was an issue, with Todd based in Melbourne and Jessie in Tasmania, but they holidayed together after the series came to a close and things seemed rosy on social media.

However, things eventually came to an end. Jessie confirmed the news of their break-up on Instagram, writing: ‘This isn’t easy to write and isn’t something I want to be confirming but sadly, yes the relationship between Todd and I is over.

‘I’ve loved every minute spent with Todd from the moment he walked into that villa and absolutely adore him but I guess some things just aren’t meant to be.’

It’s a real shame, as the pair seemed to find a genuine connection on the show. 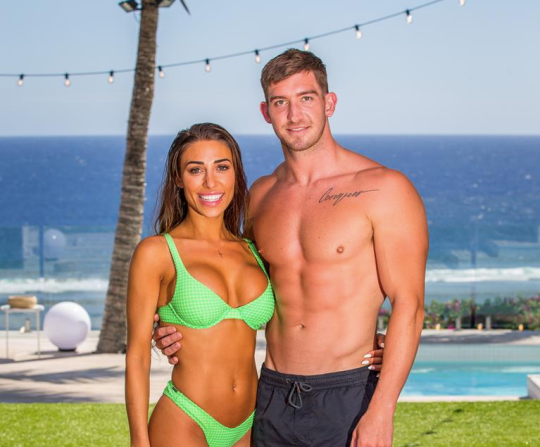 Did the pair find love on the show? (Picture: Nine)

Sadly, the same could not be said for Blake Williamson and Margarita Smith. There was no spark between the pair after they left the villa together and the pair said they’d ‘remain friends’ after failing to find romance.

‘We never quite got to the point where we were thinking we were going to be a solid relationship but we definitely gave it a shot,’ Margarita said at the time. ‘That was the point of Love Island – to give something a shot that you wouldn’t normally on the outside. He’s a great guy but yeah, not romantically.’ 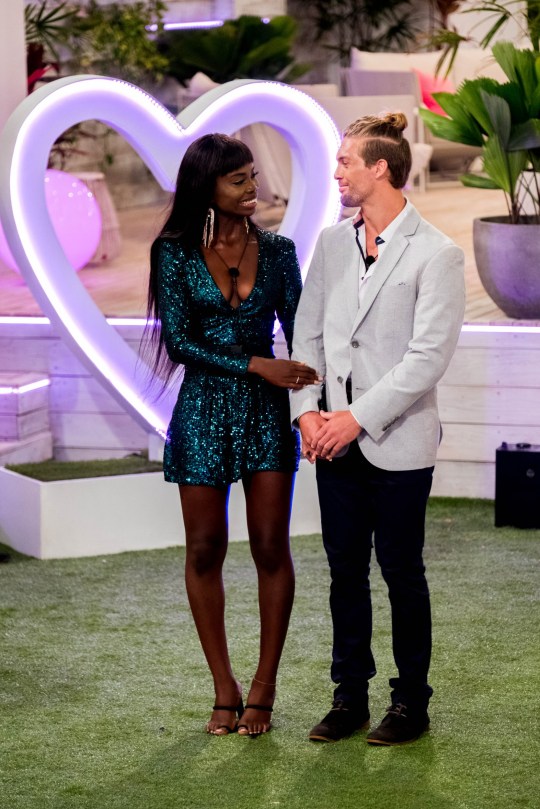 The pair finished third in the competition (Picture: Nine)

They managed an impressive third place in the competition, but sadly Cynthia Taylu and Aaron Deacon Shaw didn’t last long as a couple outside of the villa.

Both broke the news that they’d gone their separate ways on social media a week later, with Cynthia posting the emotional message: ‘Letting go doesn’t mean that you don’t care about someone anymore. It’s just realising that the only person you really have control over is yourself.’

Aaron added: ‘I was fortunate enough to meet a girl like Cynthia on there which allowed me to express myself, but when it’s all truly over and we all go back home you come to think about not just the present but also the future and honestly for a future perspective I truly feel like Cynthia and I are on different wavelengths.’

It seems as though things just weren’t to be for them both. 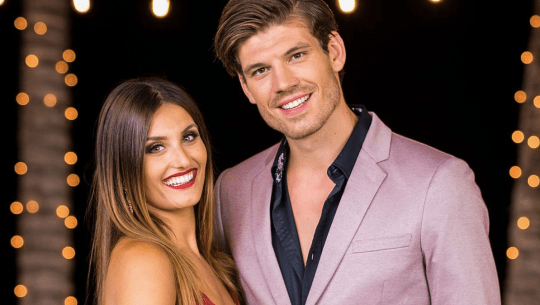 Did Cartier and Matthew find something special? (Picture: Nine)

Cartier Surjan and Matthew Zukowski found romance on the show, but it wasn’t long before the pair called quits on their relationship – and it seems like Cartier was the one who made the executive decision.

In November 2019, a few months after leaving the programme, Cartier announced that she was breaking things off with 24-year-old Matthew.

She shared the news on Instagram (where else?) saying: ‘Hey guys! I’ve made the decision that Matthew and I are better off staying good friends rather than in a relationship.’

Matt wished Cartier all the best on Instagram after the news despite Cartier’s apparent shade. Later, during lockdown in 2020, he went on to make headlines by going on a virtual date with Chloe Veitch, star of Netflix’s Too Hot To Handle.

Love Island Australia airs on weeknights at 9pm on ITV2.