Love Island fans had plenty to say about Luca Bish following Sunday’s dramatic episode which saw newcomer Danica Taylor choosing to couple up with him.

Despite being in the villa for less than 24 hours, the 21-year-old dancer stressed that she hasn’t had the chance to get to know the boys properly yet and has to go ‘on face value.’

The intense scenes, which aired during yesterday’s instalment, saw her decide to couple up with fishmonger Luca – which left him a little frustrated to say the least.

The 23-year-old was coupled up with Gemma Owen for over a week and Luca’s strong feelings towards the international dressage rider, 19, have become evident.

After he sat next to Danica, he whispered to Ekin-su Cülcüloğlu that he was ‘raging’ as he watched Gemma couple up with Davide Sanclimenti.

Luca’s reaction to being picked didn’t go unnoticed by fans, with many comparing the awkward scenario to the iconic season three moment Georgia Harrison picked Kem Cetinay, taking him off girlfriend Amber Davies.

Finally watching today’s #loveisland and Luca is being so rude in that fire pit towards Danica.

Loved Dami telling Luca to get his act together and at least make Danica feel welcome! Letâs face it Luca was pretty rude to the poor girl. #itspartofthegame #loveisland

I get Luca had the hump but he doesnât need to be THAT mean, or am I just soft lol #LoveIsland

Luca has acc been superrrr rude to Danica. Wow #loveisland

Not the production setting a date for Luca and Danica less than 24h later ð They probably have no patience for him just like us #loveisland pic.twitter.com/fGq4YpPPWo

I think Danica handled that so well, Luca could have at least said thank you, he was still saved at the end of the day. And sheâs right, he should be a bit more open minded because we all know what happens when people close themselves off too earlyâ¦ #LoveIsland

Former islander Shaughna Phillips weighed in saying: ‘I get Luca had the hump but he doesn’t need to be THAT mean, or am I just soft lol.’

‘Loved Dami telling Luca to get his act together and at least make Danica feel welcome! Let’s face it Luca was pretty rude to the poor girl,’ another remarked.

‘I think Danica handled that so well,’ one person tweeted.

‘Luca could have at least said thank you, he was still saved at the end of the day. And she’s right, he should be a bit more open minded because we all know what happens when people close themselves off too early.’ 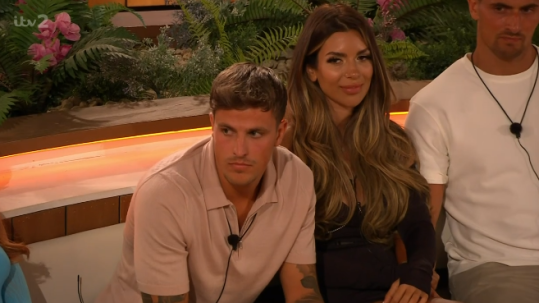 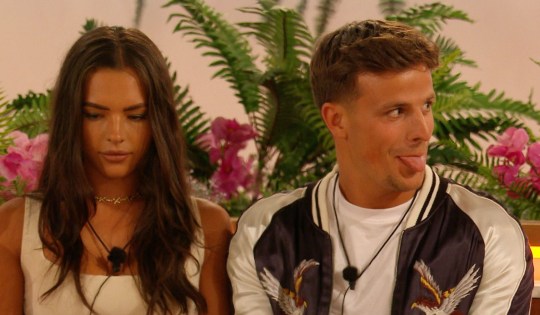 Luca was coupled up with Gemma (Picture: ITV)

However, after a good night’s sleep (alone) and a serious pep talk from the boys, Luca got to know Danica during their beach date, and even said he’ll be her wingman.

Among the predictable choices, Tasha Ghouri chose to stay coupled up with Andrew Le Page, while Amber Beckford chose Dami Hope, and Paige Thorne chose Jacques O’Neill after finding a connection with each other in recent days.

However, Indiyah Polack was made to choose between her man Ikenna Ekwonna and new boy Remi Lambert, who were the last two standing. 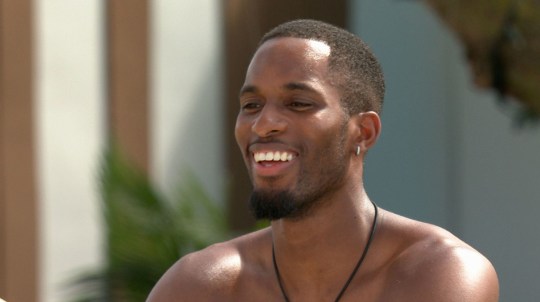 She of course chose to stay with Ikenna, sending Remi home after a few days in the villa.

Elsewhere, Jay Younger noticed an interesting connection between Indiyah and Dami, after noticing a cute interaction between the pair in the bedroom.

Dami explained: ‘I don’t wanna really…on the outside world I could talk to Amber and Indiyah separately and I’d be having the best time of my life.

‘I can’t do that [in the villa] because it’s going to, like, explode.’

Could we be witnessing a new couple on the horizon?