Liberty’s mum spoke out after the pair’s split (Picture: Instagram/@libertypoolex)

Love Island 2021 fans have been left reeling after Liberty Poole and Jake Cornish called time on their relationship, and now Liberty’s mum has said she is ‘heartbroken’ to see how Jake treated her.

Liberty broke up with Jake in a recent episode, telling him she didn’t feel like he loves her. The pair called it quits but left the villa on good terms.

Now, Jo Poole has spoken about their split, and said she is proud of the way Liberty made the decision to leave the villa just days before the final.

‘I was really looking forward to meeting Jake. But from what I’ve seen, Liberty totally made the right decision,’ Jo told The Mirror.

‘I wanted it to be that true love – either a passionate love or the kind where it’s, “I care for you and want to make you feel safe.” I didn’t see that from him towards my daughter and she definitely deserved that so made the right call.’

Liberty and Jake had been favourites to win the show, having been paired up on the first day of the series.

However, 22-year-old Liberty left Love Island on Friday morning with Jake, 24, after their split.

Jo also said that she believed the signs were there after Jake told Liberty her messiness gave him ‘the ick’. 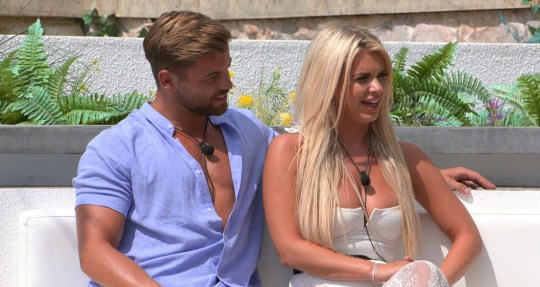 In one episode, Liberty was shown a clip of Jake admitting he ‘didn’t want to rip her clothes off’, with the star left upset.

Although Liberty seemed pretty done with the relationship, Jake didn’t rule out a reunion, adding: ‘Will it go strong again on the outside? Who knows? Definitely we’ll keep in contact.’

Liberty, who’s expected to be one of this series’ highest earners, recently singled out the clip she was shown of Jake as the moment where the relationship started to get rocky.

What happens to the children of women killed by men? | Domestic violence