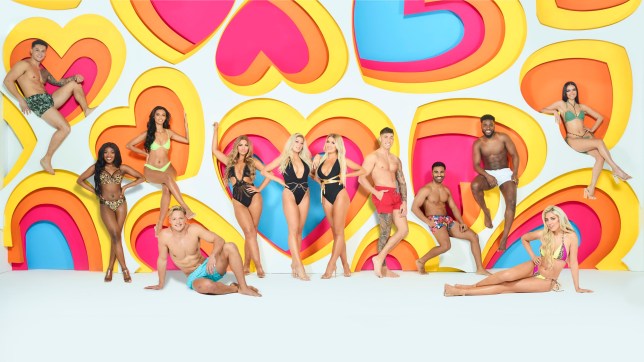 Could Love Island relocate to the UK for 2021? (Picture: Joel Anderson/ITV Provider / UK)

Filming for Love Island 2021 could reportedly go ahead in the UK this year if Covid restrictions prevent a return to Spain, with possible locations being considered including Cornwall and Devon.

Last year, the summer series of the reality dating competition was axed as a result of the coronavirus pandemic.

It’s said that those behind the ITV show are hoping the 2021 edition will be its ‘biggest show’ ever, with the voice of the competition Iain Stirling saying it’d be ‘amusing’ if it were to go ahead in the UK, rather than abroad.

While the sixth series of Love Island saw the participants travel to South Africa, in the past they have travelled to Mallorca, Spain in their search for love… or a fling or two.

However, this year the singletons could be looking at an experience far closer to home in the UK, as Covid regulations could mean that international travel is out of the question.

‘Love Island is a huge franchise for the channel,’ a source said. ‘As well as bringing in loads of much-needed younger viewers it’s a cash cow.

The Love Island contestants are usually able to enjoy the sun (Picture: ITV/REX/Shutterstock)

‘But, as a precautionary measure, producers have looked at several UK sites to hold the series, so if travel restrictions remain strict they have a back-up plan.’

Speaking to The Sun, the source said: ‘Cornwall has been optioned, as well as Torquay, the Isles of Scilly and even Barry Island, where Gavin and Stacey was filmed.

‘ITV bosses are also worried about a fan backlash against the show if contestants are allowed to go away claiming work reasons but the rest of the country is still stuck at home.’

They added that there are ‘obvious weather restrictions’ if a site in the UK is chosen, as Love Island viewers are used to seeing the stars of the show chilling by the pool in their swimwear.

During a recent interview with Metro.co.uk, I’m A Celebrity star AJ Pritchard and former Love Island contestant Curtis Pritchard expressed their view that it ‘wouldn’t be as good’ if it took place in the UK.

‘Do I think it would be anywhere near as good if they brought it to England? No, I don’t,’ Curtis said.

‘If they brought it to England, everyone would watch it, it would still get the same amount of views, but I don’t think people would enjoy it as much. That’s the truthful answer for me.’