*WARNING: Love Is Blind spoilers below*

Love Is Blind star Raven Ross has opened up about being rejected by Sikiru ‘SK’ Alagbada at the altar.

The former couple had a rollercoaster time of it on season three of the Netflix series – after initially growing their connection and getting engaged in the pods, they battled to retain their bond when they met in the flesh.

They seemed to overcome their issues and grow close by the time their wedding came around, and the 29-year-old shared her hopes to spend the rest of her life with her groom.

‘I couldn’t imagine a world without you,’ she said. ‘I think we have a great future ahead of us and I really mean it when I say I can’t wait to spend the rest of my life with you.’

However, SK turned her down in front of their closest friends and friends, leading to awkward scenes as he told her: ‘I feel like today is not the best time for us to do this.’ 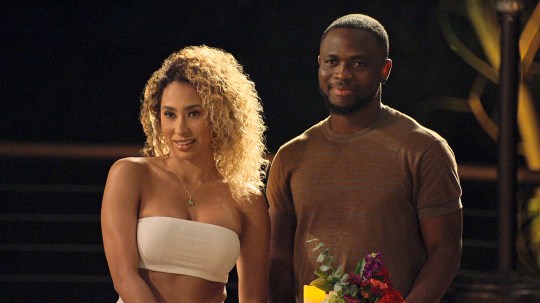 Love Is Blind stars Raven and SK first met in the pods and got engaged days later (Picture: Netflix) 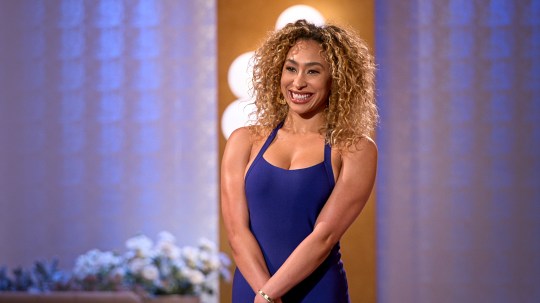 Raven admitted she was ‘shocked’ by being rejected by her groom (Picture: Netflix)

Raven was left in tears by the emotional moment and rushed to her room, where she was comforted by her groom’s mom.

Speaking about the episode, she admitted that she was left ‘unprepared’ by his decision.

‘I was clearly really shocked,’ she told People Magazine. ‘I feel like the whole time, I was definitely not portrayed as an emotional person. So it was probably shocking for everyone to see me be such a crybaby.

‘I definitely was unprepared. We had gone through this whole experience. I was definitely on cloud nine after our build-up of having a great relationship, so I was a little shocked.’ 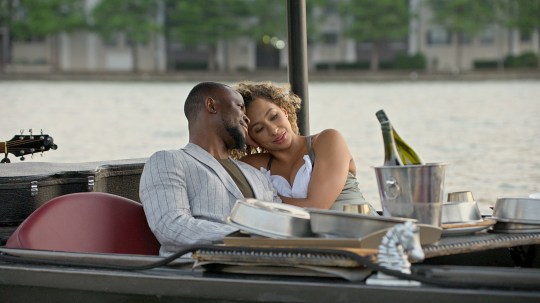 Raven and SK had a rollercoaster journey to the altar (Picture: Netflix)

SK had his own say on their portrayal, explaining that he was disappointed by the way their love story came across.

‘The narrative focused a lot more on some other subjects and some other incidents in the show.

‘I feel like the audience missed out on that love story, on how it even came to be. If I were watching it myself, not being in the experience, I would have a lot of blanks.’

Hopefully the pair will be able to shed light on their experience when the upcoming reunion hits our screens.

Love Is Blind season three is available to stream on Netflix now.