Will Loki go down a path of redemption in new series? (Picture: Marvel/Disney Plus)

A fan theory about Loki on Disney Plus has speculated how the Marvel series may feed into the next Avengers film… and lead to the formation of a menacing group of supervillains.

In just a few days’ time, Loki (Tom Hiddleston) will return to the MCU for his very own series, with the six-episode arc following the God of Mischief after he is apprehended by the TVA (Time Variance Authority), an organisation that monitors the timeline and keeps it in order.

The Loki that we meet in the show will be the 2012 version of the character that viewers witnessed escape with the Tesseract in Avengers: Endgame, when the Avengers were travelling to different points in time in their mission to defeat Thanos (Josh Brolin) once and for all.

Considering Loki is bound to be packed full of time-bending escapades, one fan believes they’ve cracked not only how it may end, but also how it could influence further MCU releases.

The fan, who goes by the handle comicclub1089 on Reddit, explained that a fifth Avengers film is ‘inevitable’, and so since the release of Endgame in 2019, ‘fans have been theorising what the next big crossover will be’.

They said that in their opinion, ‘the MCU is building towards Siege’, a comic book event ‘in which Normal Osborn assembles his own team of Dark Avengers, while Loki works with him to invade Asgard’. 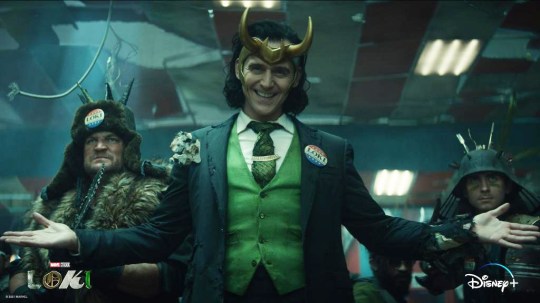 Loki sure does like being the leader (Picture: Disney)

The fan put forward the idea that a ‘team of fake Avengers’, is likely going to show up in the MCU, and could appear in the form of either the Thunderbolts or the Dark Avengers.

‘This is teased in [The Falcon and The Winter Soldier] and will probably be a big part of upcoming projects such as Black Widow and Armor Wars,’ they wrote, referencing the fact that Falcon and Winter Soldier saw John Walker (Wyatt Russell) dubbed US Agent by Contessa Valentina Allegra de Fontaine (Julia Louis-Dreyfus). 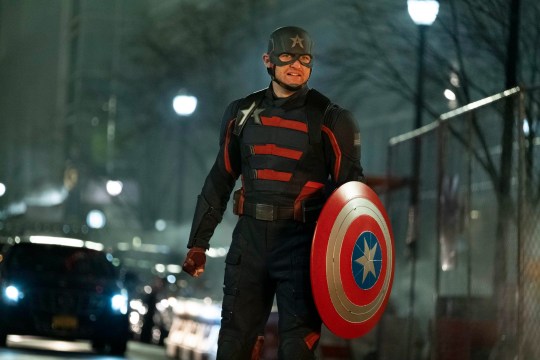 John Walker, formerly the ‘new’ Captain America, is dubbed US Agent in Falcon and The Winter Soldier (Picture: Chuck Zlotnick/Marvel Studios/Disney Plus)

What’s more, the Reddit user added that the idea of Loki invading Asgard may be more feasible now that Asgard has moved to Earth, following the events of Thor: Ragnarok.

At the end of Loki, if the Asgardian is given the choice by the TVA to travel to any point of time that he wishes, the fan thinks that he may choose the present day of the MCU, in which ‘Asgard is destroyed, the Avengers have disassembled and Odin is dead’.

This would therefore provide him with ample opportunity to ‘declare war on New Asgard’ with a new team of superpowered villains at his disposal.

Ahead of Loki’s release, it’s hard to say whether he will follow a path of redemption in the series or continue down the road of mischief and mayhem.

Either way, there’s no doubt it’s going to be an entertaining ride.

Loki premieres on Disney Plus on Wednesday June 9.