LINE of Duty’s Adrian Dunbar has claimed “hardcore” fans already know whether or not Kate Fleming is dead after last night’s jaw-dropping cliffhanger.

The actor – who plays Superintendent Ted Hastings – says a huge clue about what happens next has already been dropped in the series – and viewers have worked it out online. 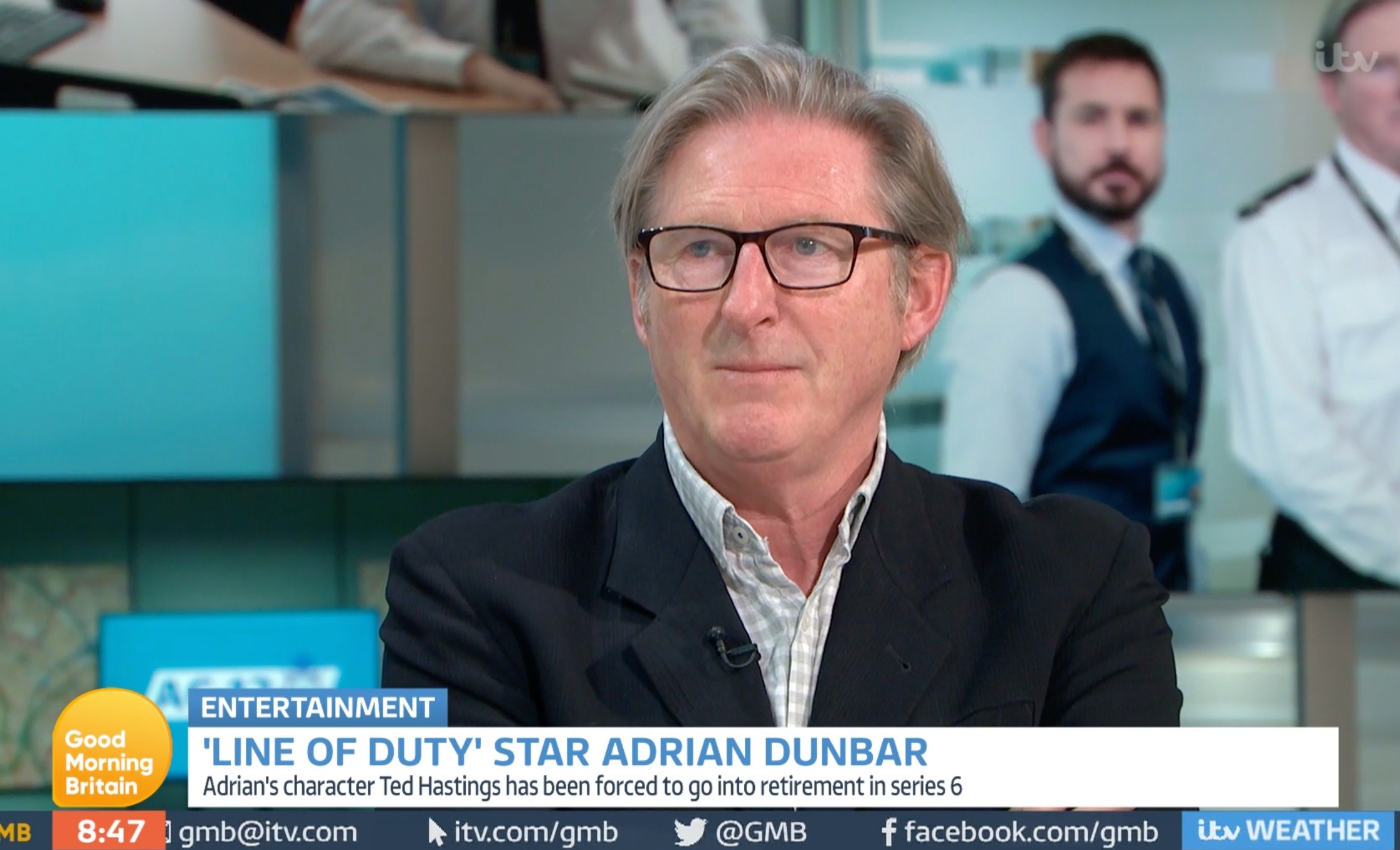 Appearing in the Good Morning Britain studio this morning, Adrian told host Susanna Reid: “I know and a lot of Line of Duty fans know.”

Confused Susanna replied: “I feel like you’re giving us a really heavy piece of information, but for the life of me I can’t work out what you’re talking about.”

Adrian said: “All will be revealed in the fullness of time.”

“There’s been a very big clue. I’m giving you a scoop as the first guest back on this show.

“There is a clue out there as to what happens next and Line of Duty fans know.”

Susanna insisted she is a fan of the show – but Adrian cut in and told her: “I know you are, but we’ve got hardcore fans and we’ve got core. You’re core.”

The AC-12 boss was ordered to retire early in last night’s action-packed episode as Steve and Kate discovered more evidence suggesting he is The Fourth Man.

In an anonymous conversation with Jo Davidson, the mystery individual ordered her to get rid of Kate Fleming for good, but insisted he would handle AC-12.

Once again the unknown corrupt officer replied by mis-spelling definitely as “definately”.

Later Carl Banks told Steve that Hastings had told him about Steve Corbett being an undercover cop.

This coupled with the news the money found in Corbett’s widow’s loft was from the same money found with Hastings in the hotel room – had Steve and fans convinced once again that Hastings is corrupt.

Fans are furious they have to wait a whole week to find out whether Kate has survived.

Following a raid on a workshop used by criminals, Kate (Vicky McClure) was lured to wasteland, where she was confronted by baby-faced assassin Pilkington (Gregory Piper).

AC-12 had snapped him using a burner phone to tip off his mob pals about the raids.

Last night’s thrilling episode ended with the sound of two shots being fired, leaving viewers wondering whether it was good cop or bad cop that had taken a bullet. Or could it be both?