Line of Duty’s Adrian Dunbar has revealed some of Ted Hastings’ most iconic one-liners weren’t initially part of the script.

There’s no doubt that one of the things fans have loved the most about the BBC police drama is some of Hastings’ quips and ‘mother of Gods’ that he dots in every time there’s a break in an investigation.

However, chatting to press including Metro.co.uk ahead of series six’s launch on Sunday, Adrian spilled the beans on the epic TV moments.

‘But as the character began to emerge through series one and two especially, both myself and Jed realised that there was leeway to kind of personalise them even further, and give him a real… colour the character up a bit with some of these things. 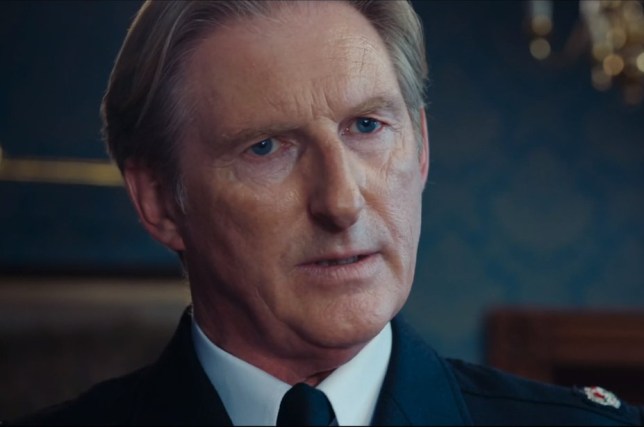 Adrian spilled the beans on some of Hastings’ most iconic sayings (Picture: BBC)

‘All that mother of God stuff is stuff that comes from my dad. But some of the other things are really genuine Belfast sayings, like “floating up the Lagan in a bubble”, and stuff like that. So we’re always trying to think of maybe a new one or two for whatever series.’

Teasing us with the upcoming episodes, he added: ‘There are one or two things that are going to come up, I think, with this one…’

Like every series, the upcoming instalments are shrouded in the utmost secrecy – with very few leaks on the plot. 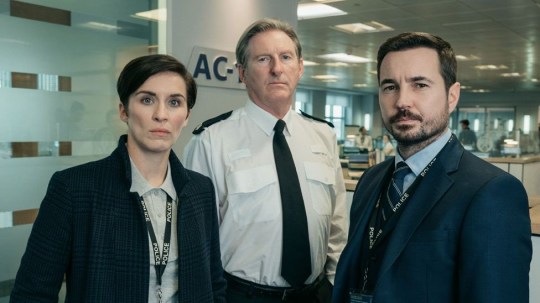 What will series six of Line of Duty have in store for us? (Picture: BBC)

We do know that the season will focus on an investigation into DCI Joanna Davidson (Kelly Macdonald), who finds herself under AC-12’s spotlight over her suspicious conduct in an unsolved murder case.

Lifting the lid on the scripts, Vicky McClure – who plays Kate Fleming – was adamant that the cast were keeping the material as safe as possible, to make sure no secrets were shared.

‘I think we all know that everything’s watermarked now,’ she continued. ‘So yeah if you do leave your scripts or your call sheets or whatever around, then that could be problematic but because of Covid-19, everything became very electronic.

‘We weren’t passing out call sheets anymore, that had all gone. So that maybe alleviated that problem.

‘But actually, everybody’s just grown up enough to know that this is a big enough show and it’s a big deal to everybody that we keep things as secure as possible. We’ve managed it this far.’

Bring on those new episodes…

Line of Duty series six kicks off on Sunday, at 9pm, on BBC One. Series one-five are available to stream on iPlayer now.