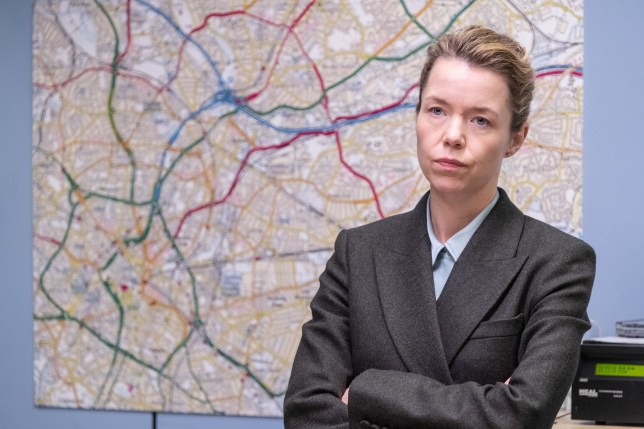 Anna Maxwell Martin is set to return to Line Of Duty tonight as the icy Detective Chief Superintendent Patricia Carmichael.

This will be her first appearance in series six having last appeared in the season five finale.

Of her return, Martin enthused: ‘Pat’s back, I can’t remember what she’s doing there, nor would I be allowed to blab, but suffice to say she’s got some new clobber and she’s ready to bust some balls.’

But who is her Line Of Duty character and what else has Martin appeared in?

Who is DCI Patricia Carmichael?

Carmichael is a seasoned and experienced anti-corruption officer and first appeared in Line Of Duty series five when Ted Hastings  (Adrian Dunbar) found himself on the other side of the table at AC-12’s headquarters.

The no-nonsense detective interrogated Ted after he was arrested in relation to John Corbett’s murder and the whole messy web surrounding the late officer’s undercover mission. 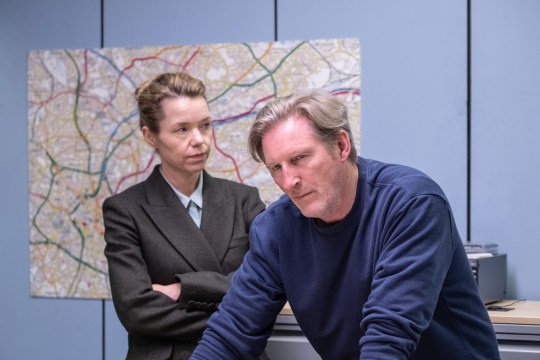 After having the extended beep set on him, Hastings sat down for a very uncomfortable grilling from AC-3’s Carmichael who was unwavering in her stare-down and was determined to prove that he is H, the senior police officer controlling the Organised Crime Group.

Carmichael, however, was unsuccessful in her attempts to bring down Hastings as it was revealed Gill Biggeloe was part of the four corrupt senior ranking names in Central Police.

What has Anna Maxwell Martin been in?

Anna Maxwell Martin is a Bafta-winning actress who has starred in a number of TV series and films over the years.

She stars as the lead character in the BBC comedy series Motherland, a sitcom that examines the trials and traumas of middle-class motherhood. The show first aired in 2016 and has two seasons and a Christmas special under its belt. 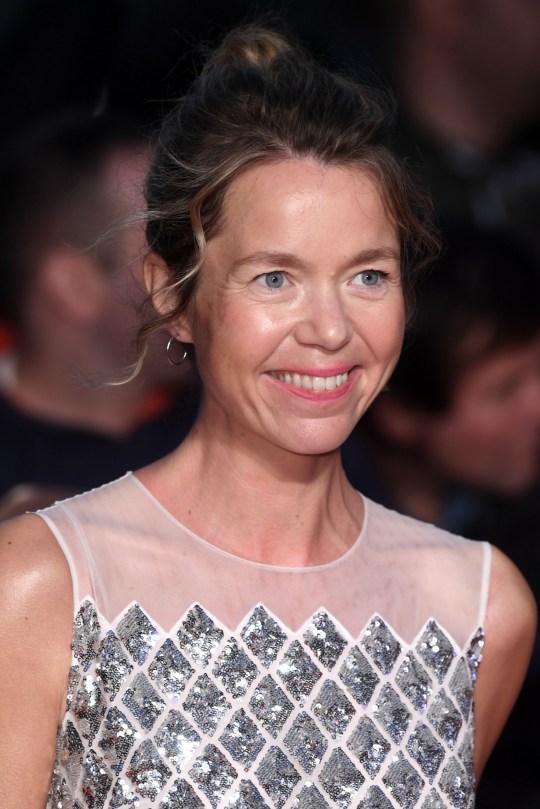 On the big screen, Martin made an appearance in the 2019 film The Personal History Of David Copperfield, with Daisy May Cooper and Tilda Swinton.

She also starred in Philomena in 2013 alongside Judi Dench and Steve Coogan.

Martin has won two Baftas for her portrayals of Esther Summerson in the BBC’s 2005 adaptation of Bleak House and N in Channel 4’s 2008 adaptation of Poppy Shakespeare.