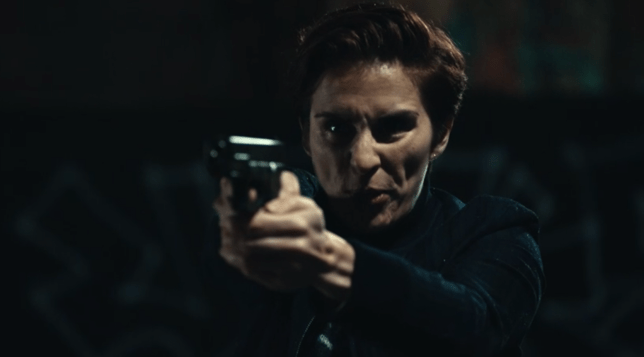 Kate Fleming was caught in a life-or-death situation as tonight’s Line of Duty ended (Picture: BBC)

Line of Duty series 6 viewers were literally screaming at their TV sets tonight as the episode ended on perhaps the most tense cliffhanger yet.

It’s been known for some time that Davidson was in cahoots with the OCG, or more like being forced into doing their dirty work for reasons yet to be revealed, but she received her most harrowing order yet from the elusive ‘H’.

That was to ‘get rid’ of Kate, who has been secretly feeding information about Davidson back to Ted Hastings (Adrian Dubar) and Steve Arnott (Martin Compston) at AC-12.

It was obvious that Davidson felt conflicted about the order, despite agreeing on the condition that the OCG would leave her alone going forward.

Davidson ended up luring Kate to a secluded car park where the DI was confronted by Ryan, also working for the OCG. 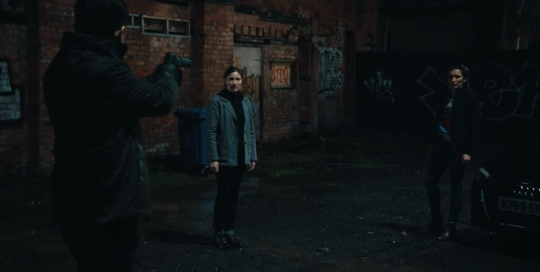 As Kate informed Ryan that AC-12 had been surveilling him and the OCG workshop which led to an earlier raid, tensions mounted prompting them to both draw their guns.

Davidson attempted to flee the situation but, like us, couldn’t help but watch as Kate and Ryan screamed at each other to drop their guns.

The episode closed with a black screen as gunshots rung out, quite literally leaving viewers in the dark about who, if anyone, had been shot.

Needless to say, the nation were frustrated at the realisation they’ll have to wait another week to learn the outcome of the showdown.

One tweeted: ‘OMFG you can’t stop it there. My bloody heart.’

‘Gads my heart cannot take all of this. I’m sweating, I’m yelling at the telly, I don’t know who to trust, is Kate alive? Who the f**k is H? Why do we have to wait a week please I need information,’ another pleaded.

One woman joked: ‘#LineofDuty is going to send me into labour.’

‘Nooo! You can’t keep doing this to us! We’re suffering enough this year without this tension,’ one said.

Sharing their prediction for the outcome, another weighed in: ‘I’m going to guess that someone showed up as back-up & fired at the same time as Kate. Ryan is too nesh, all mouth no trousers.’

Only a week until we find out…

Line of Duty returns to BBC One next Sunday at 9pm.