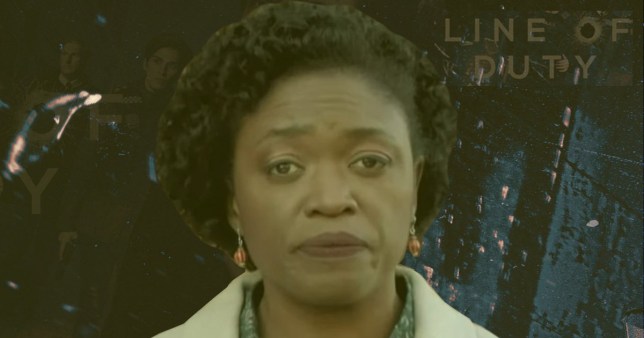 Here’s what we know about the investigation so far (Picture: BBC)

Line Of Duty series 6 is heating up with Gail Vella’s murder investigation – known as Operation Lighthouse – still not coming any closer to finding the killer.

The character, played by Andi Osho, established herself as one of the most hard-hitting journalists in the UK during her career.

Among her accolades is a commendation for her work as a local journalist, interviews in magazines, and a front page of Impact Magazine.

But she appears to have messed with the wrong crowd, particularly rubbing up bent coppers the wrong way, as she began to investigate impropriety within the Central Police Force.

Tie this in with her work exposing a sex trafficking ring, and there could be a lot of people that want her dead.

Here’s everything we know about the investigation so far… 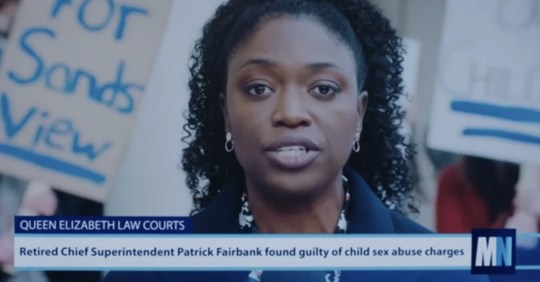 In archive footage, it’s revealed that Gail Vella reported on the inquest surrounding the death of Karim Ali – who was shot by police during a counter terrorism investigation.

In the report, Vella states that Ali’s wife Aaliyah has claimed that there was no prior warning offering him surrender before he was shot.

Again reporting from the courts, Vella was present when Fairbank was found guilty of child sex abuse charges.

During the report, she suggested senior police officers could be connected to the paedophile ring established by Jimmy Savile.

She said: ‘It’s now a matter of public record that Jimmy Savile cultivated relationships with senior police officers. Savile exploited those relationships to intimidate anyone attempting to investigate his offending.

Again outside the Central Crown Court, Vella is critical of PCC Rohan Sindwhani following the conclusion of Operation Pear Tree.

In a statement outside the court, Sindwhani declares that there is ‘no corruption within the force’ following a deep investigation.

She responds in the report that Sindwhani may have discovered that the secrets to high office was not to ‘no longer reside in speaking the deepest truths, but telling the most attractive lies’.

An unaired interview with police and crime commissioner Rohan Sindwhani is filmed.

Sindwhani storms out of the interview when Vella interrogates him about the possibility that officers involved in child exploitation have been able to retire without any justice.

Gail was killed outside her home in the Kingsgate area at around 10pm, following a shot to the back of the head at point-blank range.

A neighbour found her body lying next to her open car, it’s believed she was shot as she was exiting her vehicle, according to a news report shown in episode one.

The Murder Investigation Team into Vella’s murder is launched at Hillside Police Station, led by DCI Billy McTulloch. Among those on the team is DSI Ian Buckells.

This is the start of what will become known as Operation Lighthouse.

In another newspaper report, it’s revealed that the team initially sought out the theory that a ‘contract killer’ is responsible for Vella’s murder.

It’s added that this theory comes from the revelation that the gun was pressed directly against her head when she was shot, muffling sound and slowing down blood loss.

Police therefore believe this indicates someone who is a contract killer, as they would be used to assassinate people in this way.

Despite this professional looking kill, less than a week later another report states that MIT are looking into the possibility of a stalker killing Vella.

An anonymous source leaked the news to the media, stating that Vella has been the victim of a number of online attacks and unwanted attention as a female in the public eye.

However, a co-worker went on record in the same article to state that all threats were immediately reported to the police, and Vella did not believe there was an immediate threat to her life at the time of her death.

Just a month after the investigation started, DCI Jo Davidson was appointed the Senior Investigating Officer on Operation Lighthouse.

It’s not known why she replaced DCI Billy McTulloch.

DCI Steve Arnott explains this in episode one of series six.

In the first episode of series six, the police are seen raiding and arresting the home of Terry Boyle, who has Down’s Syndrome.

It was acknowledged that the name, Ross Turner, was an alias, and during interrogation Davidson tries to push him into a confession, believing him to be a crazed fan who then killed her after Terry called her a ‘nice lady’.

He is later released and nearly drowns when being driven home.

Becoming concerned with the tactics and ethics of Jo Davidson, Superintendent Hastings gives Steve Arnott the greenlight to investigate Davidson, under the belief her work may have prevented the arrest of Vella’s murderer.

In a discussion with Steve Arnott, Vella’s producer reveals a series of interviews that were never aired, including discussions of her launching a podcast to expose things not allowed to air.

He also said he believed that her notes and recordings related to the podcast were stolen from her at the time of the murder – but investigators at the time dismissed his concerns as there ‘wasn’t enough evidence to suggest a burglary’.

A partial audio recording of an interview with a probably whistleblower is discovered on Gail Vella’s laptop.

Officially, the person on the tape is unidentified, but fans believe that it’s Jimmy Lakewell, a bent lawyer AC-12 crossed paths with back in series four.

Line Of Duty continues Sundays at 9pm on BBC One.