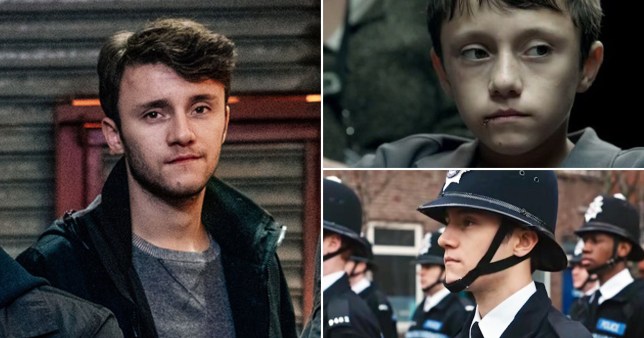 Despite all the CHIS (Covert Human Intelligence Source) chat, there is an important thread from series five that we still need some answers to.

No, not ‘who is H?’ but what happened to Ryan Pilkington (Gregory Piper), the youngster working for the Organised Crime Gang?

We last saw him being recruited as a member of the police force, presumably to work as a mole for his criminal bosses – but how does that fit into the story now?

As the episodes roll on, we’ve delved into Ryan Pilkington’s journey from his first appearance to now. 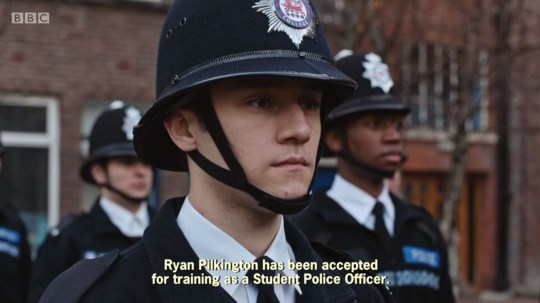 We were first introduced to Ryan all the way back in series one, as he terrorised residents of Moss Heath’s Borogrove Estate, working for the elusive Tommy Hunter.

His main job at the start of the show was to delivers burner phones on demand, on his BMX bike, and collecting drugs and debts on behalf of Hunter.

As well as this, he terrorised Terry Boyle – and regularly trampled his flat with his pals.

Ryan might have a tough time of it in the police force if he bumps into any of the AC-12 crew – as he previously faced off against Steve. 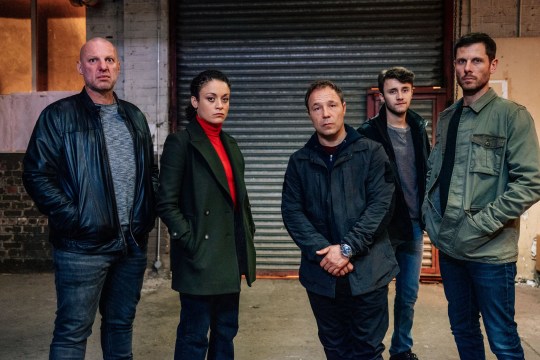 Ryan was embedded into an Organised Crime Group (Picture: BBC)

In fact, he once tried to cut Steve’s fingers off with bolt cutters when things went south between Hunter and the officer.

Tony Gates (Lennie James) took matters into his own hands at the end of the series, handcuffing the youngster to a pipe for his police colleagues to find him – leading to Ryan being arrested.

Kate led the questioning, during which he admitted to stealing phones for Hunter – and was eventually taken home by Simon Bannerjee (Neet Mohan), who tried to take him under his wing.

We didn’t hear or see a thing from the character until he popped back up years later in series five, deeply embedded in an Organised Crime Gang, alongside Lisa McQueen (Rochenda Sandall) and John Corbett (Stephen Graham).

He stepped up from delivering phones on bikes to actual crime, and was instrumental in the kidnapping and killing of Maneet Bindra (Maya Sondhi).

Ryan was also in charge of killing John after it was revealed that he was an undercover officer.

Season five of the drama ended with the star chillingly being recruited as a police officer, claiming that Simon Bannerjee inspired him.

But where will his journey take him now?

Line of Duty continues on Sundays, at 9pm, on BBC One.