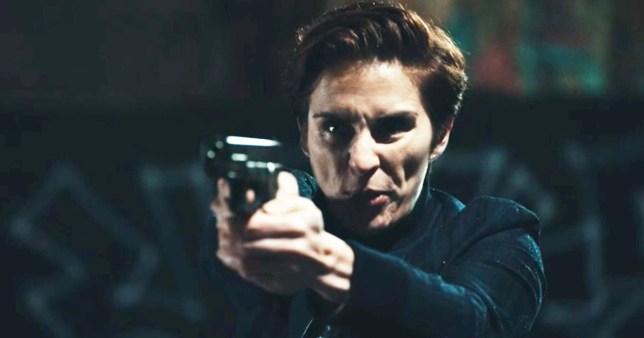 Kate Fleming was in a gripping shoot-out in Line of Duty (Picture: BBC)

The latest episode of Line of Duty ended with a heart-stopping cliffhanger, as Kate Fleming (Vicky McClure) and Ryan Pilkington faced off in a gripping shootout.

While fans trawled through the official series six trailer of the BBC drama for any clue of her fate, ahead of the penultimate episode, Alexa thinks she has it cracked.

In fact, if you ask the Amazon virtual assistant who the elusive H is, she gives away quite a lot of information about the upcoming instalments.

Getting a cue from Ted Hastings (Adrian Dunbar), she replied: ‘Jesus, Mary and Joseph fella, I cant tell you that, I’ll end up in Terry’s freezer.

‘But why not try asking me who shot who?’

Naturally, we couldn’t help ourselves, and followed her lead. 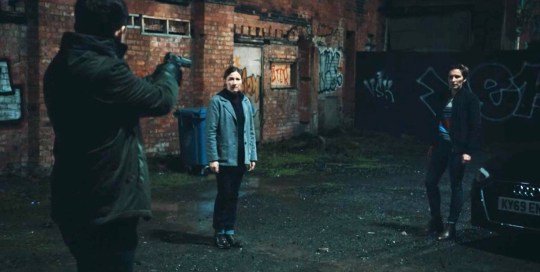 Alexa dropped some gossip about that iconic Line of Duty cliffhanger (Picture: BBC)

She added: ‘Mother of God, what a cliffhanger. I reckon Steve, Ted and Chloe got there just in time to take out fat sprat Pilkington in which case they can concentrate on finding the mackerel.’

Just in case Alexa didn’t hammer the point home enough, a photo of a mackerel popped up on our Amazon Echo device.

The latest episode sent blood pressures soaring across the UK when Kate unwittingly met up with Joanne Davidson (Kelly Macdonald), unaware that it was a set up organised by the OCG to kill her.

She went up against Ryan in the very final scenes, with the AC-12 racing to her location – but two gunshots could be heard as the credits rolled, suggesting they were too late.

Talking about the cliffhanger during an appearance on the Obsessed with Line of Duty podcast – hosted by former star Craig Parkinson, aka Dot Cottan – she spilled the beans on those last few seconds.

‘Well you know, every episode of Line of Duty history is terrifying, and Jed is always there to serve the story, and it’s exactly what happened with Dot,’ she said.

‘Dot’s time came when it was time to serve the story and that’s what Jed will always do, so I don’t wanna put anything out there, but Jed serves the story.’

Line of Duty continues on Sundays, at 9pm, on BBC One.