LINDA Carter has a new business venture to focus on after Janine Butcher gave her a whopping amount of money.

But just as she’s about to invest, the EastEnders character finds out her rival actually stole the cash from her daughter Nancy.

Linda decides to invest in a new business venture next weekCredit: BBC 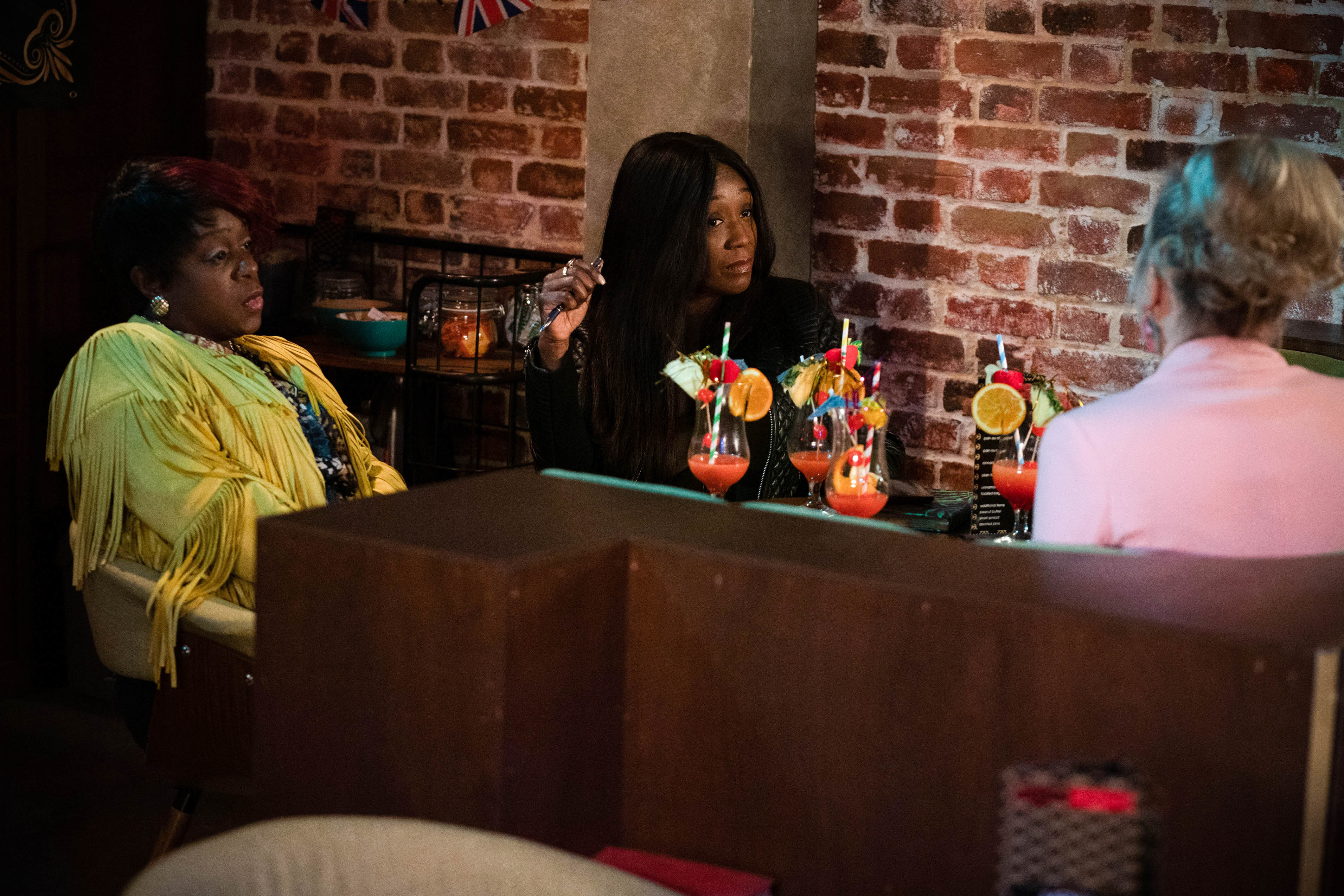 She impresses Denise and Kim Fox in the processCredit: BBC 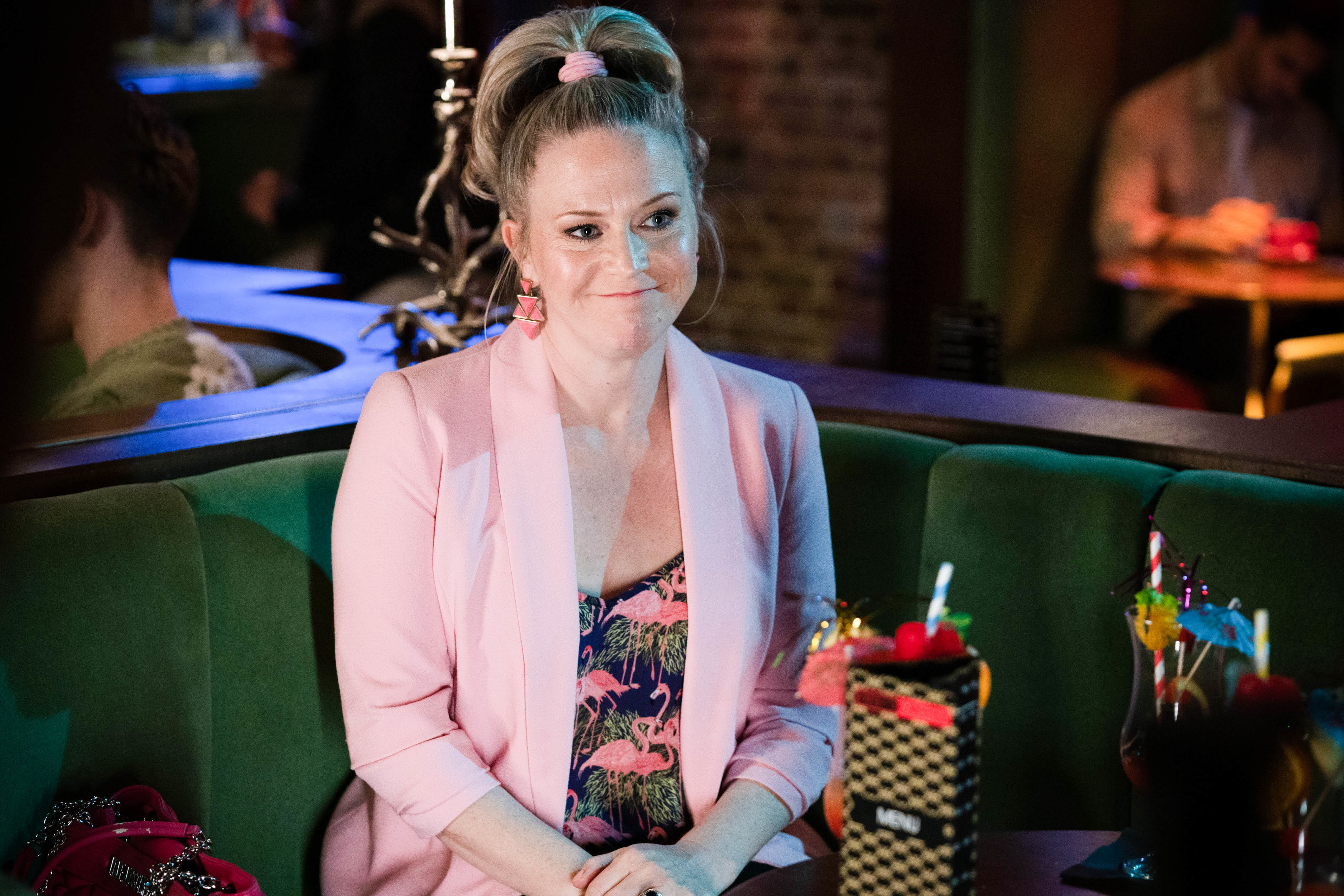 But this leads to her finding out her rival Janine took drastic action to get her out of the SquareCredit: BBC

Recent months have been nothing but harrowing for Linda Carter, portrayed by Kellie Bright.

As she continues to battle a severe alcohol addiction, the former Vic landlady also has to face her estranged husband Mick (played by Danny Dyer) and his new love interest Janine Butcher (Charlie Brooks).

After harsh exchanges and even a catfight, things came to a head again when Janine pushed Linda out of Albert Square – and was willing to pay her huge amounts of money in exchange.

Wanting to celebrate next week in the long-running BBC One drama, Linda is tempted to buy a bottle of wine but Rainie Highway (Tanya Franks) advises her against it. 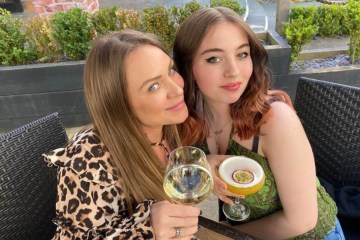 In order to cope, Linda turns to the Square’s Jubilee celebrations while Janine is frustrated to see Mick delighted with her hosting of a planning meeting.

Feeling positive, she then decides to use her new cash to expand The Vic’s business but is deflated when Mick implies her can’t trust her.

However, luck soon knocks on her door.

As Sam Mitchell (Kim Medcalf) is piling the pressure on her to give her money, Denise Fox (Diane Parish) has resorted to putting her salon up for sale.

She tells her sister Kim (Tameka Empson) about needing an investor and an eavesdropping Linda, who fights the urge to have a drink, pounces on the opportunity.

Later on in Ruby’s, Linda approaches Denise and Kim and offers to invest in the salon.

The pair deliberate and, upon agreeing, are shocked when Linda offers £50k by the end of the day.

While Jack is sceptical about Linda’s investment, Denise reassures him and Linda signs the contract, thus becoming the new co-owner of the salon.

All is well and Linda celebrated her new investment with her family and Janine.

But when her daughter Nancy (Maddy Hill) receives a call, learning the estate agents never received the money for her own dream business, Linda puts two and two together, realising Janine gave her money she had stolen.

She confronts Janine and threatens to tell Nancy the truth – how will Janine react? 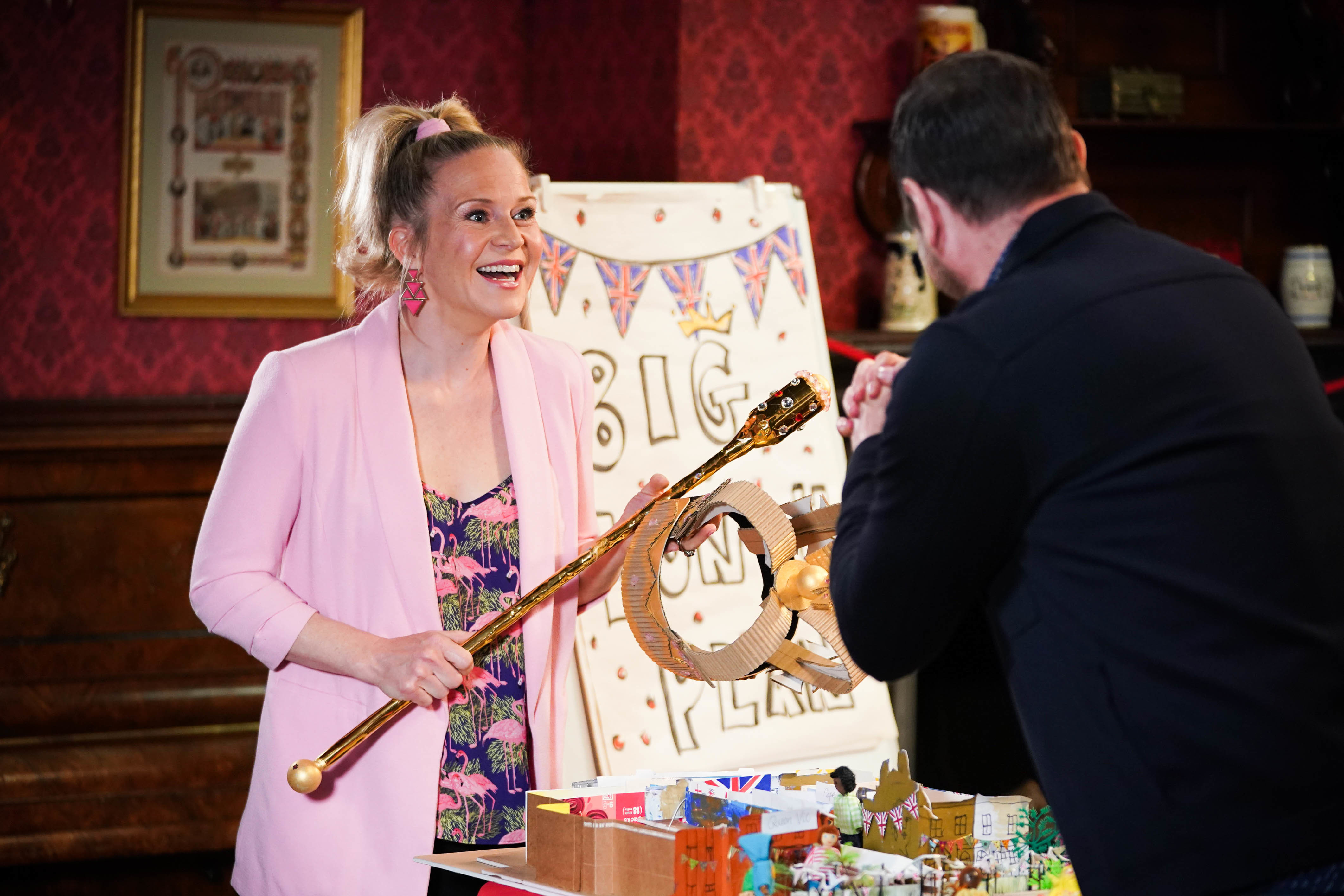 All is well for Linda when she becomes the new co-owner of Denise’s salonCredit: BBC 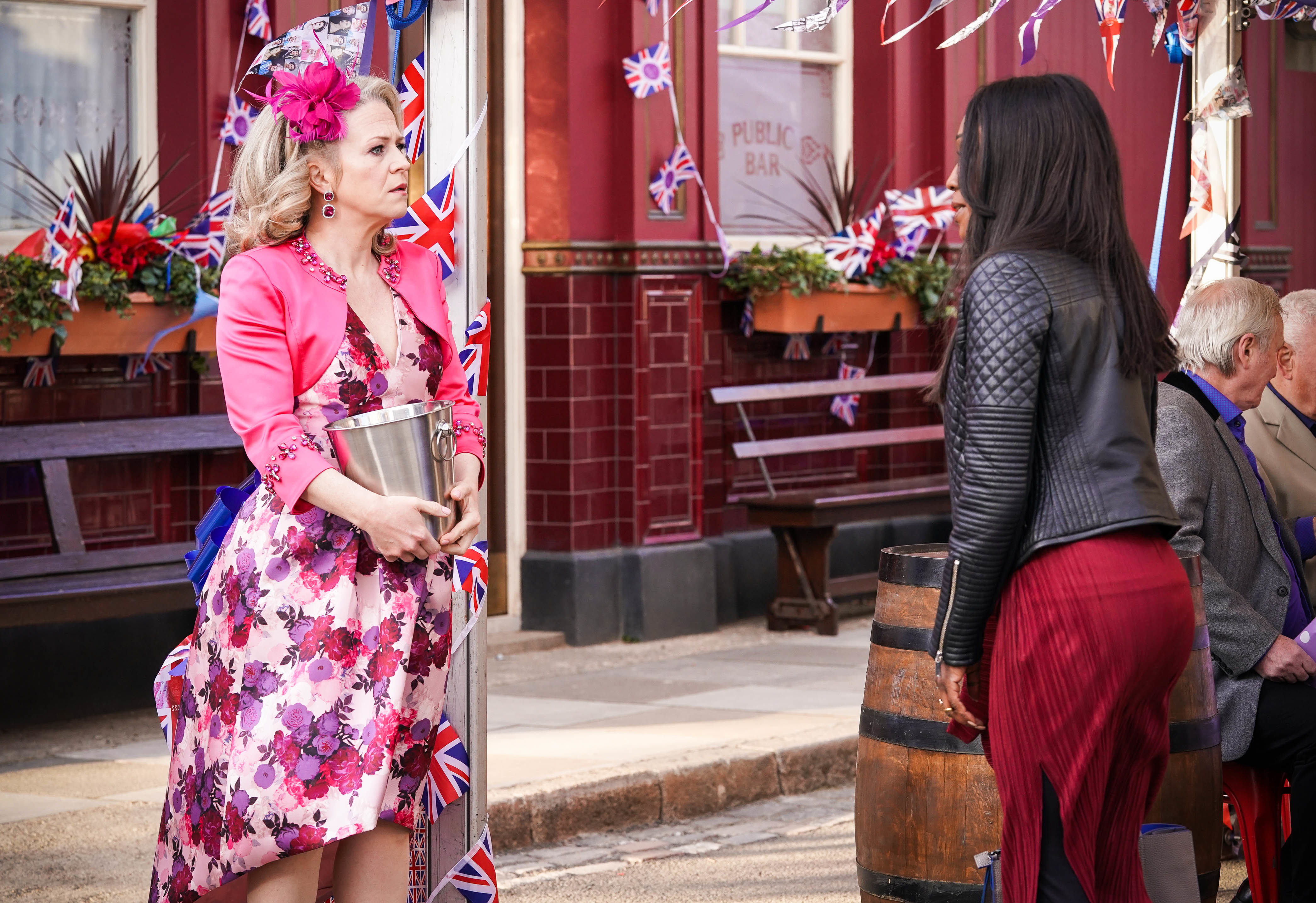 However, Janine stole the money she has been given from her daughter NancyCredit: BBC