IT has been nearly 15 years since Gillian McKeith became known as the Awful Poo Lady for looking at the contents of dieters’ toilets to help them shift weight.

And I can reveal that the classic telly format You Are What You Eat is making a long-awaited comeback. 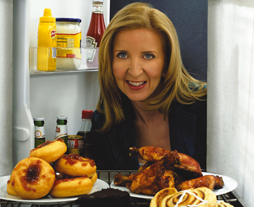 Gillian McKeith in the original You Are What You EatCredit: Channel 4

But it will not be on Channel 4 or fronted by Gillian.

I’m told legendary TV pres­enter Trisha Goddard, who is making a big UK comeback following a decade in the States, will host the reboot.

It will air on Channel 5 later this year.

A source said: “It’s a great format and one that was really well received back in the day.

“The production com­pany, CPL, were keen to breathe new life into it, and who better to do that than Trisha, who is so well loved and respected by viewers.

“They hope she will bring a fresh impetus to a popular show. And Channel 5 were delighted to give her and the series a new home.”

Trisha said: “I am thrilled to have been ask­ed to do You Are What You Eat. Many years ago, I finally worked out that what I ate helped dictate not only my physical health, but most importantly my mental health.

“There has been extra stress on us recently because so many of us have been forced to drastically change routines, and while our social lives have shrunk, the same can’t always be said for our waistlines.

“There is nothing more uplift­ing than finding how to create the best version of yourself.” 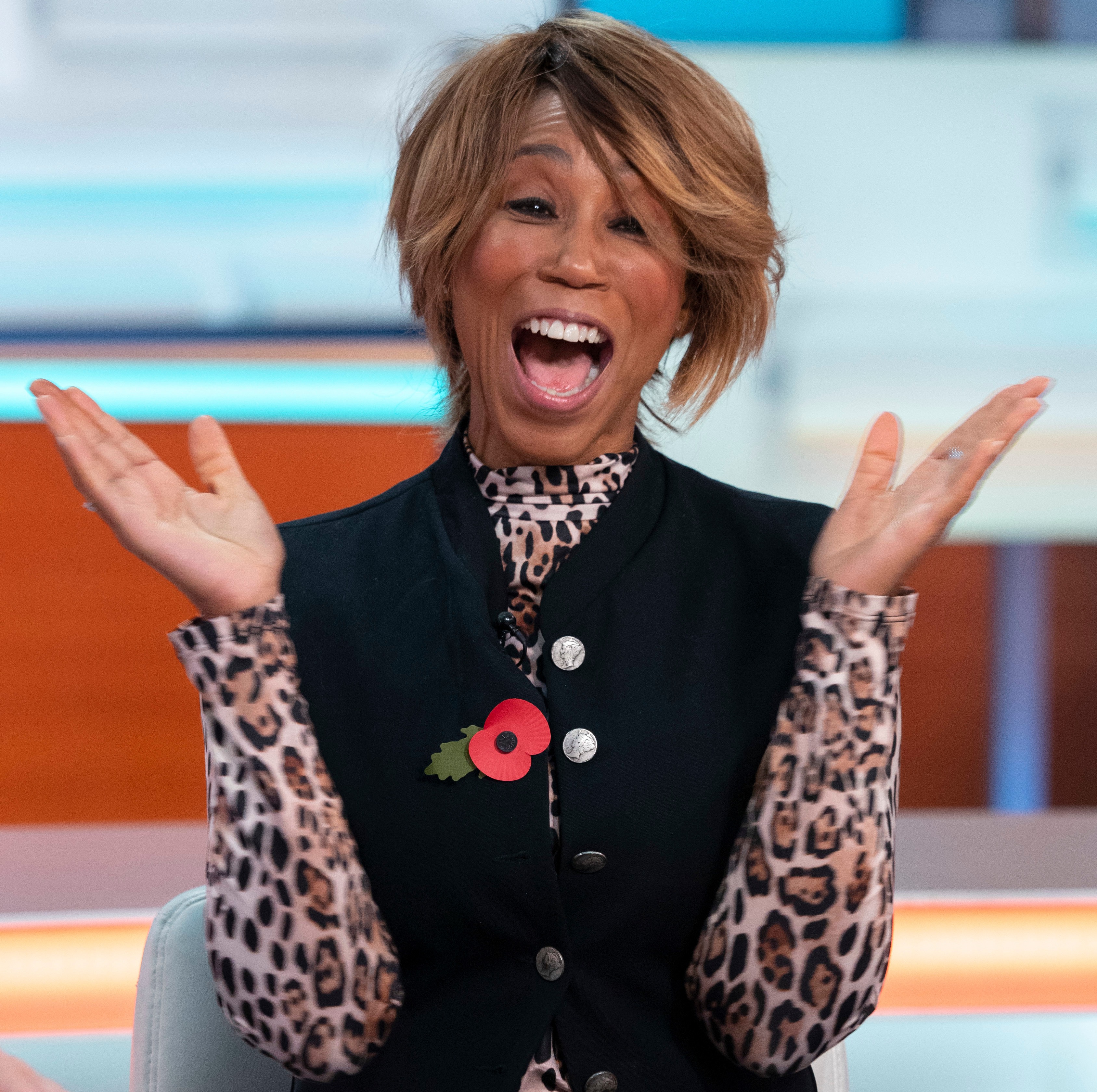 Trisha Goddard will host the rebooted You Are What You EatCredit: Rex Features

The programme was a hit in the Noughties, looking at people whose unhealthy eating habits threatened to send them to an early grave.

It aired for four series until 2007, and saw then-host Gillian look at the effect a participant’s appalling diet was having on their body.

Gillian would then transform the way they ate – and felt – in just eight weeks.

The original series also became known for the shock tactics used to convince some of its larger contributors to lose weight.

Gillian even made one participant cry, by showing the woman a tombstone in her garden with her name on it – made out of chocolate.

FROM Last Tango in Halifax to The Split and Unforgotten, hardly a drama gets made without Nicola Walker being cast in a leading role.

Now Nicola – who got her big break in Spooks – is starring in a new drama called Annika which will air on Alibi. 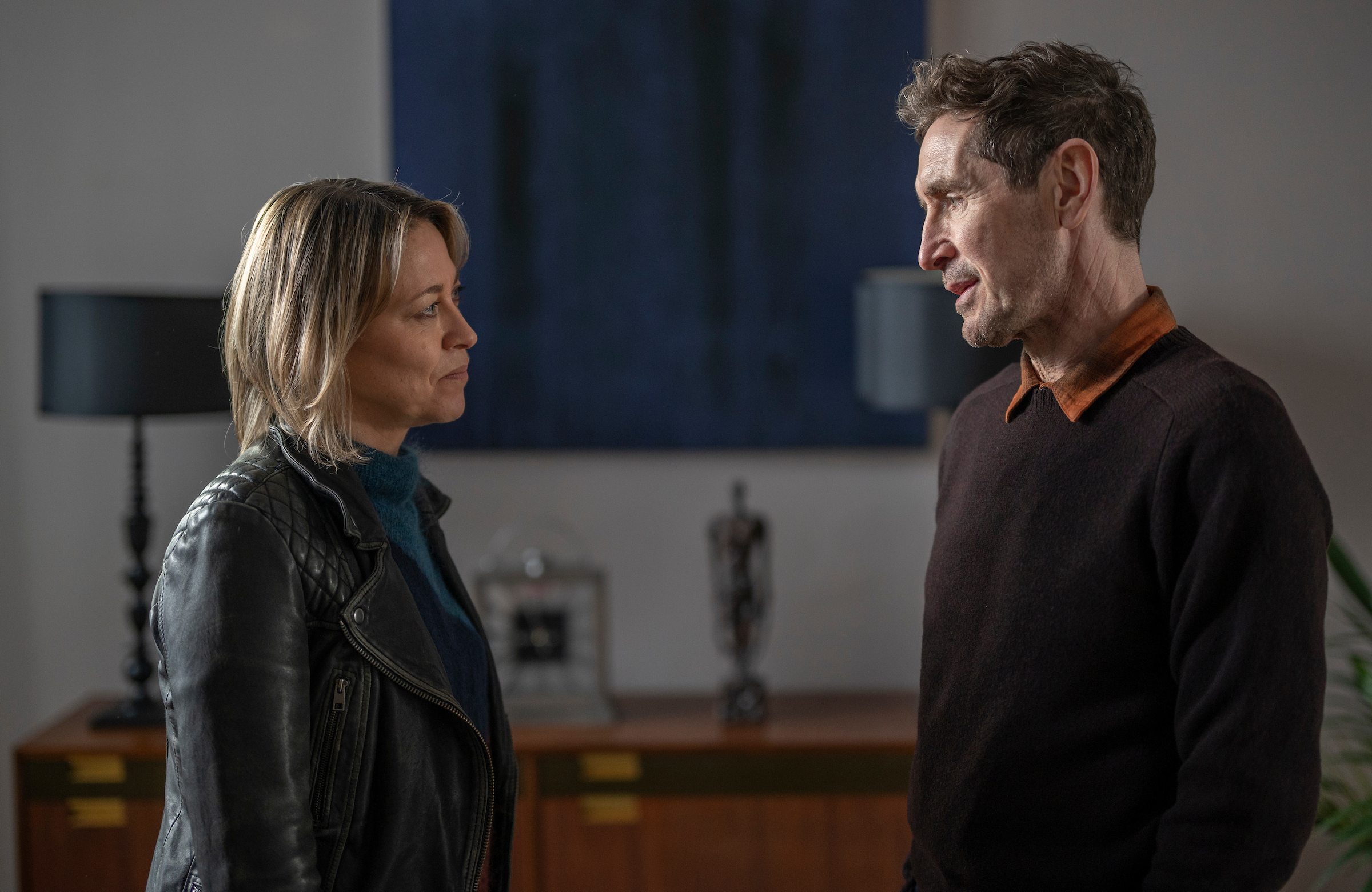 It will see her appear opposite Paul McGann. He plays a child therapist who helps her character’s daughter with anxiety.

He’s rather dishy and, predictably, the lines get blurred and an ethical crisis follows.

Paul’s many notable appearances include his one-off performance as the Doctor in Doctor Who in 1996 and more recently as neurosurgeon Professor John Haskell in Holby City.

I’ve a feeling he’ll be showing off his bedside manner in this show too. 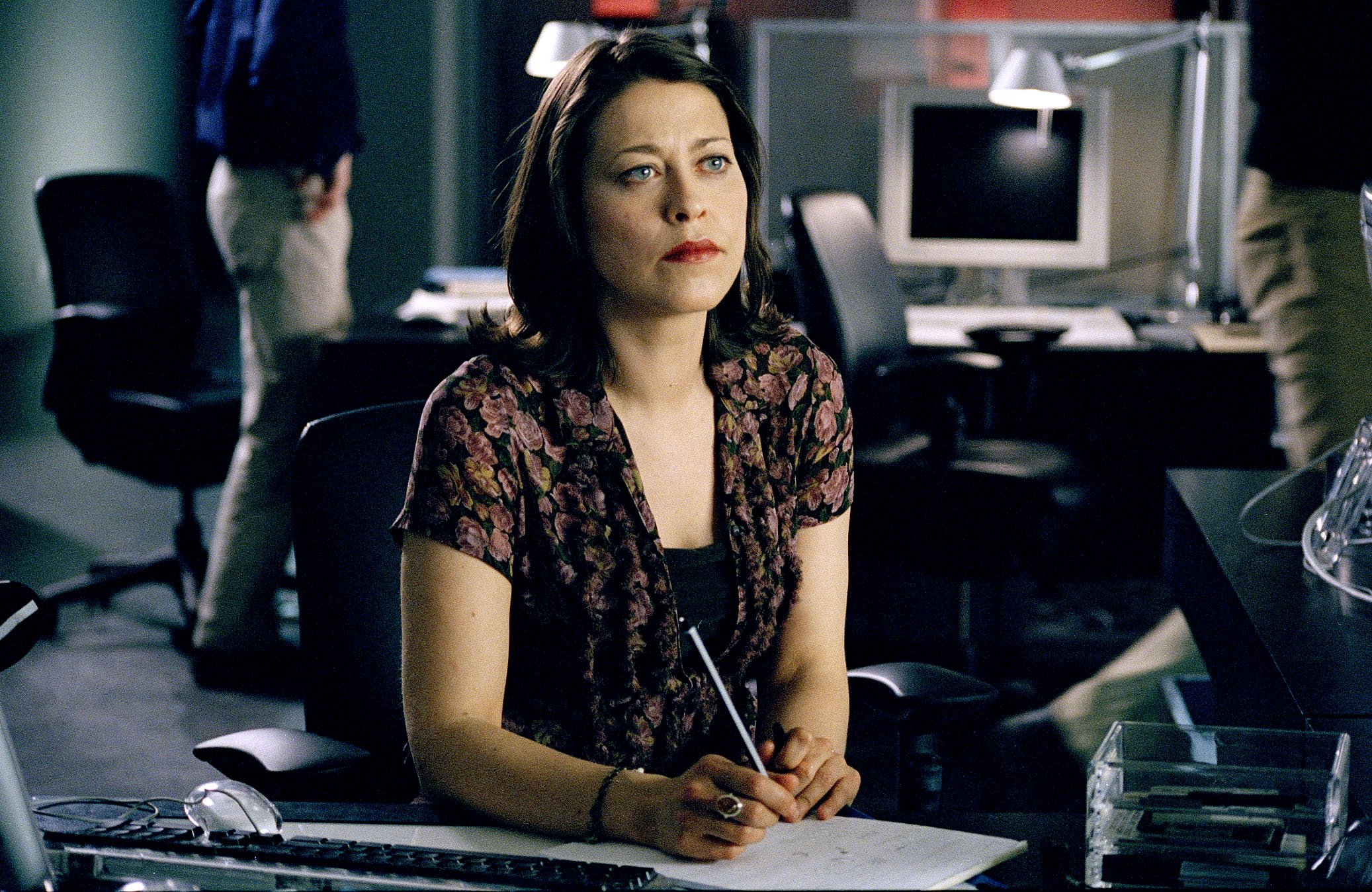 Nicola got her big break in SpooksCredit: BBC 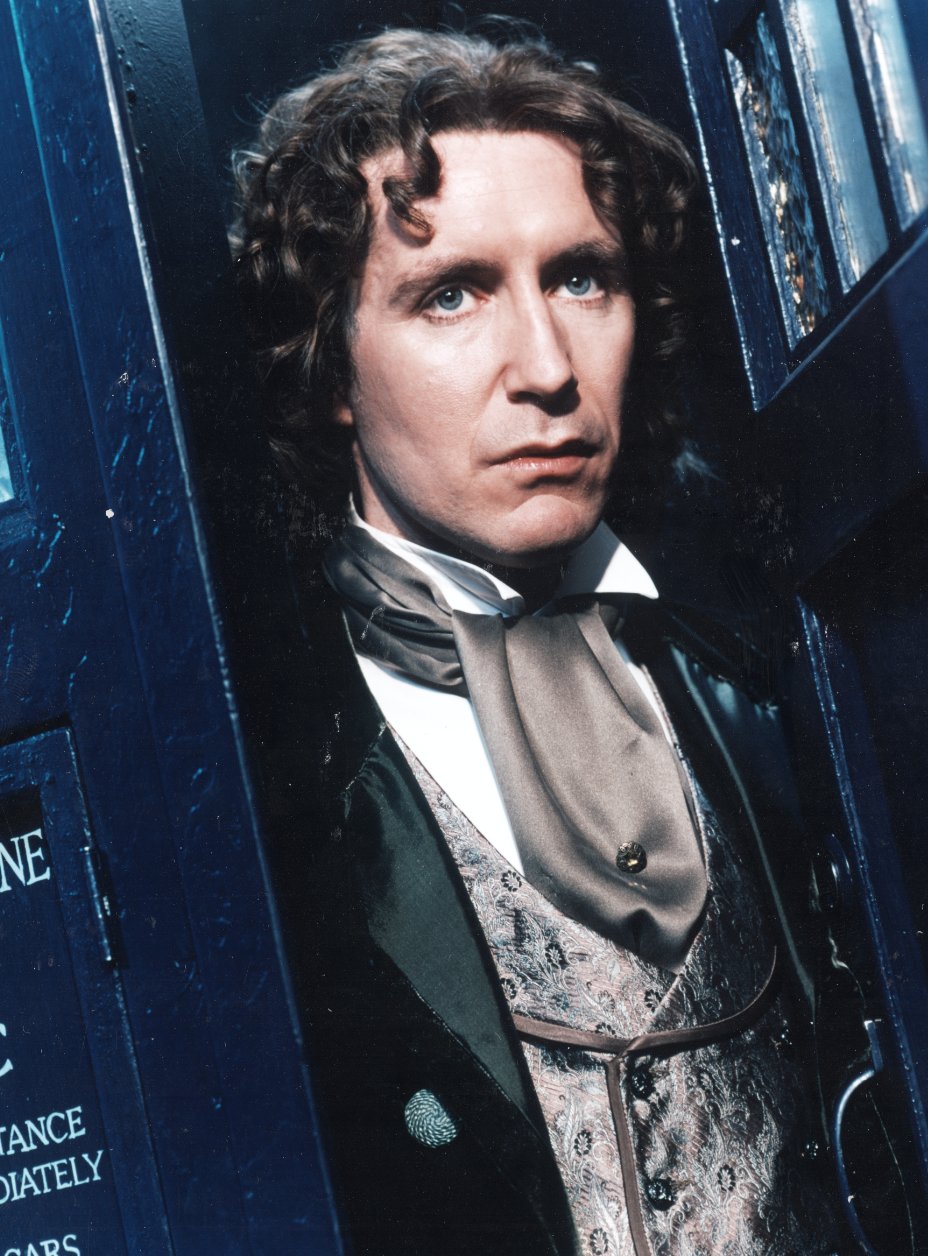 Paul in his one-off performance as the Doctor in Doctor Who in 1996Credit: BBC

LINE Of Duty actress Vicky McClure revealed she drew a giant willy on a police notebook – and her co-star Martin Compston almost burst out laughing while filming when he opened it on the offending page.

She told That Gaby Roslin Podcast, out on Monday: “It’s so stupid and childish.” I don’t know – it’s pretty funny.

ITV boss Kevin Lygo has announced a string of new shows coming up in 2021 – including a new Saturday night game show, a dating show and a drama about canoe conman John Darwin.

Also coming up will be Good Morning Britain host Kate Garraway opening up about the Covid-19 battle being fought by her husband, Derek Draper. 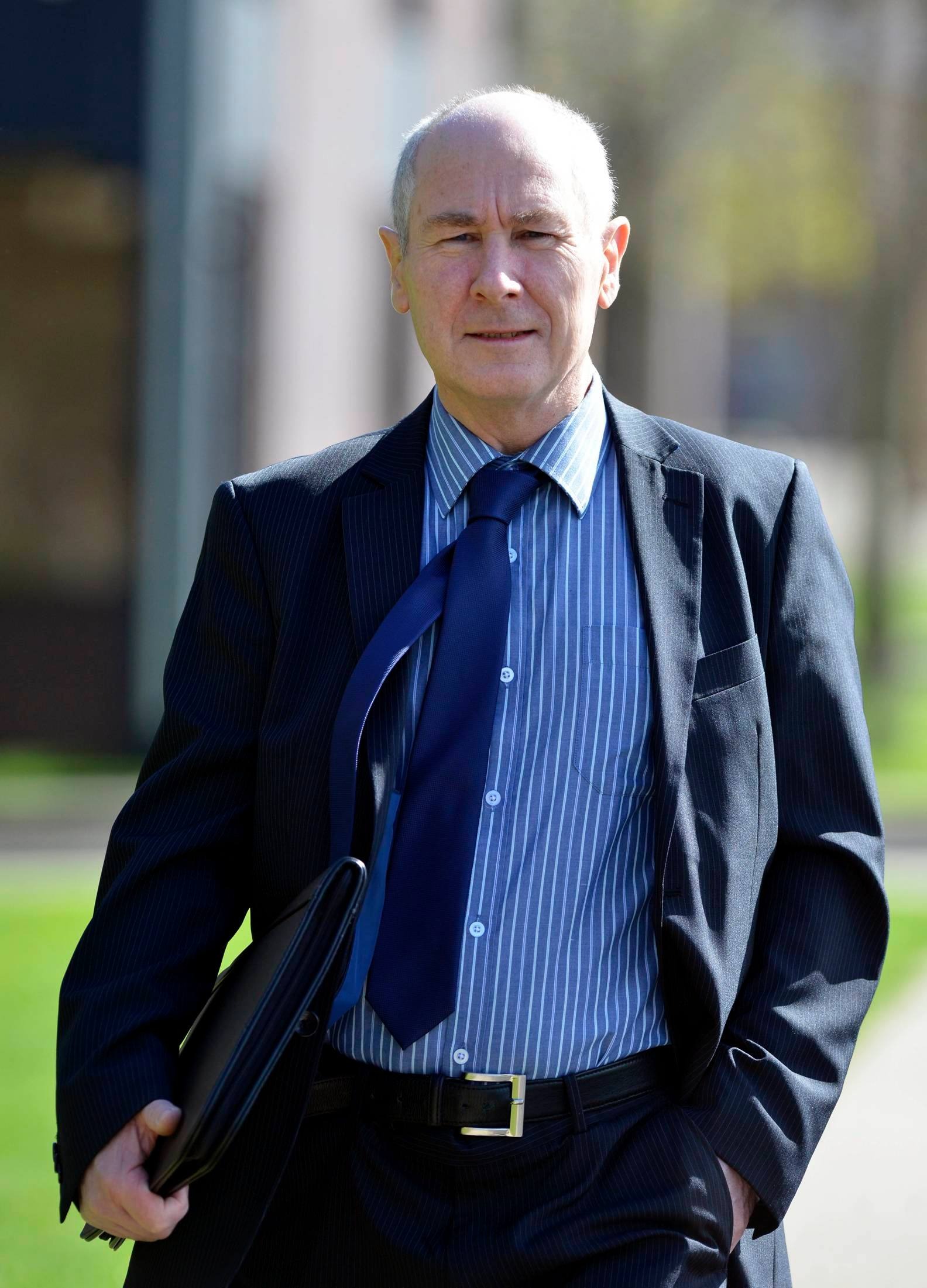 New drama The Thief, His Wife and The Canoe will tell the real-life story of how John Darwin faked his own death to claim on his life insurance.

In addition, a new Saturday night game show called The Void will air, along with a new dating show on ITV2 in the autumn called Ready to Mingle.

Kevin, who is Managing Director of Media and Entertainment, also highlighted the major events that the channel would be hosting in 2021, including football’s European Championships.

He said: “There’s so much to look forward to on ITV this spring and into summer, with the Euros and the return of Love Island, but much more besides.”

BBC presenter Nicky Campbell has revealed he was once so high on hallucinogenic mushrooms he thought he was talking to a deceased John Lennon.

The 5 Live presenter and Long Lost Family host ended up being found slumped in the street by a stranger during a night out at university. 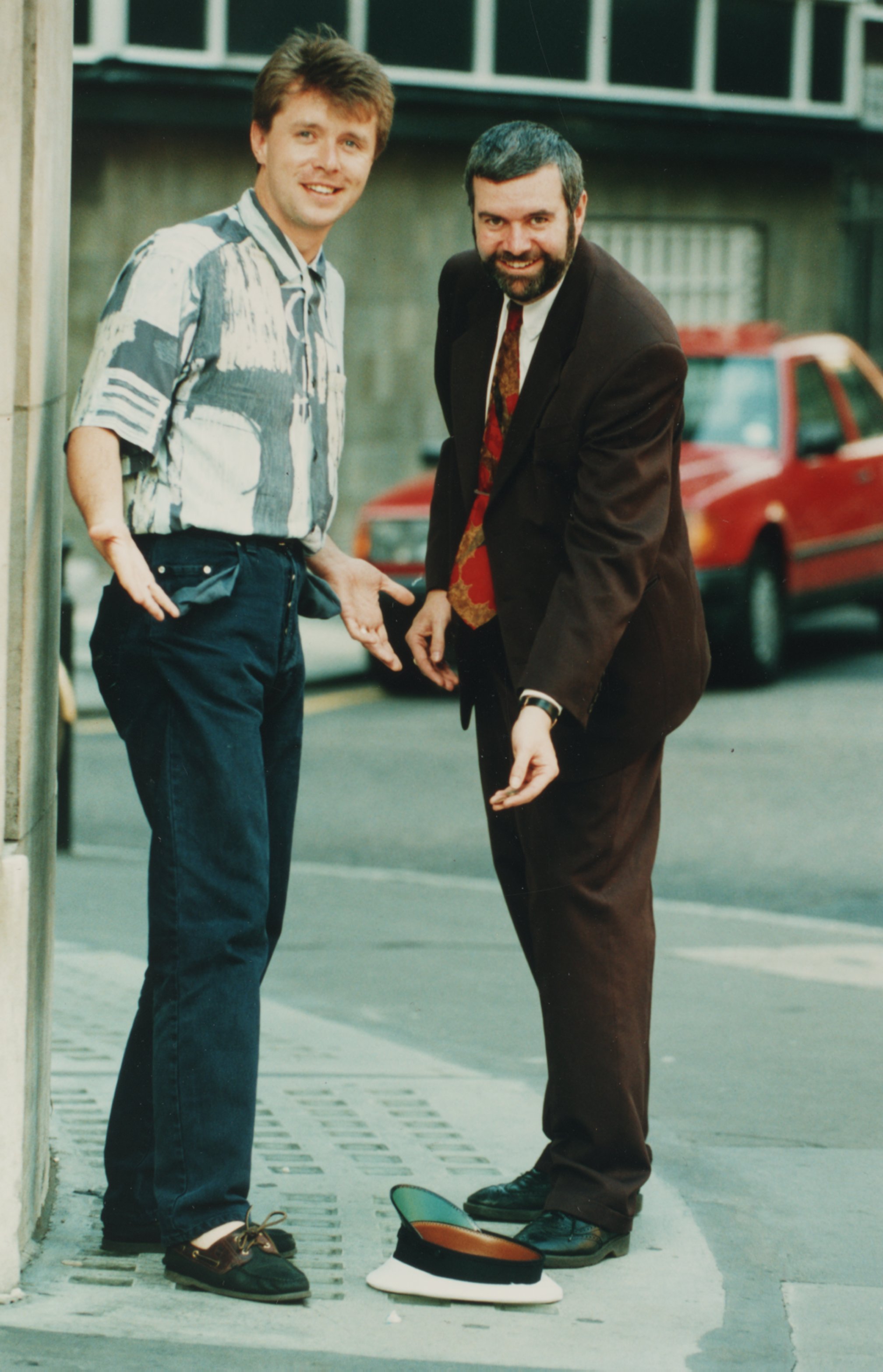 He said of his time in Aberdeen: “I took up acting and magic mushrooms.

“I became fascinated by the extreme experience of hallucinogenic journeys into the centre of the deconstructed mind.

“A combination of ‘Red Star Acid’ and mushrooms, and time would be Daliesque, slip-sliding all over the place.”

In his new book One Of The Family – Why a Dog Called Maxwell Changed My Life, he added: “During one trip, in a back room of a tenement flat near the docks, I could see maybe a dozen people in the low-lit gloom, one of whom was almost certainly the brother of a friend of a mutual friend in the same class as someone we knew.

“As I soaked up the disjointed lines of Strawberry Fields Forever, the lava light shapes shifting and the curtains – nothing to get hung about – opening and closing, John Lennon, not long dead, spoke to me.”