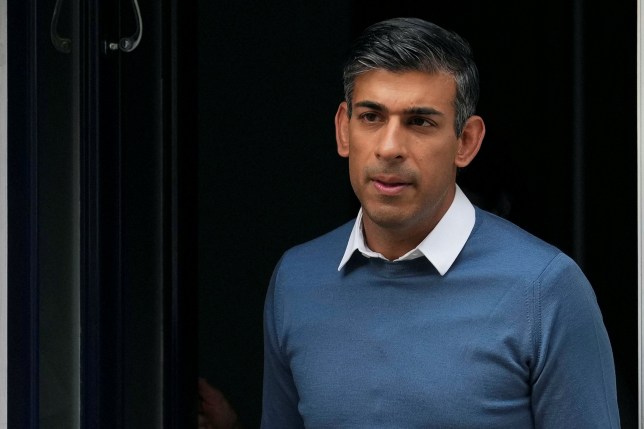 The caller claimed Rishi Sunak, who was born and educated in England, ‘isn’t even British’ (Picture: REUTERS)

The caller who claimed to be a Conservative party member rung into the radio station amid the ongoing speculation of who will be making a bid to be the next Prime Minister, after Liz Truss announced her resignation.

Boris Johnson and former Chancellor Sunak’s names have both been thrown into the mix, although nothing of yet has been confirmed, while Penny Mordaunt has officially thrown her hat into the ring.

The caller, Jerry, claimed Sunak ‘doesn’t love England’ and ‘isn’t even British in most people’s opinion.’

He said: ‘We want Boris back and Boris has the best chance of winning the next general election.’

He continued: ‘Rishi’s not going to win it. Rishi’s not even British, in most people’s opinion. He’s got American allegiance, his family’s American. They’re Indian businesspeople. He’ll go and live in America no doubt. He doesn’t love England like Boris does.’

Liz Truss resigns: What happens next? 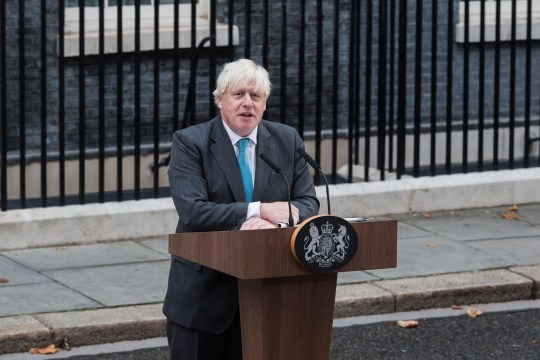 The caller was clearly a supporter of Boris Johnson (Picture: Wiktor Szymanowicz/Anadolu Agency via Getty Images)

Myska, after a stunned moment, pointed out that Sunak was born and educated in England, explaining that he is a British citizen, and his British background.

She continued: ‘He is the man who many people credit, through the furlough scheme, [that] saved the economy, and you don’t think that proves that he’s British?’

However, after arguing some more and stating that Sunak’s wife ‘is not British’, Jerry then hit back with an unfounded claim: ‘Half of al-Qaeda are British citizens.’ 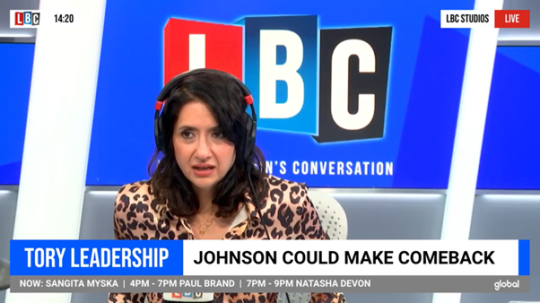 Myska replied: ‘Can I just be clear here, have you just likened Rishi Sunak, the former Chancellor and possibly the next Prime Minister, to a member of al-Qaeda?’

Jerry tried to continue arguing that he was speaking ‘what Tory voters believe’. 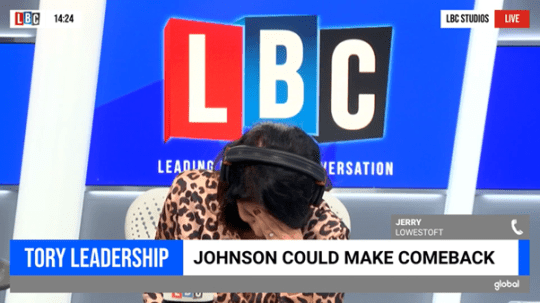 At one point, she had her head in her hands after hearing the claims (Picture: LBC)

Myska then powerfully put Jerry on the spot, asking what it would take for him to consider Sunak ‘British enough for Tory members like you to vote for him?’

Jerry persisted: ‘I don’t think he loves England,’ while Myska was seen with her head in her hands.

When Jerry used the word ‘globalist’ during one of his so-called arguments, Myska quickly shut him down, saying: ‘Please don’t use the phrase globalist again because many of my Jewish listeners will find that incredibly offensive because it has also been used, at times, as a racist put down to the Jewish community.’ 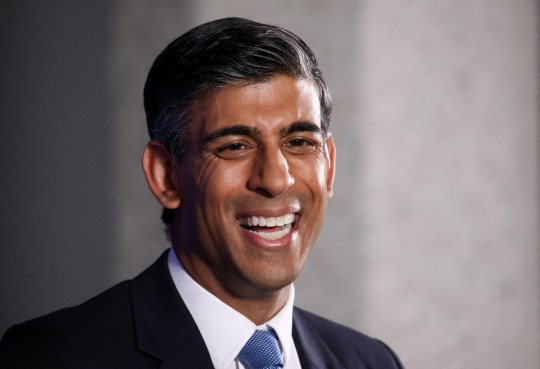 It is not yet confirmed whether Sunak is making a bid to be the next PM (Picture: REUTERS)

She later asked him directly: ‘Is the problem Jerry that Rishi Sunak is a brown man and you don’t trust him at the top of this country?’

Myska hit his own words back to him to which he then accused her of ‘twisting it’, however she ended: ‘I think you’re losing this argument Jerry, I think you’re a racist, and it’s absolutely fascinating that you and other Tory Party members think like this.’

Shortly after Jerry called me @LBC we went to an advert break. Iâd be lying if I said dealing with racism and bigotry doesnât take its toll on PoC. It does. Luckily my producer @catrionabeck had my back. PS.Iâm in full recovery mode, at home, with most English dish of all: curry pic.twitter.com/JhgjLoI7if

After the call, Myska uploaded a video of her recovering from the call she’d had to put up with as she Tweeted: ‘ Shortly after Jerry called me @LBC we went to an advert break. I’d be lying if I said dealing with racism and bigotry doesn’t take its toll on PoC. It does.

‘Luckily my producer @catrionabeck had my back. PS. I’m in full recovery mode, at home, with most English dish of all: curry.’