Kris Jenner broke down in tears as she announced Keeping Up With The Kardashians is ending to the production team.

In a sneak peek of scenes set to air when the show returns on March 18, Kris is seen welling up as she talks to her friends about the series coming to an end after 14 years.

Speaking to Faye Resnick and Kyle Richards, the momager said: ‘It’s hard. It’s just hard to think about the end.’

She added: ‘It is complicated. It’s all these different personalities and people and kids and grandkids and everybody thinking, “What’s the right thing for everybody?” and “When’s the right moment?”

Weeping as her friends console her, Kris then breaks the typical rule of pretending the cameras aren’t there and continues: ‘Everybody in this room is my family. They’re day one, season one. 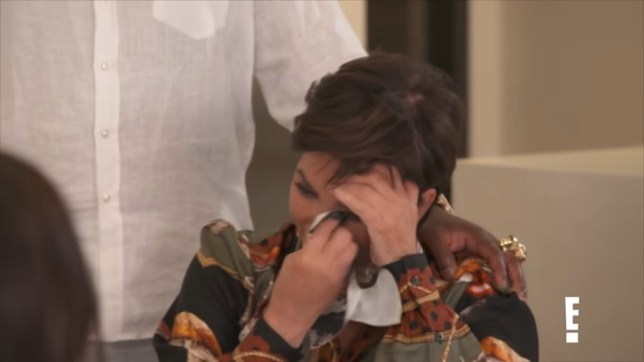 Kris struggled to speak as she spoke about the end of the show (Picture: E!) 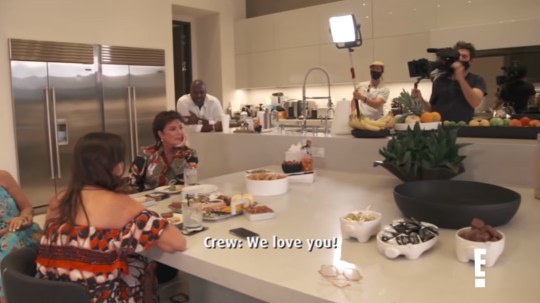 Kris broke protocol to tell the crew that she loved them (Picture: E!

‘Every single thing we’ve done, we’ve done together. Whether it’s a vacation, a birth, a marriage, a divorce, everything has been so public. It’s part of our life. This is our life.

‘Telling the crew was the hardest thing I’ve ever done in my whole life.

‘We love each other so much. You don’t appreciate what’s right in front of you all the time.

‘I appreciate all you guys, just for the record.’ 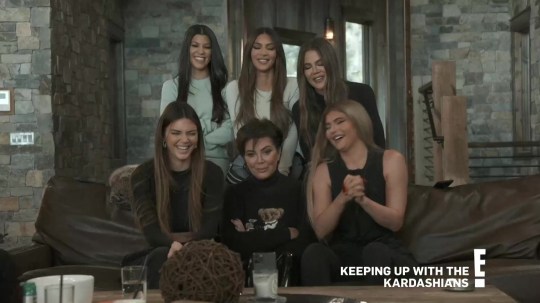 Keeping Up will be ending with its next season (Picture: E!)

Kris, alongside her children Kim, Khloe and Kourtney Kardashian, Kylie and Kendall Jenner, and her son-in-law Scott Disick, all announced Keeping Up With The Kardashians would end with this upcoming season last September.

In a statement shared on all of their platforms, led by Kim, they said: ‘To our amazing fans – It is with heavy hearts that we’ve made the difficult decision as a family to say goodbye to Keeping Up with the Kardashians.

‘After what will be 14 years, 20 seasons, hundreds of episodes and numerous spin-off shows, we are beyond grateful to all of you who’ve watched us for all of these years – through the good times, the bad times, the happiness, the tears, and the many relationships and children.

The series has been running since 2007, and has been E!’s longest running reality series.