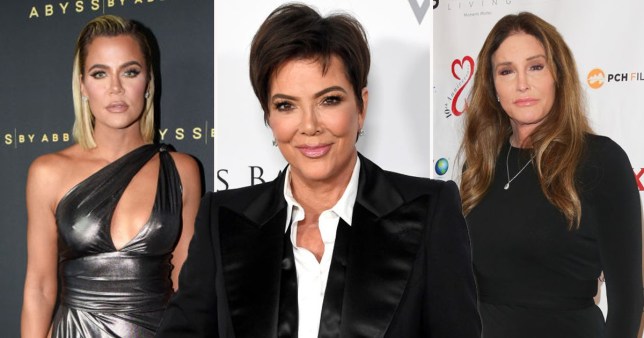 Kris Jenner revealed she once had sex with Caitlyn – as Khloe Kardashian hid under their bed (Pictures: Getty)

Kris Jenner admitted she once had sex with ex Caitlyn – as daughter Khloe Kardashian hid under their bed.

Just when you think that the famous family can’t shock you any further, they drop these kind of bombshells and leave the rest of us shocked.

The momager, 65, opened up about the agonising moment during an appearance on The Ellen DeGeneres Show, telling the host all about the awkward ‘hanky panky’ session.

She explained that the Good American designer was 10-years-old-at the time, and was playing hide-and-seek under her bed with a pal.

Kris and Caitlyn shut the lights off but, instead of snoozing, they began to get intimate, while ‘the kids were still under the bed’.

‘That was traumatising. I’m sure she didn’t bring that up because she has PTSD over that one,’ she laughed.

When asked how she came to realise Khloe and her pal were under the bed, the Keeping Up With The Kardashians star continued: ‘Well they were so scared, they stayed there for hours.

‘In the middle of the night, when they were sure we were both asleep, they snuck out and we caught them sneaking out. It was awful. 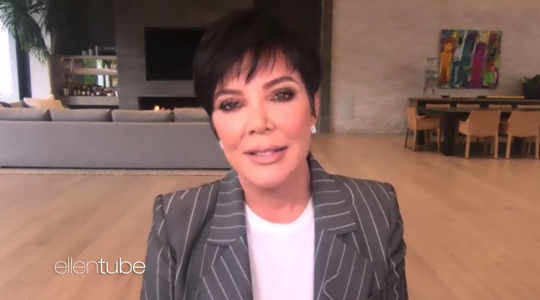 ‘They couldn’t have possibly known what we were doing, but I think as they got older, they figured it out.’

They definitely did, as Khloe actually recalled the mortifying memory on an episode of her brief talkshow.

‘I was playing hide-and-go-seek when I was younger and I fell asleep … under my mum and [Caitlyn]’s bed,’ she said while on Kocktails With Khloe.

‘And I woke up to the bed shaking and I was too scared to leave, so I had to wait for the whole thing.

‘My mum feels bad about it still. We talk about it all the time.

Over to you, Kris…