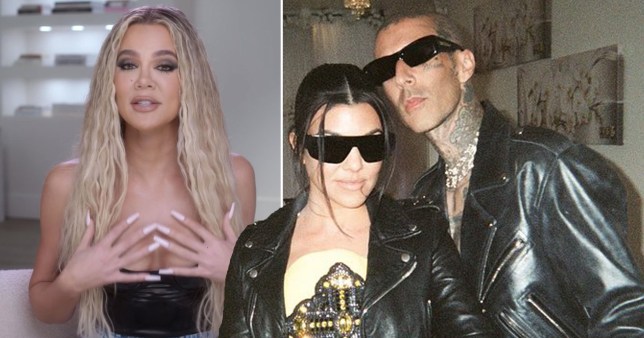 Kourtney Kardashian was referred to as ‘Khloe’ during her wedding (Pictures: Hulu / Instagram)

Kourtney Kardashian has reflected on her drunken Las Vegas ceremony with husband Travis Barker, admitting that she doesn’t remember a huge deal of it.

In fact, despite being one of the most famous women in the world, the officiant kept getting her mixed up with sister Khloe Kardashian while at the altar.

Before finally saying their vows in Italy, the lovebirds sent fans into a spin earlier this year when they shared pictures while at a chapel in Nevada – but later confirmed that it wasn’t legally binding.

In the latest episode of the Kardashians, the mom-of-three was filming a confessional when she was questioned on whether they were actually married.

‘Well guess what… I guess what happens in Vegas doesn’t always stay in Vegas. I don’t even know where to begin,’ she told the camera. ‘Vegas with Travis is really fun. 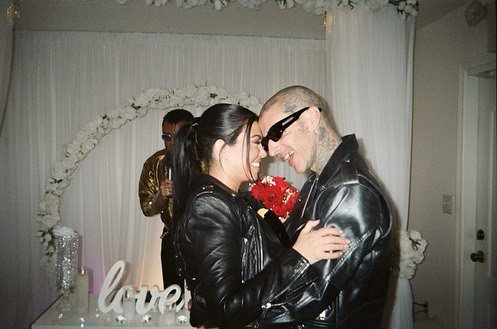 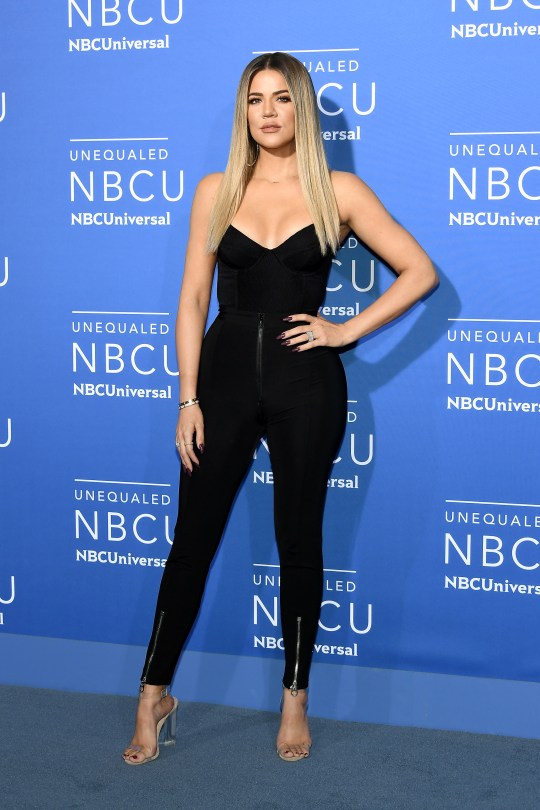 Elvis mistook Kourtney for her younger sister at the altar (Picture: Getty)

He’s like, “It’s the Grammys and it’s our first Grammys together, let’s make this the best night ever.”’

Things took a turn when they decided to tie the knot, and the bride insisted: ‘We knew that Elvis had to marry us.’

However, Kourtney had a lot of alcohol that evening and turned into ‘tequila Kourtney’ – Simon Huck’s words, not ours – so was not able to remember a lot of their magical evening.

‘I didn’t even remember Elvis sang to me walking down the aisle. I didn’t remember I had a bouquet,’ she continued, before explaining that they were not able to acquire a wedding license as it was ‘2am’. 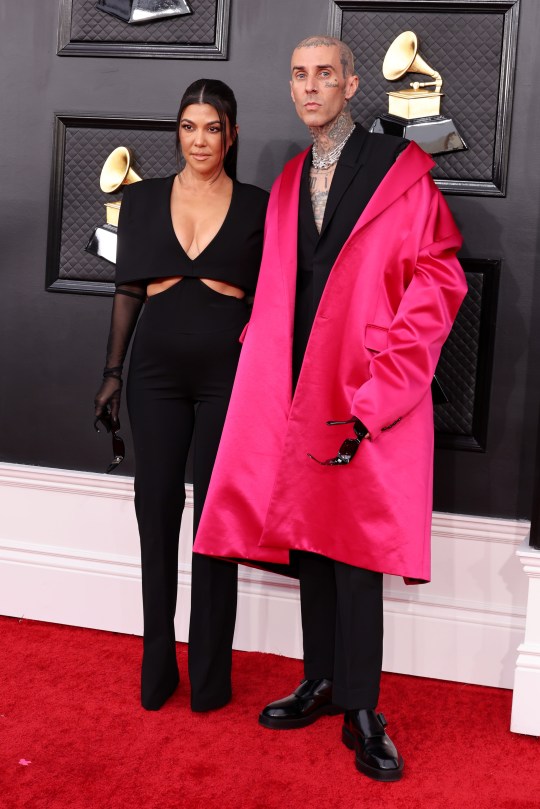 ‘When Elvis was marrying us, he was like: “I, Khloe, take thee Travis”. I just lost my mind, fell straight on the floor and we couldn’t get up,’ she recalled.

‘I did throw up after though… I took my top off, unbuttoned my pants, I had to walk back through the hotel with a million people taking my photo. I was a hot slob kebab.

‘What could be a more fun night in Vegas? I’m truly living my best life – don’t let anyone tell you any different.’

Speaking to Simon about their wild night in Vegas, Travis explained that only a few people – including their security teams and his manager – were with them at the time. 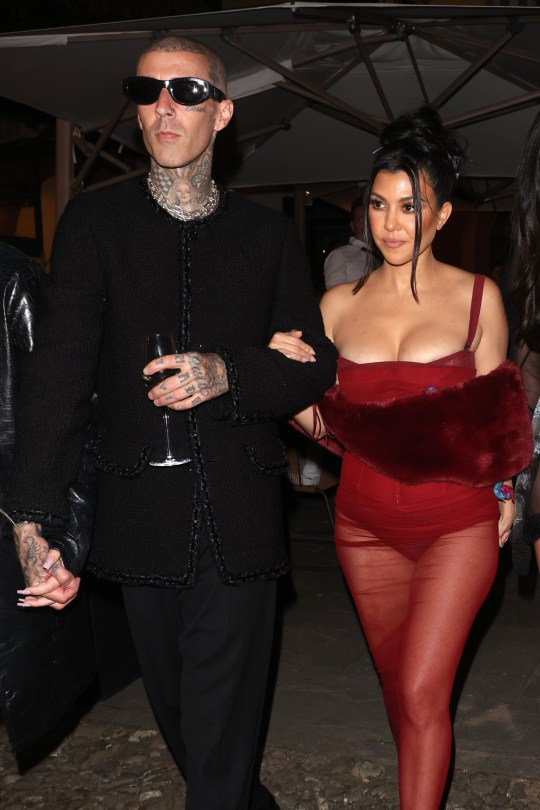 Kourtney and Travis jetted to Italy for their third ceremony (Picture: GC Images)

‘If that’s anything like our real wedding, I’ll be really stoked,’ he added. ‘It was so fun.’

Thankfully, they were slightly less inebriated for their second wedding, which was a low-key affair in Santa Barbara.

They then threw a third celebration in Italy, where they became husband-and-wife once again.

Kardashians viewers will get a front seat into their plans for their big day, but cameras were not rolling for the moment they exchanged vows.

‘It’s everything leading up ‘till,’ Kourtney previously told E! News. ‘Travis and I go to Milan to do our wedding fittings.

‘So that’s a really good adventure that we bring you guys along on.’

‘There’s a lot of family stuff that’s just gone on during season two,’ she added. ‘So you get to see that.’

The Kardashians airs on Hulu in the US and Disney+ in the UK.