An educational TV show for kids has been stung with huge backlash for featuring naked adults in front of an audience of children in Holland.

Simply Naked sees a group of free-spirited adults disrobe in front of children to answer questions about the human body and feeling comfortable in their own skin.

In a trailer released by Dutch broadcaster NTR, some of the youngsters get the giggles as a group of nude adults appear on stage.

‘The aim is to teach children that each and every body is different and that not all bodies are perfect,’ TV presenter Edson da Graça told NOS.

Simply Naked doesn’t touch on sex and bosses have stressed parents are capable of deciding if the programme is suitable for their child – there are plenty of other channels to choose from.

However, the show has still been hit with complaints with furious critics branding Simply Naked ‘disgusting’. 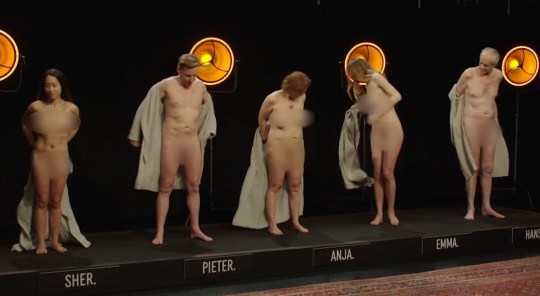 Reactions from Dutch children who were able to watch a preview of an episode varied from ‘this is not a show I need to see’ to ‘it’s good to know that other people worry about the same things too’, according to Dutch News.

The public broadcaster said in a statement: ‘The children knew exactly what was going to happen and they could say how they felt during the programme at any time.

‘We had expected a bit of a ruckus. Not everyone will think this is for children and that’s OK. It’s up to the parents to decide if their children can watch.’ 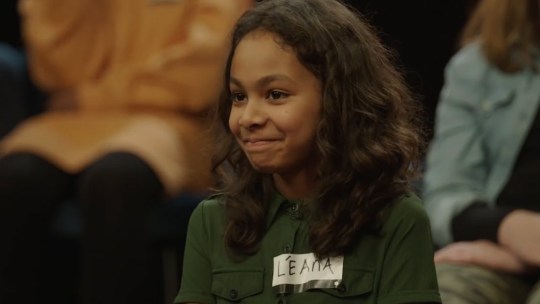 Simply Naked is based on a Danish kids’ TV show with a similar premise, titled Ultra smider tøjet (Ultra strips down), which has also faced backlash in Denmark.

Discussing the show, Sofie Münster, a parenting expert told the New York Times in October: ‘We recognise the significance of a bruise. Danish parenting generally favours exposing children rather than shielding them.

‘This is how we educate our children, we show them reality as it is.’

Cardi B hits out at E! for unauthorised ‘Hollywood Story’ of her life