Khloe Kardashian’s horror discovering that Tristan Thompson was having a baby with his ex-girlfriend was all caught on camera for the new Hulu series, The Kardashians.

The reality star, 37, had no idea that Tristan, 32, had fathered a child with his mistress Maralee Nichols until receiving the news while the cameras were rolling.

Back in December, Maralee, 31, revealed she gave birth to a baby boy, Theo, and had been having an affair with the NBA star while he was still dating Khloe – the mother of his four-year-old daughter, True.

Khloe’s rug pull ended up being caught on camera when producers were with her to film another storyline.

Executive Producer Danielle King told US Weekly: ‘Well for that particular moment, my crew was there. We were there to film something else early in the morning and the morning that news broke, we legitimately just happened to be there. We have that moment on camera.

‘I know sometimes it’s tough for the audience to kind of grasp like “Oh, did they go back and did they capture this?” 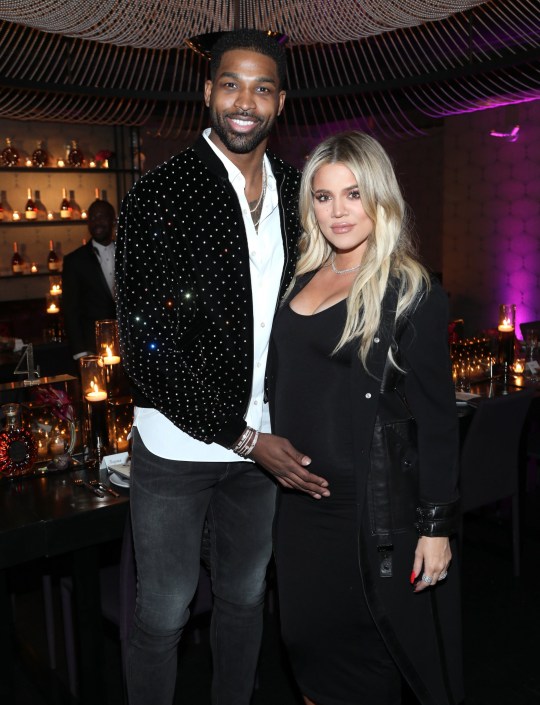 ‘But there were so many moments that we genuinely captured just because we’re almost always there. There’s almost always a camera going.

‘Our story goes in a completely different direction sometimes,’ she added. ‘We might be going there to shoot one thing, and then I’m usually like “Oh ok, I didn’t see this coming but here we go.”’

In a recent episode of The Kardashians, Khloe beamed while talking about how hard the athlete had been working to gain her trust – weeks before the baby bombshell.

Tristan flew in for this proposal, this was something he was not going to miss,’ she told the camera of footage showing the family celebrating Kourtney Kardashian’s engagement to Travis Barker, in October. 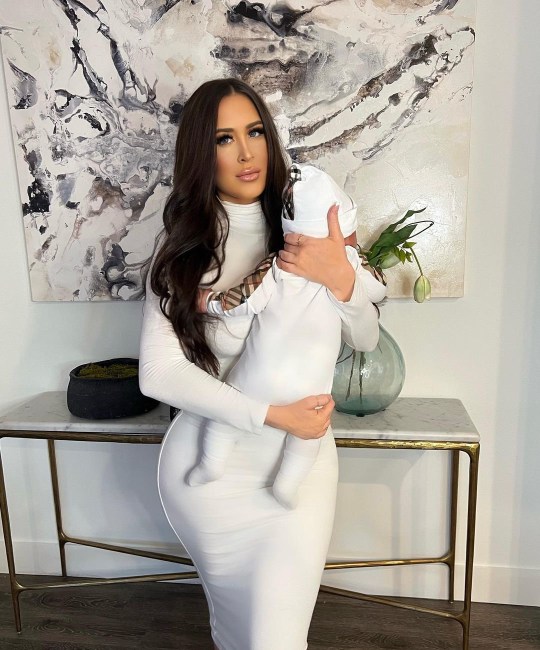 When questioned on how they are doing, she continued: ‘We’re good, we’re actually in a really good place. We just got back together.’

Making light of the drama, while the episode aired she joked: ‘Well we know how this aged #TheKardashians.’

Soon after the news of Tristan’s love child broke, he issued an apology aimed at Khloe.

‘I take full responsibility for my actions. Now that paternity has been established I look forward to amicably raising our son,’ he wrote on Instagram at the time.

‘I sincerely apologize to everyone I’ve hurt or disappointed throughout this ordeal both publicly and privately.

‘Khloe, you don’t deserve the heartache and humiliation my actions have caused you.

‘You don’t deserve the way I have treated you over the years. My actions certainly have not lined up with the way I view you.

‘I have the utmost respect and love for you. Regardless of what you may think. Again, I am so incredibly sorry.’

The Kardashians is available to stream on Hulu and Disney +.