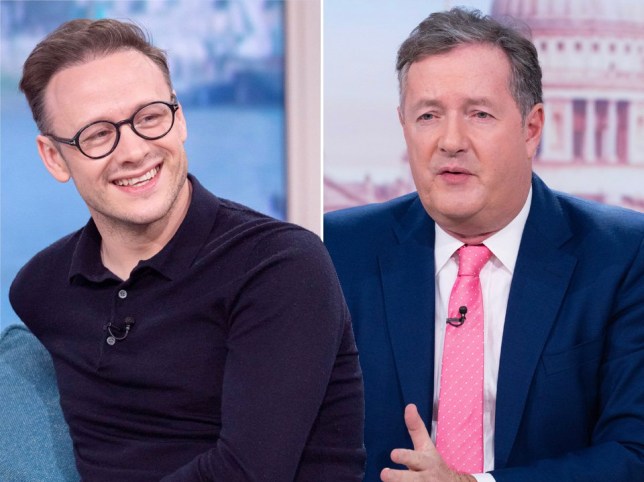 Kevin knows all about the world of wrestling (Provider: Rex)

The former Strictly Come Dancing pro – who is a huge wrestling fan – couldn’t resist making a cheeky comparison between he world of sports entertainment and Piers’ row with Alex Beresford.

While he seemed to suggest the host knew what he was doing with the attention the incident has received, he also backed Alex after the clash.

He tweeted: ‘I always say pro wrestling is a few decades ahead of the rest of the world. Oldest trick in the book this morning.

‘All @WWE fans recognised the classic “heel storms off to rile up the crowd and make them boo” (get more engagement). @alexberesfordTV is ace tho (sic)’

Tensions flared between Piers, 55, and Alex, 40, on Tuesday as they clashed over Meghan and Prince Harry’s interview with Oprah Winfrey at the weekend.

I always say pro wrestling is a few decades ahead of the rest of the world. Oldest trick in the book this morning. All @WWE fans recognised the classic âheel storms off to rile up the crowd and make them booâ(get more engagement).@alexberesfordTV is ace thoð

Alex told Piers: ‘[Meghan’s] entitled to cut you off if she wants to. Has she said anything about you since she cut you off? I don’t think she has but yet you continue to trash her.’

Piers then got up and walked off set stating: ‘I’m done with this. Sorry. You can trash me mate but not on my own show. See you later, can’t do this.’

In terms of wrestling, Kevin knows his stuff and previously opened up about the similarities between WWE and dancing.

He exclusively told Metro.co.uk: ‘I always compare it to dancing,’ he admitted. ‘You get dressed up in an outfit, you go out and essentially do a dance in the middle of the ring with a partner.

And Kevin’s comments about Piers aren’t the first time the real world has been compared to WWE, after Sami Zayn claimed Donald Trump had ‘infringed’ on his own character.

He tweeted last summer: ‘One petty reason I dislike Trump is that he has infringed on my gimmick of being a delusional, cowardly heel.

‘Not even joking. So much of the arrogance, paranoia, victimhood & denial that has long been the language of the heel wrestler is now attributed to him & it p***es me off.’

‘Man, 19, shot his aunt, grandpa and killed cousin after drug use confrontation’