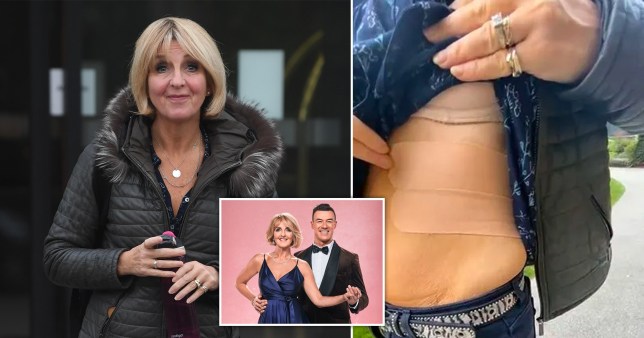 Kaye had better watch out for Kai’s impressive abs in the future (Picture: Mega/PA)

The Loose Women panelist showed off her bandages on an Instagram video posted on Friday as she went on a walk with her ITV co-star Nadia Sawalha.

Lifting up her top so her ‘wounds’ which were taped up were in full view, the 59-year-old explained she had hurt herself during ‘energetic’ rehearsals with partner, Kai Widdrington.

However, speaking to Metro.co.uk, the broadcaster spoke further about the nasty accident, revealing exactly what went on in the rehearsal studio to inflict such a bruise.

Kaye explained: ‘I slightly mistimed a lift as Kai was chucking me over his shoulder. You know how you bump your elbow on the end of a table? Well, I bumped my rib on Kai’s rock-solid abs.

Kaye added she was now feeling ‘absoutely fine’ after knocking into Kai’s abdomen, saying: ‘I must be a quick healer if nothing else.’

This week the duo will be performing the Charleston, a 1920s dance that originated from South Carolina, although Kaye admitted it was out of her comfort zone.

She added: ‘It’s challenging bringing a level of performance that’s required for the Charleston. My natural demeanor is pretty low-key and I’m for what I do in my normal life, I’m not particularly [theatrical]. So it’s a very different way of being for me as I’m usually a subtle eye roll kind of person.’ 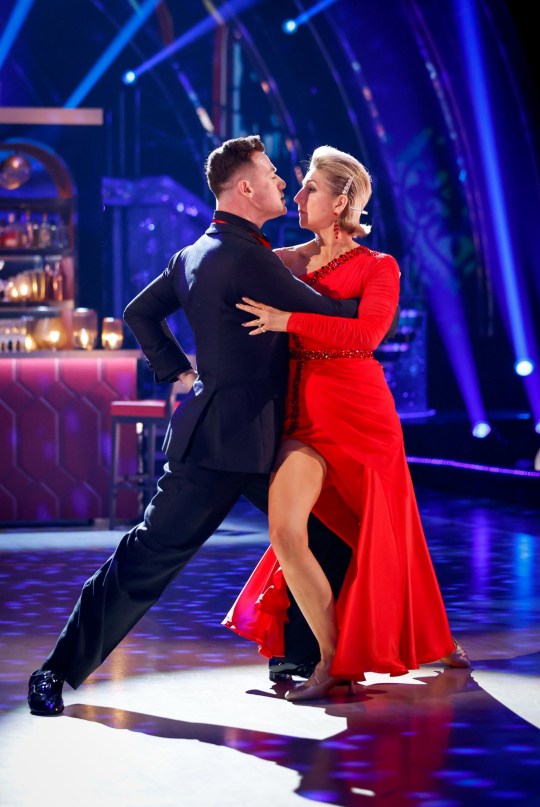 Kai added there was ‘no challenge’ in teaching Kaye the moves because she’s ‘positive, wants to learn and turns up earlier than me to practise.’

He said: ‘I’m having a great time; I’ve got someone that wants to learn to dance and we get on like a house on fire. I couldn’t have wished for a better partner to be honest.’ 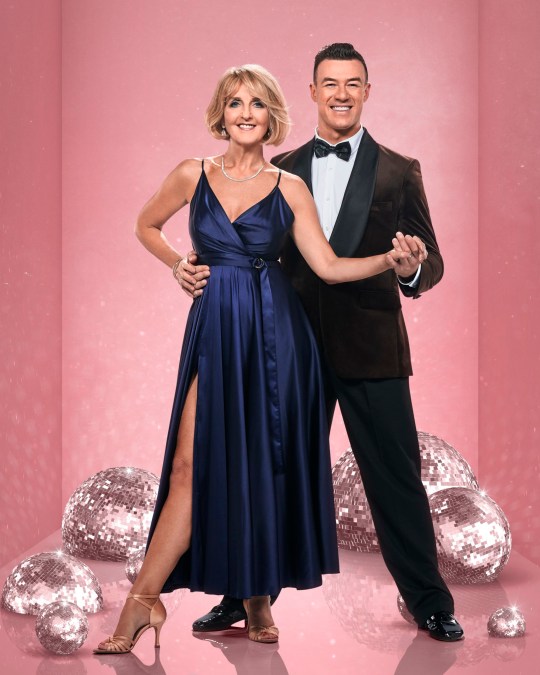 Kaye and Kai get on ‘like a house on fire’ (Picture: BBC/Ray Burmiston)

Ahead of performing for the first time live on the juggernaut BBC series last week, Kaye said she was having some ‘pretty crazy thoughts’ before going on the ballroom floor.

She joked: ‘I was thinking, “I just cannot believe that I am doing this”. It was a kind of out-of-body experience, but I just wish that I was in somebody else’s body.

‘I guess you are conscious that you’re trying to play a character that you don’t feel naturally sets easily with you. I have said it felt like granny night, but
my friends Nadia and Jane [Moore] from Loose Women had told me to shut the f*** up about that and I promised them I would do that.’ 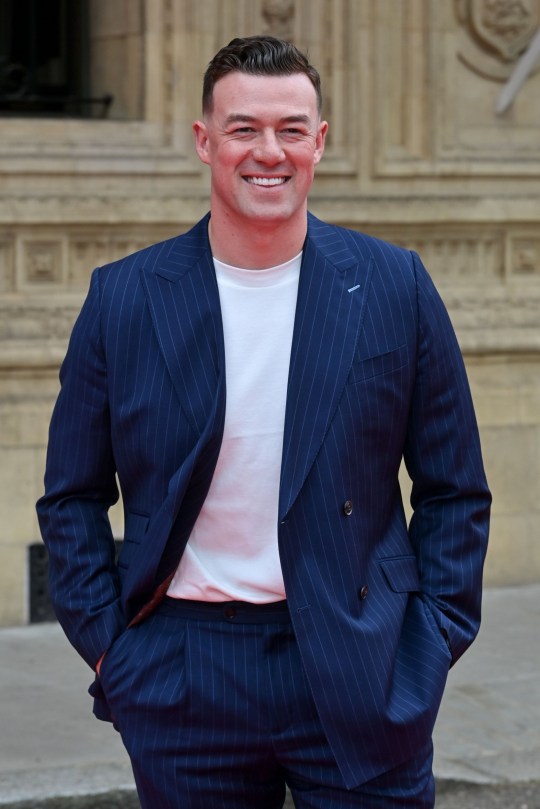 Kai’s adamant the pair will make it through next week (Picture: REX/Shutterstock)

Meanwhile, Kai quipped that while dancing he becomes a ventriloquist and subtlety mouths instructions to Kaye, adding: ‘I think I should go on Britain’s Got Talent.’

With the first eviction looming, Kaye confessed she would be ‘sad’ to go because it’s a ‘wonderful show to be a part of.’

She added: ‘I have not regretted a second of this. It’s been a fantastic experience. It’s been so new to me and it’s been a joy to be around all of these people in front of and behind the camera.’

Kai said that being booted out first was ‘not going to happen’, revealing he was absolutely determined to get through to Movie Week.

Last week, Kai and Kaye danced the Tango, earning a score of 21 out of a possible 40 from judges Craig Revel Horwood, Motsi Mabuse, Anton Du Beke and Shirley Ballas.

Strictly Come Dancing continues tomorrow on BBC One and iPlayer at 6.30pm