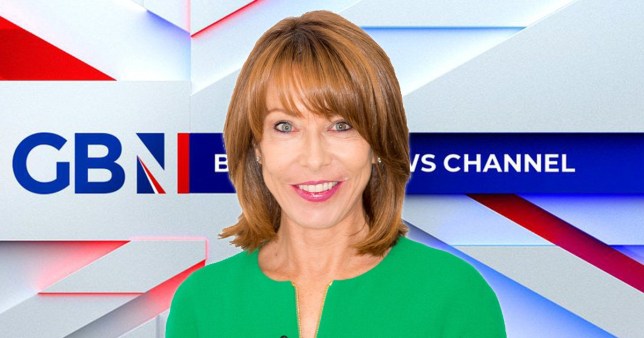 Kay Burley is set to return to Sky News and has shown she’s not afraid of the GB News competition (Picture: GB News/REX)

Kay Burley has hit out at new channel GB News, suggesting she’s looking forward to being in competition with the platform.

GB News is a new British news channel providing a mix of news, opinion and debate set to launch this year, with stars like Andrew Neil, Simon McCoy and Kirsty Gallacher signing up.

But it appears Sky News presenter Kay, 60, does not feel threatened by the new competition.

Responding to a Twitter follower who told Kay: ‘Roll on GB News,’ Kay responded: ‘We plan to.’

The broadcaster’s message comes after she recently hinted she knows when she’ll return to Sky News following her suspension.

Retweeting a message from a follower which read: ‘When is Kay back, anyone know?’, she posted: ‘I do.’

Kay was taken off air for six months after she was found to have breached lockdown restrictions for her birthday in December of last year.

The television star was found to have dined out with 10 people when only six were allowed to meet up at the time.

It was reported at the time Kay would be off for six months and should return in May this year.

Apologising for her actions at the time, Kay wrote online: ‘I made a big mistake and I am sorry. I have today agreed with Sky News to step back from my broadcasting role for a period of reflection.

‘It’s clear to me that we are all in the fight against Covid-19 and that we all have a duty to stick firmly by the rules.

‘It doesn’t matter that I thought I was Covid-compliant on a recent social event. The fact is I was wrong, I made a big mistake, and I am sorry.’

She added: ‘I very much look forward to being able to continue my 32-year career with Sky when I return.’