Katy Perry confirmed that we’ve all been singing Firework wrong for over a decade (Picture: WireImage)

Katy Perry has just dropped a huge bombshell about one of her biggest hit songs, and our minds are blown.

During a recent episode of American Idol, the 37-year-old revealed that everyone has been getting the lyrics to Firework wrong since it was first released in 2010.

Not only that, she took a moment to school fellow AI judge Luke Bryan – and all of us watching on from home – on the correct way.

Side note: It’s like Lindsay Lo-han, Lo-wen all over again…

‘I mean, once Katy went,’ Luke stood up before launching into a screechy rendition of the absolute banger in front of Lionel Richie. 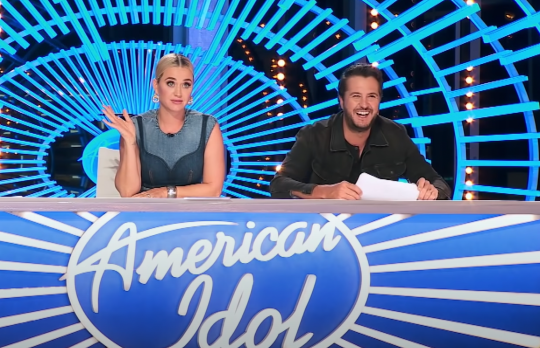 Katy Perry wasn’t here for the mix-up of her banger (Picture: ABC)

‘Well what is it then, because I’ve been dying to know all these years,’ Luke replied sarcastically.

To be honest, ‘leave them all in awe’ does make more sense than whatever we’ve been belting out at karaoke…

Everyone was left shaken by the realization that they have been screwing up the song for years, and shared their shock on Twitter.

Quote-tweeting Katy’s video of the scenes, one penned: ‘Shut up, I’ve been singing “ahh” for f**king 12 year?!’

‘So I was singing it wrong all these years,’ another agreed.

While many more were living for the Teenage Dream singer finally setting the record straight.

A Twitter user cheered: ‘GET HIM @katyperry AWE AWE AWE!’

‘The disrespect that this man committed to this sacred song is unforgivable,’ a follower fumed.

Review: Will You SnAIl? (Nintendo Switch)