KATIE Price’s son Harvey has promised to look after Carl Woods after he broke his arm in a horrific gym accident.

The disabled 18-year-old was shown the nightmare fracture in a sweet video where the lad told him: “Keep it brave.” 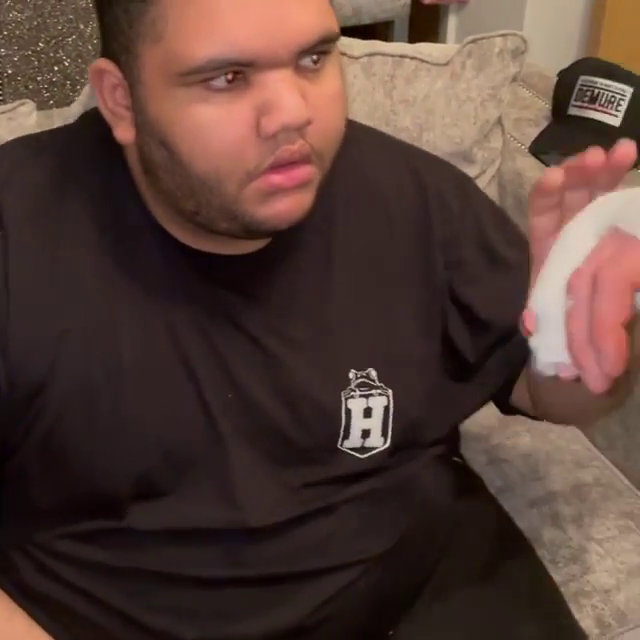 Tenderly examining the arm, which was wrapped in plaster he said: “Sore arm – get better soon Carl Woods.”

Asking if he would look after the 31-year-old car dealer, he replied: “OK will promise Carl” before blowing him a kiss.

As The Sun revealed earlier today, Katie spent the night in A&E by boyfriend Carl Woods’ bedside after he shattered his hand in a nightmare gym accident. 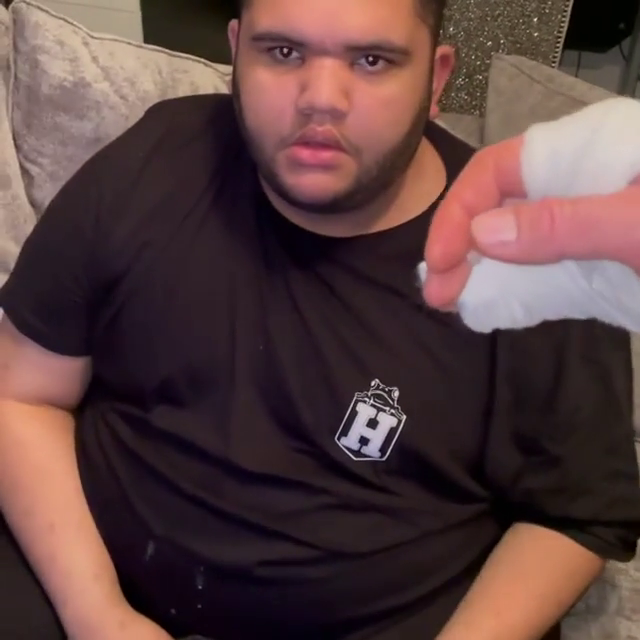 The 18-year-old told Carl to ‘keep it brave’ and promised to look after himCredit: Instagram 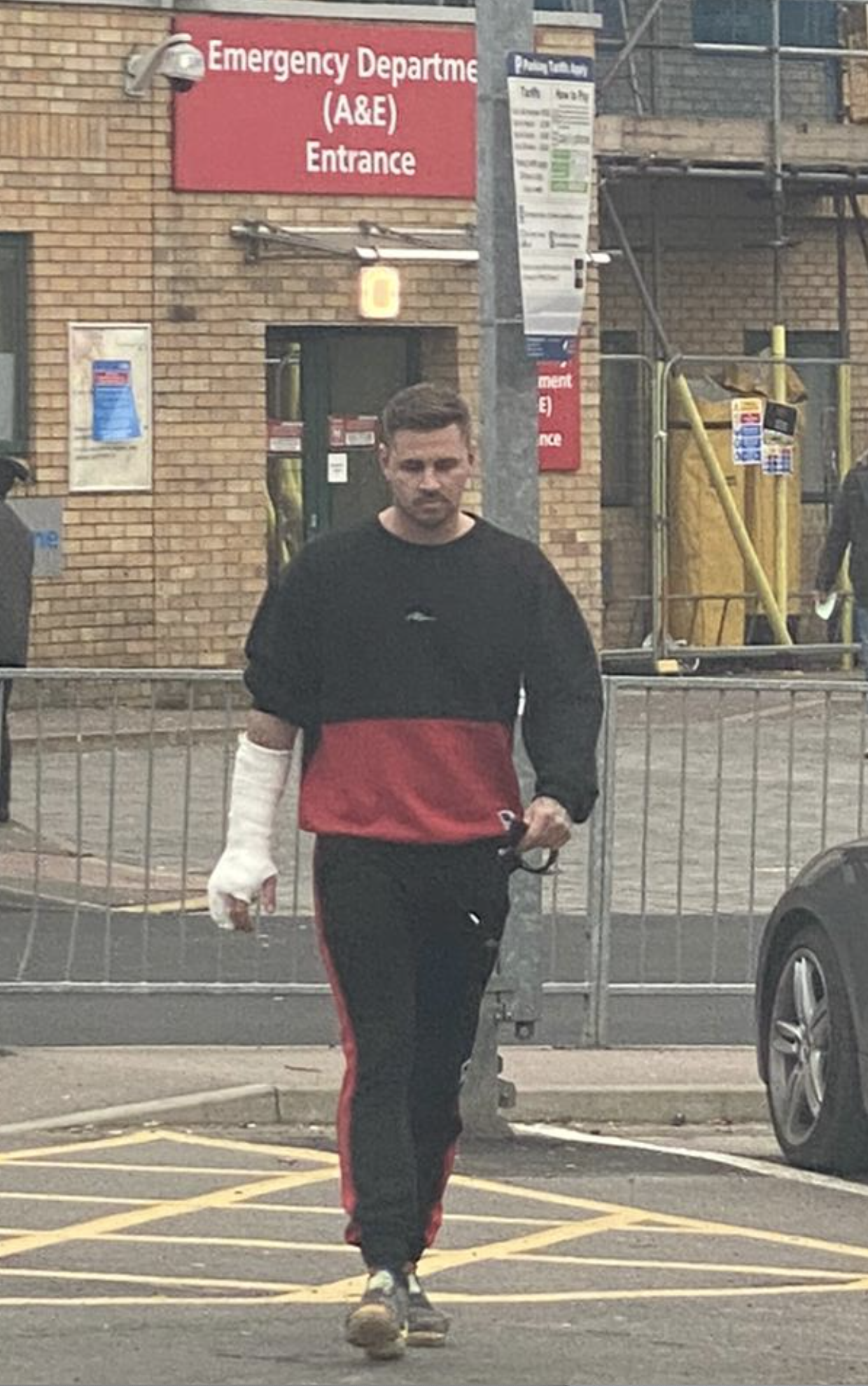 Katie Price’s boyfriend Carl Woods has ended up with a broken hand after an accidentCredit: The Sun

The 31-year-old car dealer was rushed to hospital with the 42-year-old after slipping and dropping a heavy dumbbell on himself.

Carl, seen leaving the Emergency Department with his arm clamped in bandages in our exclusive pictures, is said to be in agony after smashing three bones.

Katie has limited mobility herself after breaking both her feet on holiday last year and relies on Carl to get around.

A source told The Sun: “This is the worst possible situation for the pair – they’re now both struggling with severe injuries. 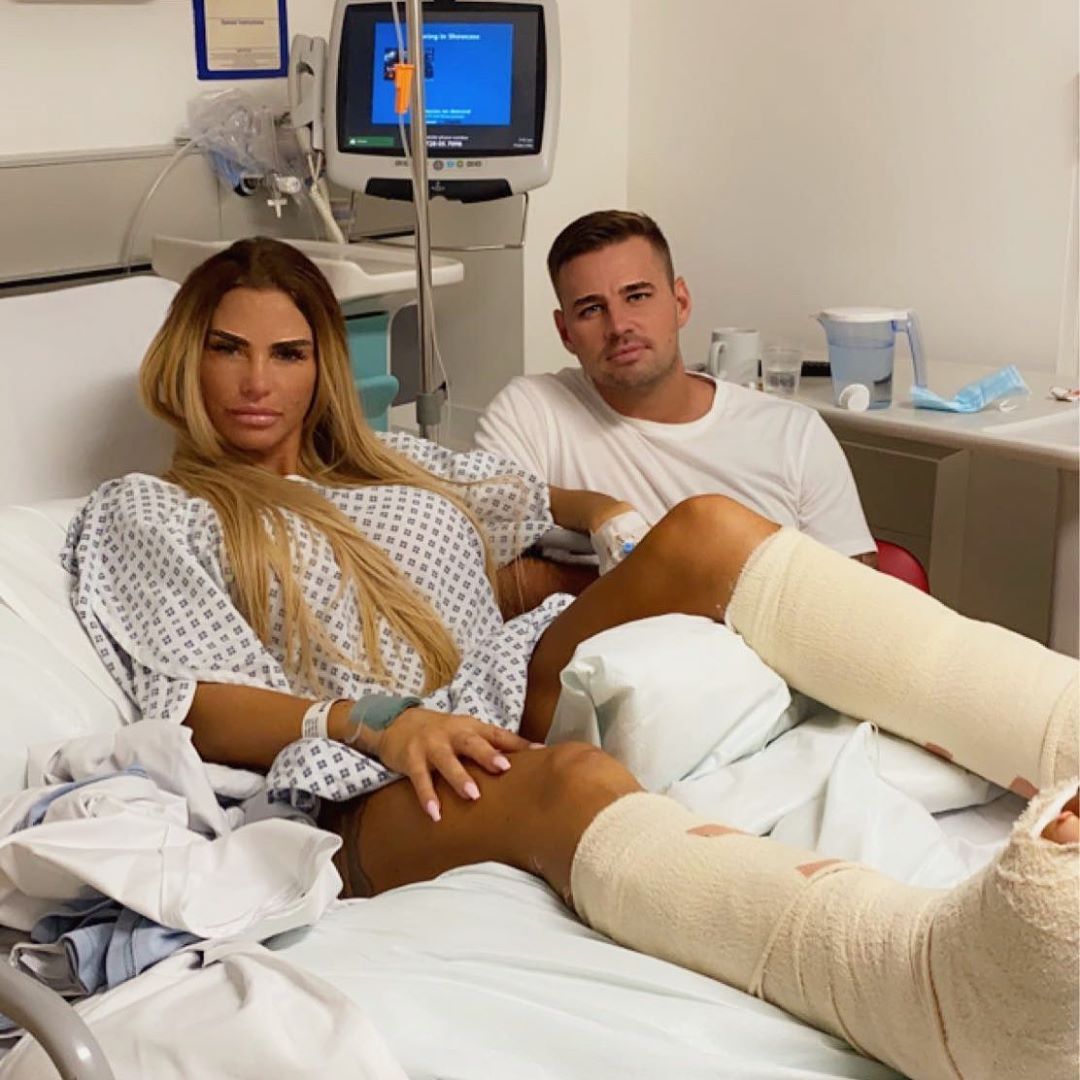 He has been nursing Katie back to health after she broke both of her feetCredit: instagram 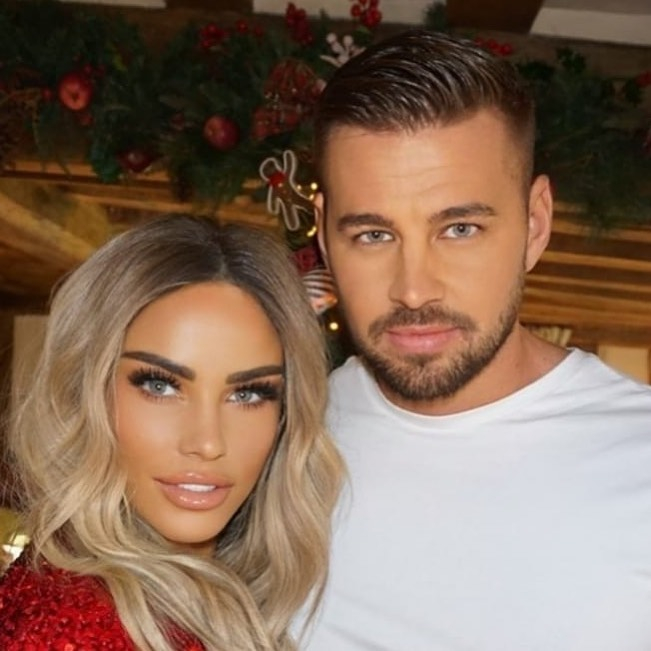 It is the ‘worst possible situation’ for the pair to both have injuriesCredit: Instagram

“Carl has broken three bones in his hand and has had to have his whole arm put into plaster and is now facing an operation to get it fixed.

“He’s in absolute agony and spent hours at the hospital getting X rays and everything put back into place.

“It’s just typical of Katie’s bad luck at the moment that his hand is out of action while she’s recovering from breaking her feet.”

The pair are now back home after Carl was discharged with bandages securing his arm, hand and two of his fingers. 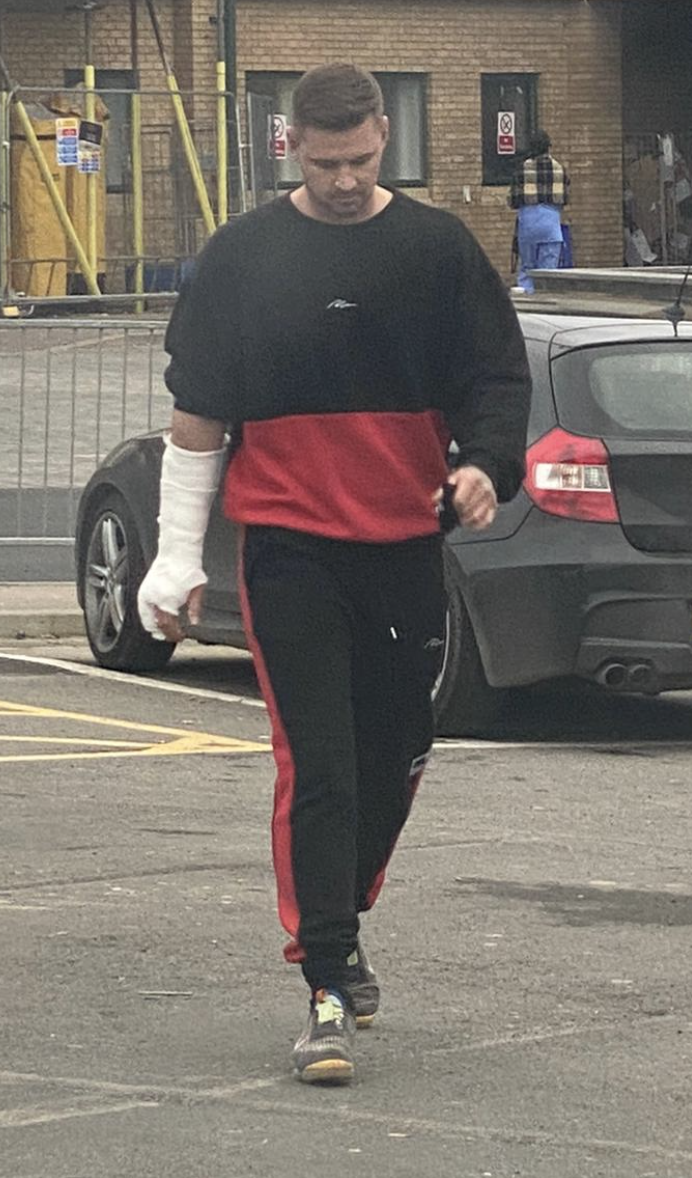 The car dealer has broken three bones after dropping a heavy dumbbellCredit: The Sun 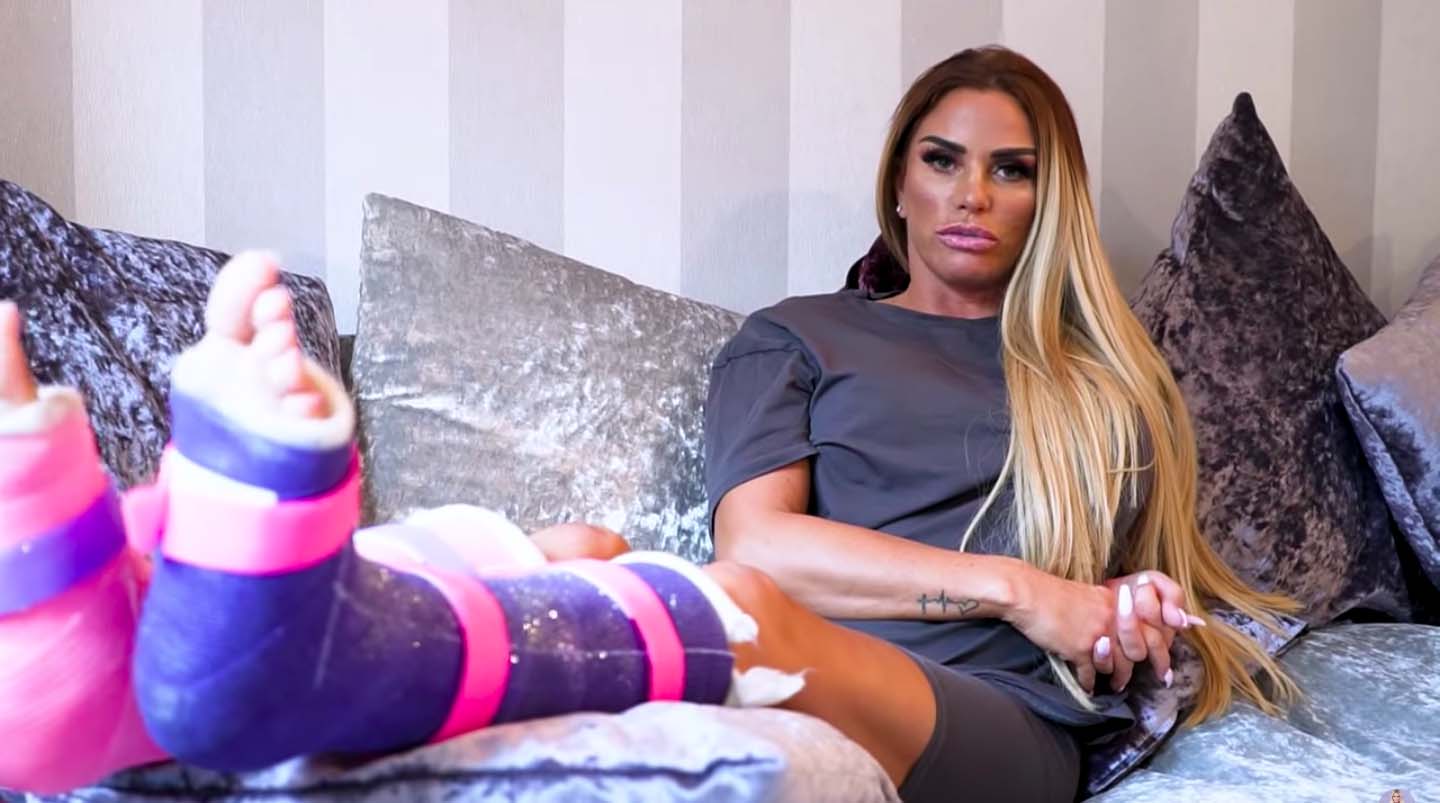 Katie, seen with her feet in plaster, knows how it feels to recover from a nasty fractureCredit: Katie Price/Youtube 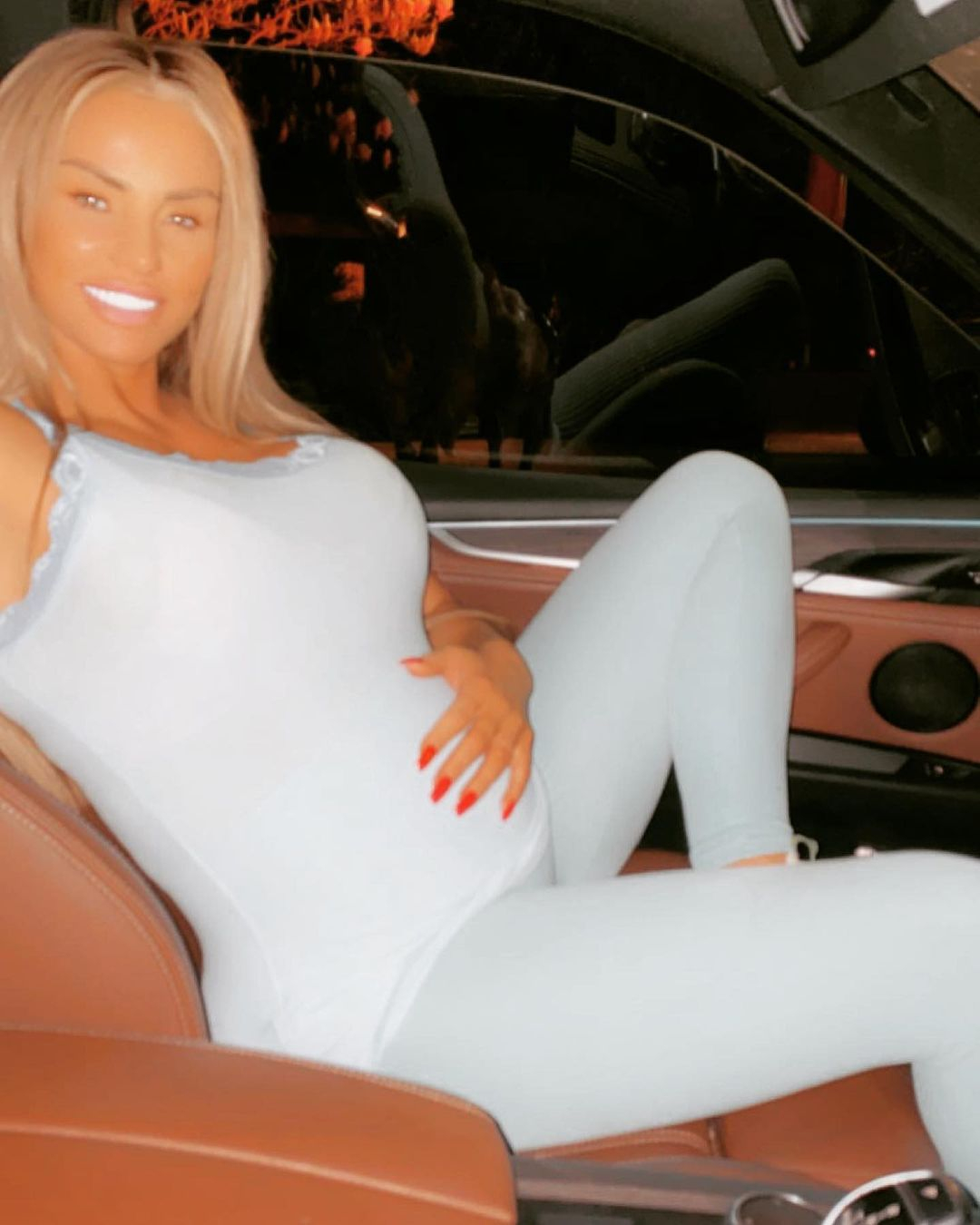 The star sparked rumours she was pregnant after she posted this picture last weekCredit: Instagram / Katie Price

The mum-of-five has been confined to a wheelchair with her feet in orthopaedic boots after an accident on holiday in Turkey last year.

She leapt from a wall, not realising the drop that lay behind it and has been left with life-changing injuries and warned she may never walk properly again.

The damage was so severe that it took an eight-hour operation to fuse the bones in her feet back together.

Despite their injuries, the pair have been forging ahead with their plans to have their first baby together.

Katie even sparked rumours she was already pregnant on Thursday night when she posed with her hand resting on her tummy – sparking a flood of congratulations from friends.

Summer holidays ARE at risk and UK can’t be ‘deaf and blind’ to Europe’s third Covid wave, says minister