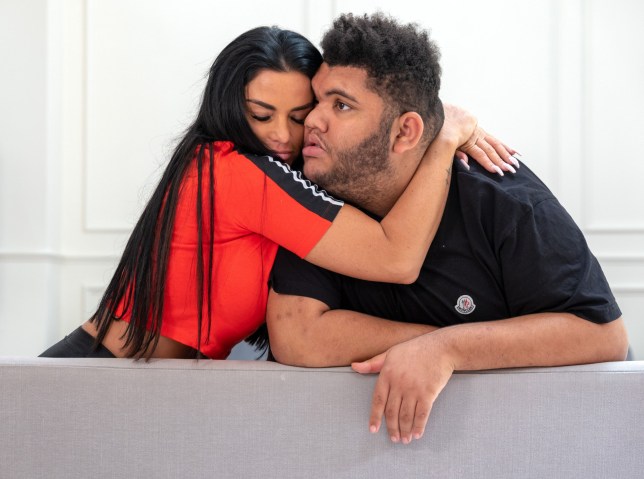 Katie Price is reportedly set to make some huge life decisions in her next BBC documentary, including who will look after her son Harvey after she dies.

The My Crazy Life star and 18-year-old Harvey, who has Prader-Willi syndrome and is partially blind and autistic, received masses of support from viewers following their documentary Harvey And Me.

While the first documentary followed the mum-of-five as she and Harvey tried to find a residential college for him, Katie reportedly wants to show more aspects of parenting an autistic child.

A source said: ‘Katie hadn’t given much thought to what would happen to Harvey once she was no longer around. It seemed a long way off and something she could put to the back of her mind.

‘But this past year has hammered home how unpredictable and fragile life can be, something she knows from her family’s health dramas. It’s spurred her into making some very difficult decisions.’

They added to The Sun: ‘It’s a topic that Katie and producers are keen to explore, as no doubt there are many parents like her who haven’t even considered how to ensure their children are looked after in the event the unthinkable happens.’

Harvey And Me racked up four million views on BBC iPlayer, with Katie being praised by friends and fans alike.

The 42-year-old also stressed that she wants to ‘continue the conversation’ regarding the struggles parents may face with children who have disabilities.

She tweeted: ‘I wanted to say thank you so much to @bbcone @Minnow_Films and the general public for all your support in the lead up to #HarveyandMe and the incredible feedback tonight.

‘This really has been such an amazing journey for Harvey and myself, and I want to continue the conversation surrounding the difficulties that parents of children with complex needs face, and help parents going through a similar situation.

Metro.co.uk has contacted reps for Katie Price for comment.

Harvey and Me is available to watch on BBC iPlayer.