Kate Garraway has celebrated her ‘extraordinary’ children Darcey and Billy for staying so strong throughout their dad Derek Draper’s hospital battle.

Appearing on Good Morning Britain today to talk about tonight’s documentary, Finding Derek, Kate, 53, was emotional as she spoke about her fight to remain positive for her husband’s recovery.

Derek, 53, has been in hospital for more than a year after contracting coronavirus last March, being placed into a coma as issues such as kidney failure and liver damage arose.

He is still yet to recover, with his muscles depleting due to being bound to a hospital bed, and he is still struggling to talk.

But Kate has praised Darcey, 15, and Billy, 11, for staying so strong in such a difficult time.

‘I mean they are fundamentally extraordinary,’ Kate told Ben Shephard and Susanna Reid. ‘All children are extraordinary – every parent thinks their child is extraordinary. 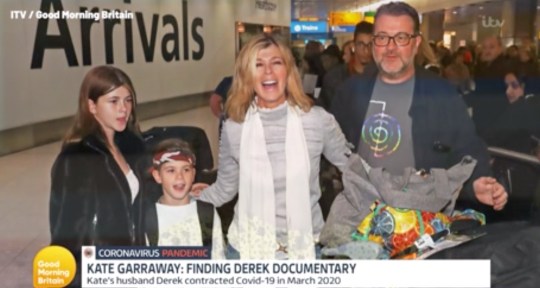 Kate Garraway has shared her pride at the strength of her kids Darcey and Billy (Picture: Rex) 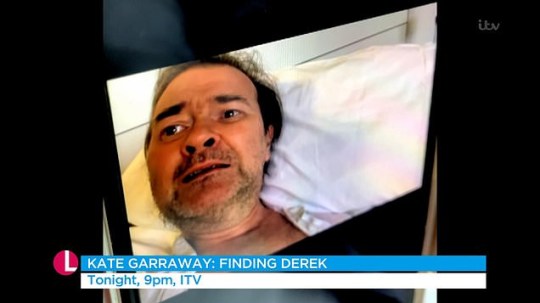 Derek has had to remain in hospital with his condition getting worse (Picture: ITV)

‘But I think they’ve coped tremendously well, I mean the simple act of talking on FaceTime to a dad that’s very changed, is a huge one.

‘They cope with it in their different ways. You know, they’re amazing.’

‘They’ve both seen [the documentary],’ Kate confirmed. ‘I wanted to make sure they felt comfortable with it.

‘I was comforted by the fact that a) obviously they’ve seen lots of things that are going to be a shock to people, because they’ve been talking to him on FaceTime, and then, Billy’s main comment was, “I can’t believe that they show the bit of me on the trampoline before I could do a backflip, I’ve since learned to do one”.

A clip that later aired on Lorraine showed Darcey and Billy learning the Dirty Dancing lift together, with Billy showing Derek over Facetime his work on a Lego Millenium Falcon.

Kate is looking at a potential lifetime of caring for Derek, and has already started making renovations on her house to accommodate a wheelchair when he’s home.

She even admitted she has considered quitting Good Morning Britain in order to look after him, but has since clarified that she doesn’t need to.

How can we stop an NHS staff exodus once the pandemic subsides?