Loose Women’s Janet Street-Porter has spoken about how Kate Garraway’s documentary on her husband Derek Draper’s battle with coronavirus reminded her of her nephew’s ‘tragic end’.

The film explored how the 53-year-old’s health has been affected since his coronavirus diagnosis, having emerged from an induced coma into a minimal state of consciousness in July last year.

Janet said that the film brought back ‘personal memories’ for her, as her ‘husband made a documentary about his son who suffered enormous physical and mental difficulties’.

The broadcaster added that it also reminded her of her nephew, who she remembered visiting in hospital while he was on life support. 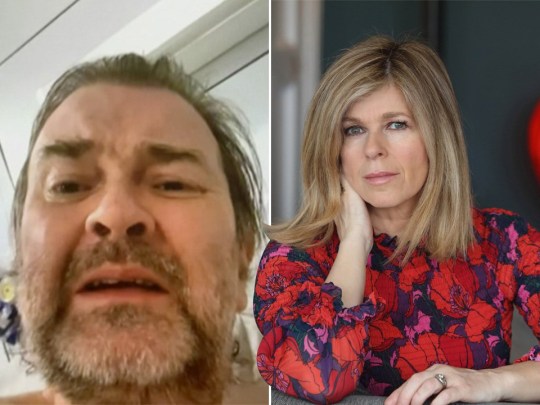 Derek could remain in hospital until December this year (Picture: ITV)

‘It reminded me of the tragic end of my nephew, who entered a coma, who collapsed and never came out of a coma,’ she said.

‘And I remember being in the hospital when he was on the life support and willing him, willing him to pull through. And that’s all you can do.’

Janet added that she was ‘so moved by what I saw on television last night’, while Kaye stated: ‘Kate Garraway, we are in awe of you.’

Brenda said that she connected with the film ‘on the child side’, having become an orphan at a young age, and also due to her personal experience of being diagnosed with breast cancer 2016 and being open with her children about her journey.

At the end of Kate Garraway: Finding Derek, a title card appeared that revealed that Derek could remain in hospital until December 2021.

Piers Morgan and Ben Shephard led tributes for Kate following the release of the ‘heartbreaking’ film, with Good Morning Britain presenter Ben writing: ‘So proud of my friend @kategarraway she continues to surprise, delight, occasionally infuriate but always inspire me.

‘Thinking of Kate, her family and anyone who is battling Covid or has lost someone close to them to the virus.’

Piers tweeted: ‘Love you @kategarraway’ before adding a quote from Nelson Mandela, which read: ‘It always seems impossible until it’s done.’

What the numbers mean for you today Wednesday March 24