KENDALL Jenner stepped out sporting a new look and fans aren’t loving it, comparing the model to The Joker.

The model joined mom Kris Jenner and sister Khloe Kardashian in Los Angeles for an event related to their Hulu reality show, The Kardashians.

Kendall Jenner is sporting a new look that fans are comparing to The JokerCredit: Getty Images – Getty 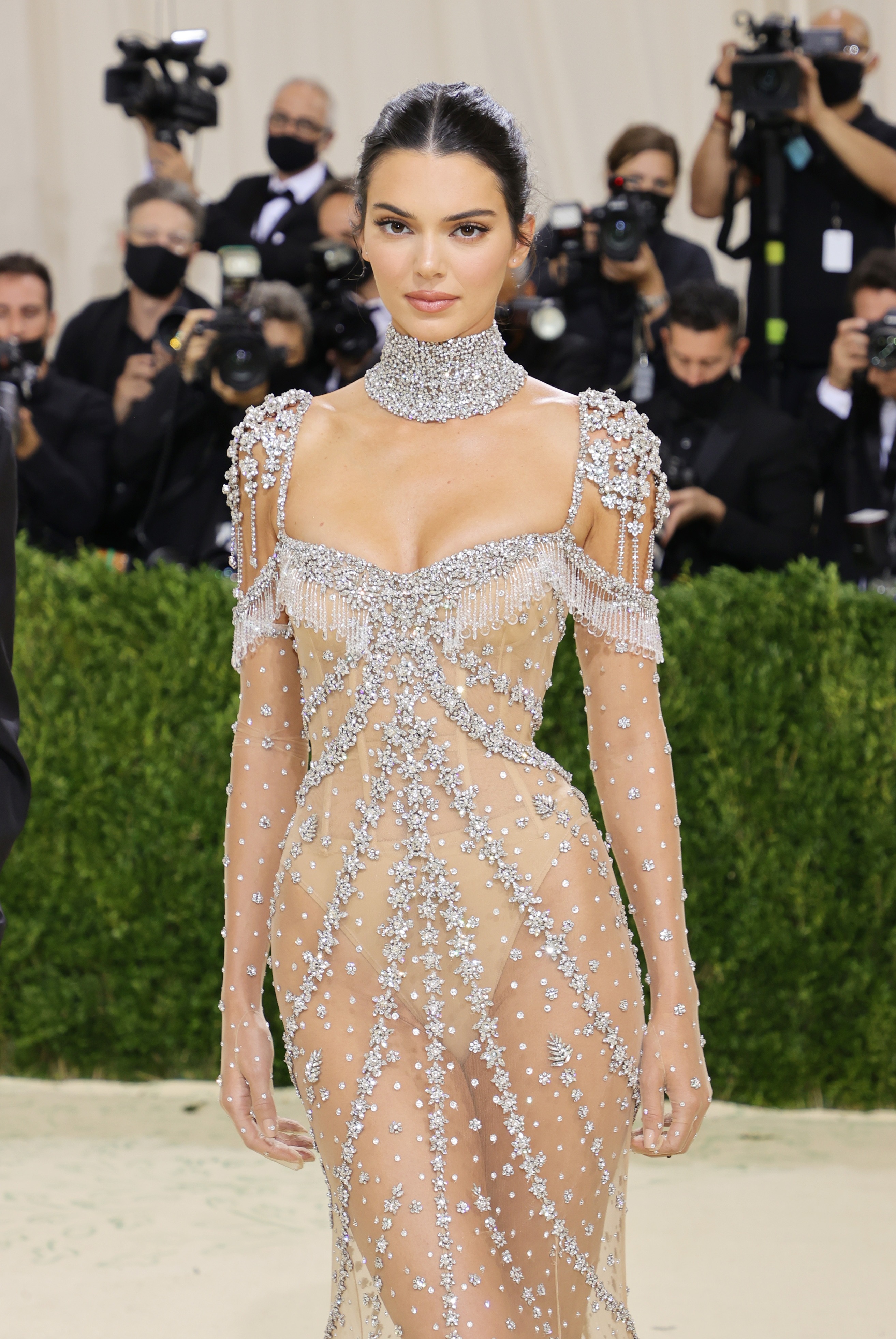 The reality star has been facing rumors of plastic surgery as of lateCredit: Getty

On Wednesday, Kendall, 26, stepped out sporting a dusty pink ensemble that included a knee-length skirt and button-front top.

It wasn’t her outfit that had fans buzzing, however.

After the outing, fans took note of presumed changes to Kendall’s face.

Many pointed out her angular brows and cheekbones, which appeared higher and plumper than in the past. 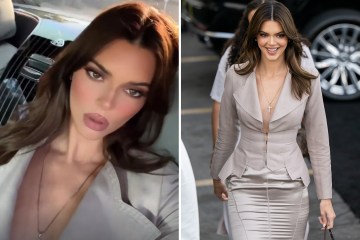 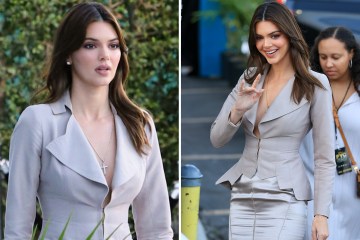 On Reddit, fans claimed the model “looks so different.”

One particularly harsh critic wrote: “She looks like the joker whenever she smiles now. Not good.”

Another wrote: “She’s looking more and more similar to her surgically-modified sisters.”

A fourth Reddit user wrote: “What did she do to herself! It’s beyond subtle now.” 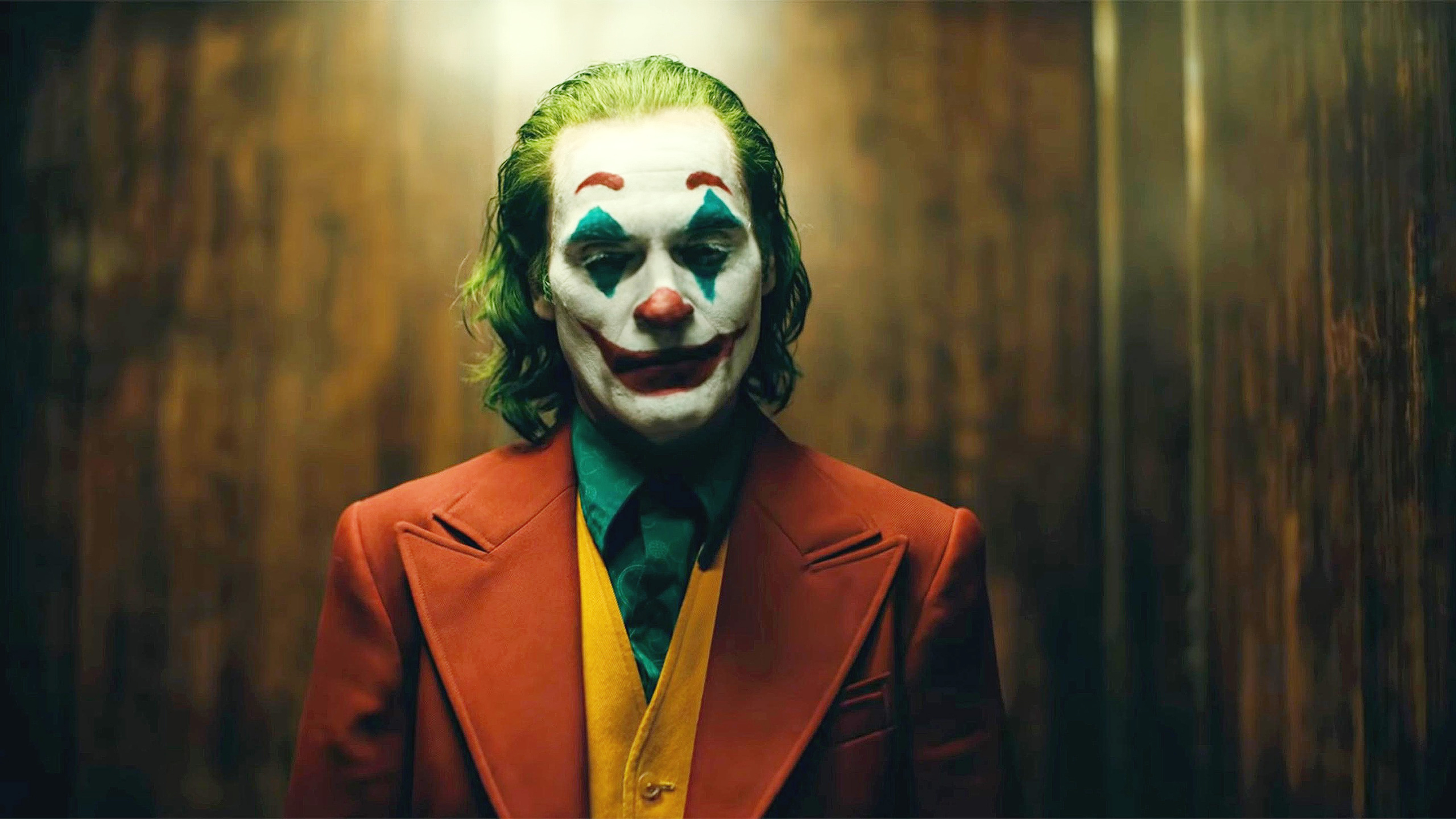 Kendall has been keeping fans on their toes as of late, drawing unusual comparisonsCredit: Warner Bros

There’s been a lot of buzz about Kendall’s appearance as of late, with fans speculating that she secretly went under the knife.

Last month, Kendall appeared to fuel rumors that she had a breast augmentation.

She went braless in a social media snap, posing in an 818 tequila crop top and green shorts.

Rumors were first sparked after images from the Kardashian’s Hulu show were released.

Images from a collaboration with sister Kylie Jenner’s makeup brand only furthered that speculation.

Fans theorized that Kendall had “several” boob jobs and claimed that “the difference is noticeable.”

“The way they sit on her chest equals fake,” said one critic on Instagram.

“Came straight here to say this when I saw her post. They look great but yeah I bet they’re not real,” said another fan.

“Absolutely. They’re massive for her frame and no boob is that perfectly round, perky, etc.,” a third agreed.

Kendall’s chest isn’t all that fans think has changed about her, though.

In April, fans resurfaced old photos of Kendall in a TikTok video, noting how much she’d changed through the years.

The video emphasizes a long-rumored change in the former Victoria’s secret model’s appearance – namely the size of her lips.

Fans seem to think that like Kylie Jenner and some of her other siblings, Kendall has plumped up her pout.

The tequila mogul is also facing rumors she got a boob job secretly.

In the TikTok video, the eldest of Caitlyn Jenner and Kris Jenner’s children is shown sitting with sisters Kim Kardashian and Kylie Jenner.

She interjects into the conversation, saying: “Are you talking about her lips? I don’t even know why you guys are freaking out or talking about this. No one needs it. Everybody’s perfect.”

Another video of a man singing the lyrics “Why the f**k you lying? Why you always lying” then starts playing.

After the song is done, photos of Kendall with much smaller lips flash onto the screen, zooming in on her mouth.

The reality star has been quiet amid the buzz. 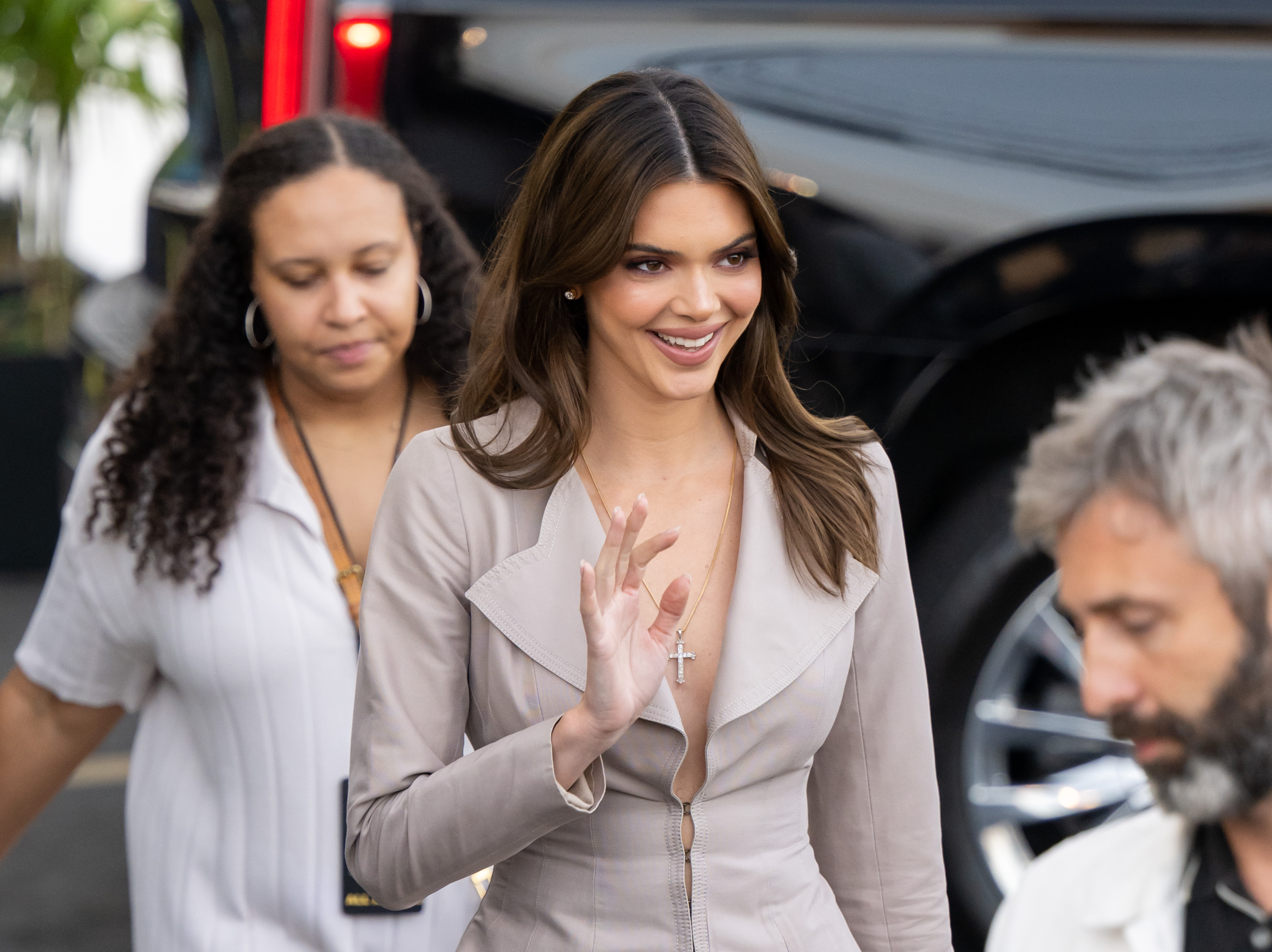 Fans have taken notice of changes to her appearanceCredit: The Mega Agency 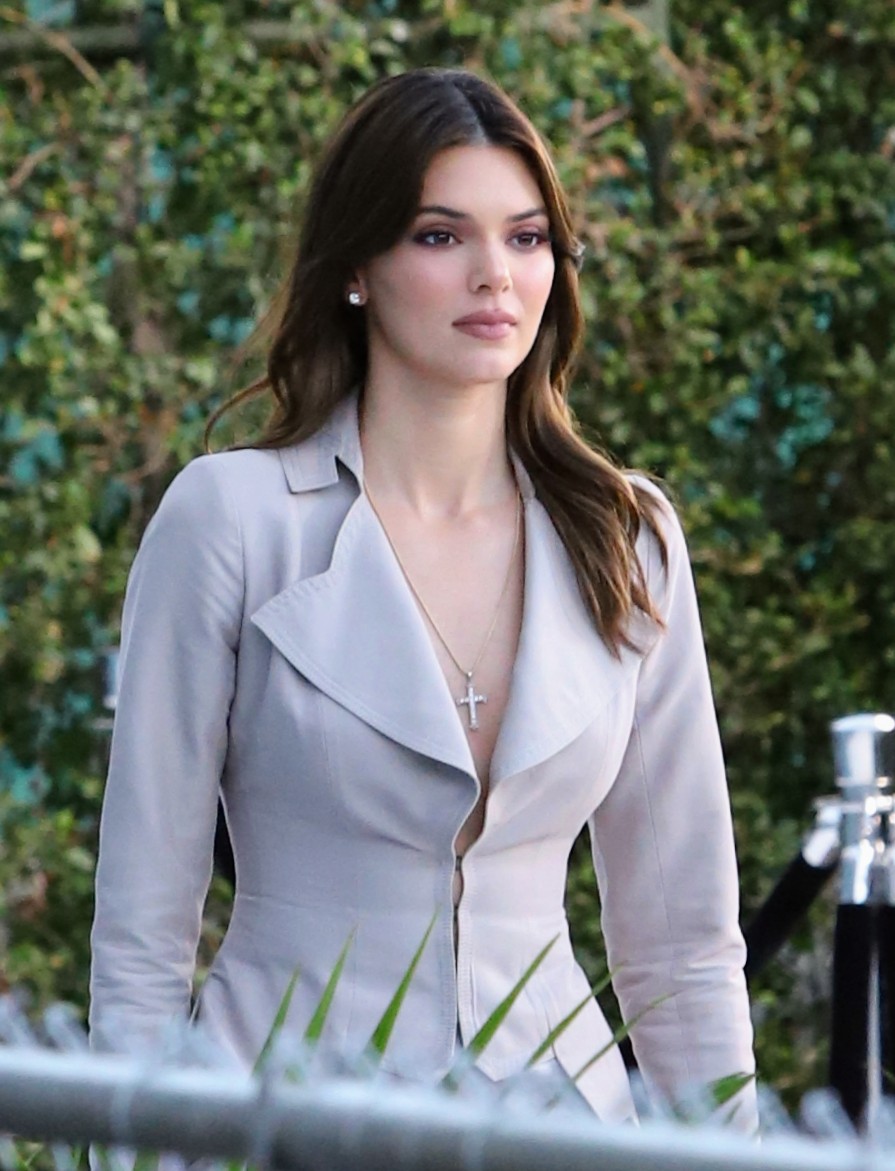 Many say she’s been plumping her lips, though Kendall hasn’t addressed those rumorsCredit: The Mega Agency 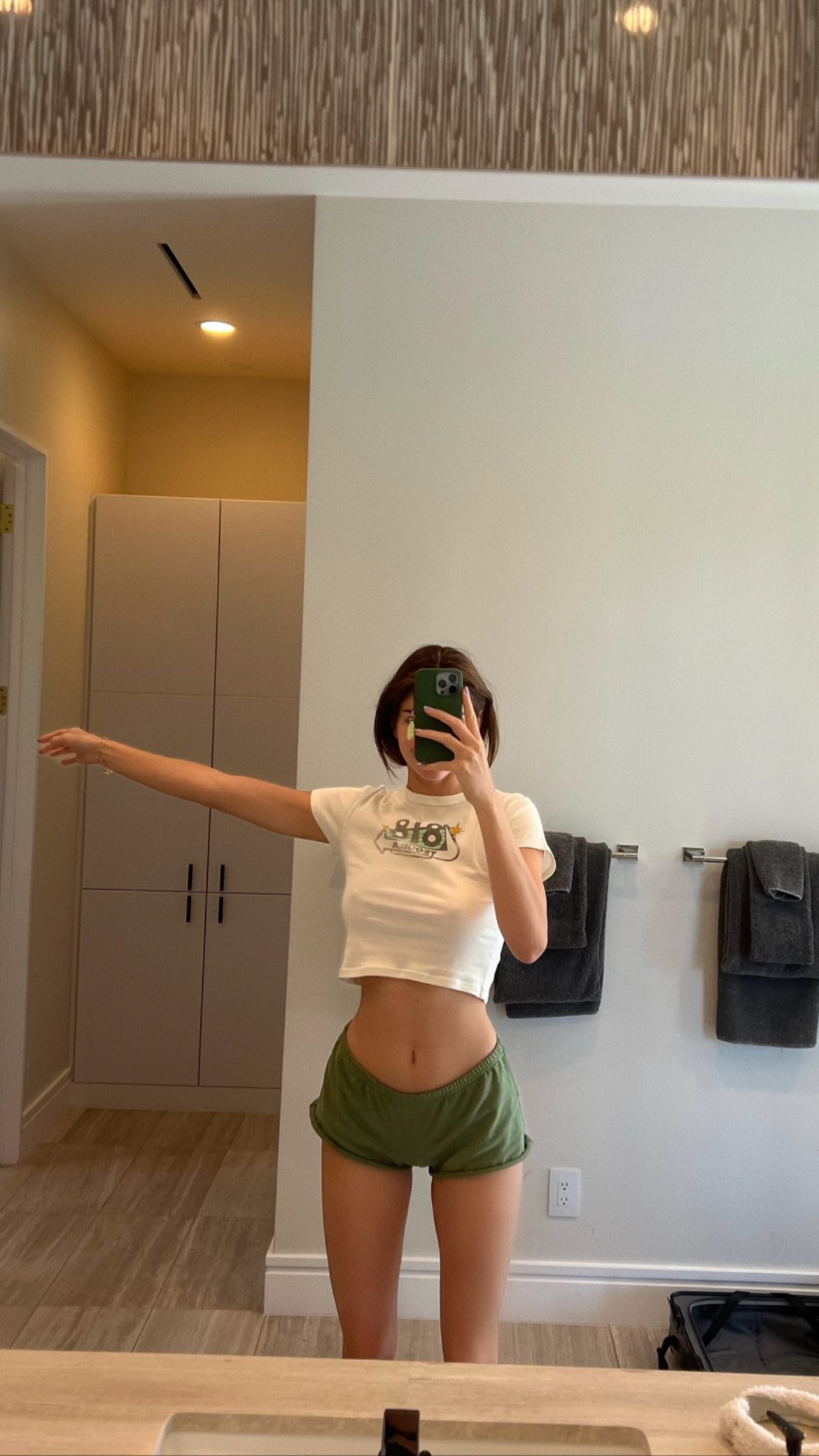 She’s also been rumored to have gotten a breast augmentationCredit: Instagram

Septic tank where woman’s body found ‘not searched’ in 1982,